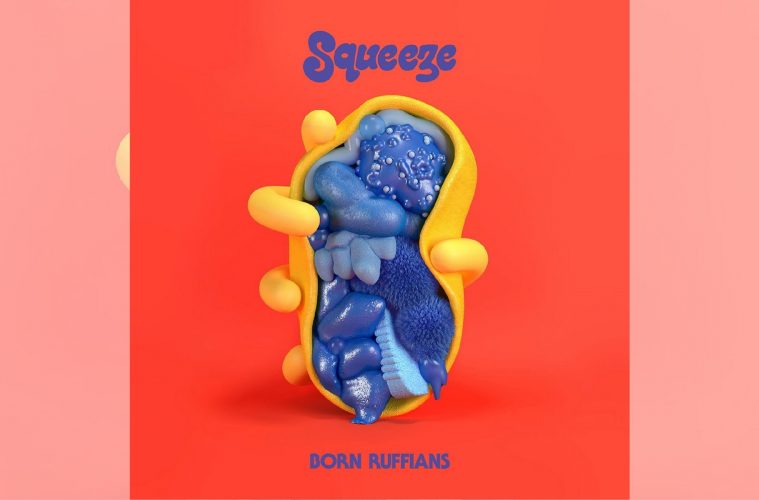 SQUEEZE does this sort of ominous fade in on “Sentimental Saddle”. Then it switches to something that sounds jangly and messy, and is all the better for it. The song builds a little on what it establishes early but it doesn’t become this big, unwieldy thing; it retains a sense of smallness, even in its larger moments. It’s closing section changes things around a fair bit, but remains fitting thematically.

In some ways SQUEEZE is a very light and pop record. There’s a strong focus on keeping things sounding fun, though there remains a serious undertone. Sometimes it’s more overt – “Waylaid” is a prime example, carrying itself as more of a “romantic mood” piece – but usually the songs stick to fun.

The mid-paced jam of “Sinking Ships” stays relaxed and slinky; despite its sombre lyrics, “Death Bed” retains the relaxed feeling, though the vocals in the background are a little too harsh for what’s going on. Perhaps that was part of the point. “Leaning on You” goes for some sort of slick pop feel; “Albatross” goes for something slower that seems like it’ll build to something and it does, but appreciably it avoids a sense of the grandiose. The closing horns are joyous, even though they sound rude and boisterous.

The rest of the tracks fit in well enough around these and much like the prior-mentioned ones, they’re enjoyable enough. It’s hard to say if Born Ruffians went either the extra mile or kept things more laid-back than they should have; their performances are adequate for the material, which seemed to ask for not doing the best that they could. The instruments do just enough and the vocals carry well enough; it’s all just enough.

Ending with an edit of “Waylaid” over “Albatross” may not have been the best move. Whilst viewable as a coda, it doesn’t add anything to the album. It’s a nice song and maybe Born Ruffians wanted to draw listeners to it more than other songs here, but it’s unnecessary attention to a repeat that feels unwarranted.

SQUEEZE sounds better considered than JUICE, and overall tighter and more concise. It’s as fun as the prior one and as enjoyable, though also warmer and more effective. It balances its sounds and feel better and, overall, carries itself well.