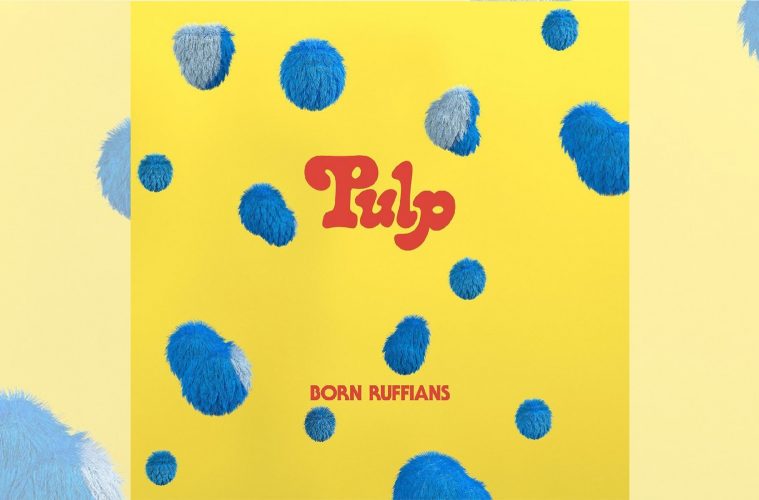 PULP is, as far as my understanding goes, a collection of B-sides that Born Ruffians consider an album that concludes a trilogy involving JUICE and SQUEEZE.

The album starts with “Checkin’ Out” which has this sort of escalating bop thing going on. It tightly alternates between, small and “twee”, and big and “twee” and toward the end gets big in the way that Born Ruffians do whilst remaining deft the whole way through. It’s a good start.

From there there’s a bit of jangle and a lot of fun, boppy stuff. Some songs are slower than others, and some overstay their welcome. Whilst pleasant enough, there’s no need for “Heat Wave”, “Husha and “Happy Parasites” to be as long as they are. “Types Of People”, “Beyond The Lightning” and “Ring Finger” make better use of their time.

There are some interesting ideas spread through out and Born Ruffians capitalise on them well enough. The additional percussion on “Beyond The Lighting” builds nicely on the main melody; The use of space on “Types Of People” helps provide a playful feel, and the approach to “Happy Parasites”  makes it feel like it’s constantly building up to explode.

It’s difficult to say as to how warranted PULP was. After JUICE and SQUEEZE. After those two albums it may have been better to call this one SATURATION as it feels like too much. Individually the songs songs are fine enough, but the album as a whole needed either more time, or rethinking. The songs all sound like they’re from the same band and they kind of fit, but there’s a disconnect that carries through them. PULP is a cute album, but as Born Ruffians push through each song it gets a little dull. As such, it works better as a collection of B-sides rather than a cohesive album.