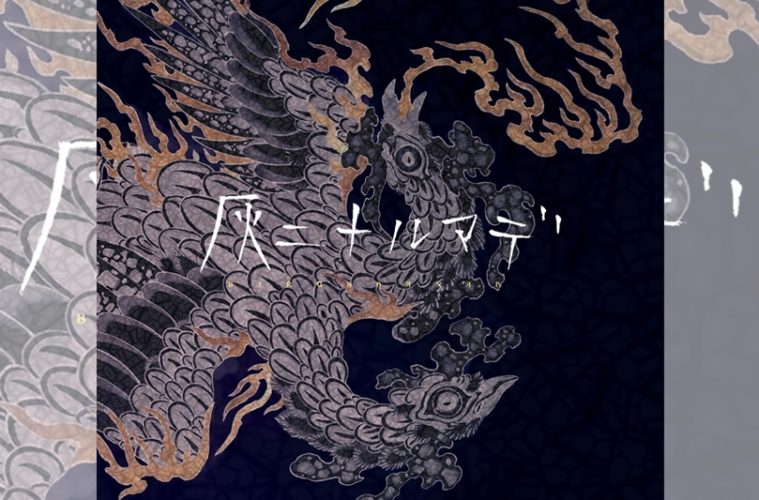 Recently BIRUSHANAH put out a new album by the name of 灰ニナルマデ. I don’t know what that means, so if anyone is happy to enlighten me, then by all means do so.

灰ニナルマデ  is an album that sounds like the band sat down one day and said “We don’t have enough percussion”. I’m aware that BIRUSHANAH have been doing this for a while, but still, that’s how it sounds. What’s impressive about the whole affair is how well everything works together.

Of course, the other elements of the music work just as well. The drums pulse and thump, and give the songs a lot of punch and flow. Despite sharing space with the additional percussion, it does not take a diminished role. Instead it sounds full and massive when it needs to and congeals well into the songs.

The guitar ranges from monolithic to small. It pulls back as necessary, chugs, drones and adds a great deal of width to the songs. It’s pretty sludgy, yet there’s still a great deal of clarity in notation. There’s an understanding of when to be tight and when to be loose, when to serve as a counterpoint and when to move along with the rhythm. Some of the guitar is overly familiar, but by no means is it ever dull. Like the other parts, there’s a lot of energy and enthusiasm in there, as well as intent and purpose.

The vocals sound like they take influence from choral, operatic music rather than anything closer to rock or metal. Many elongated notes take the helm and a great deal goes into the feel of the vocals. They’re expressive and dramatic in a way that suits the songs more than expected. The vocals don’t always follow the rhythm – not in a typical manner, anyway. However, when they move away from the standard following, they add another layer to dig into. Often the singer is happy to let the music speak for itself. As such, the vocals see use only when necessary. When used, it’s always to maximum effect.

All of the individual elements come together really well. The songs are, in many places, monolithic and heavy. However, they aren’t heavy for the sake of being heavy. They’re still quite expressive and, as in the individual components, as a whole there’s purpose. There’s reason for the heaviness to exist and it’s not for throwaway intentions.

The entirety of 灰ニナルマデ  sounds really massive. It has a lot to do with its percussive nature, but to say that that is the sole reason is to discredit BIRUSHANAH entirely. They’re a band interested in exploration iff they can make it work. Many interesting textures and sounds (including some outside of the guitar, vocals and percussion) permeate the album, and despite a few moments everything feels like it’s meant to be there. Odd tones and uncommon metres hold a place and sound natural rather than forced. What would have been the point of

All of this is to say that BIRUSHANAH are doing more to explore what is and isn’t heavy than many heavy bands. Not only is what they’ve crafted on 灰ニナルマデ  interesting; it’s also great. Music like this is rare. It’s also worthwhile.