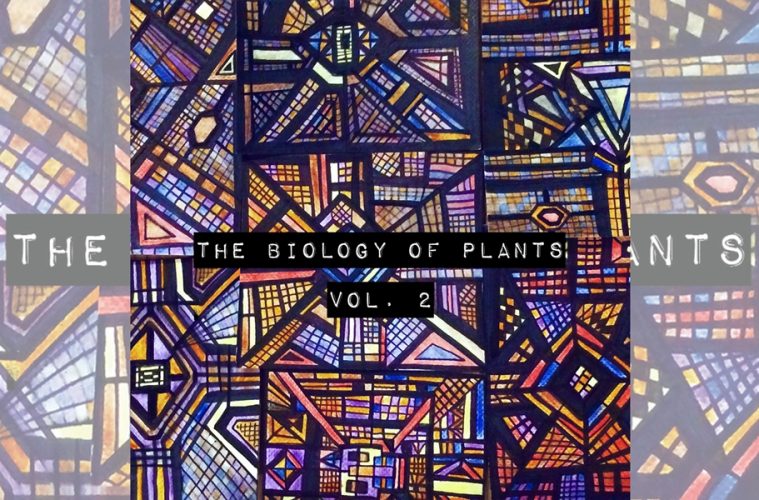 The Biology of Plants: Vol. 2

Vol. 2 makes for a rather pleasant listen. Soft tones alongside more tender instrument playing see use, and overall it’s kind of quiet. That’s not quiet in that The Biology of Plants are quiet; it’s in a sense that overall the EP is gentle and welcoming.

There are, of course, some more energetic sections, but the EP doesn’t always apply a quiet / loud dynamic. It seems as though the band worked on getting the flow of energy to be more about intensity than loudness.

The opening track (aptly named “Intro”) implies a sense of the mysterious and adventurous. It makes for an apt introduction to Vol. 2. However, it sounds like it was originally a part of “Ezra” rather than its own thing. If it was, then making “Intro” separate was beneficial. “Ezra” doesn’t constrain it due to not being on the same track, so “Intro” still functions as its own thing whilst sounding connected.

The interplay between the members is just a delight. Seldom does everyone decide to take up as much space as possible, so there’s a lot of clarity of what each person is doing. Due to the softness of it all, all the sounds sit nicely with each other.

What really shines here is just how much interplay sounds important without sound like it was the focus. A lot of the time everyone is working to layer over each other whilst adding their own thing rather than hogging attention. Sometimes someone gets some focus, but it always comes off as “What can I do to add to the song?”. If someone starts doing something slightly different, eventually either everyone will move to that, or the person will go back into the main body. It always seems that moments like this are to kind of change the “shape” of the song, even if brief.

Much of the music sounds like a mix between being pre-written and improvised. A better way of putting it would be that it seems like The Biology of Plants took pre-written ideas and then jammed on them. It comes through in how elastic the band are. Now, they’re obviously a group that knows how each other works in their confines; that much is obvious. There’s definitely a form of effort going in, but they sound relaxed in a way that, whilst they’re working on what they’re doing, they don’t sound like they’re struggling or uncomfortable with the approach, or the material itself.

Coming after the fun, upbeat “Food Baby”, “Moss” brings in something a bit more soft and tender to close Vol. 2. Slowly the song grows more melancholic and reflective in sound. Soft synths, cello, percussion and other sounds come in and out as glockenspiel gently arpeggiates and twinkles, forming the main basis of the song. Everything  slowly builds into something more intense, but the overall sound remains relaxed and conclusive song  whilst carrying a sense of sadness. However, it’s not morose so it works well in conjunction with the rest of the EP.

Overall, the various elements that make up Vol. 2 give it a cinematic feel. There’s a logical progression from the beginning to the end and throughout both the songs and the band remain consistent. Nothing sounds weighted down or sluggish in a way that drags the music down and there’s a great focus on the music made rather than individual members.

It’s a beautiful piece of music.