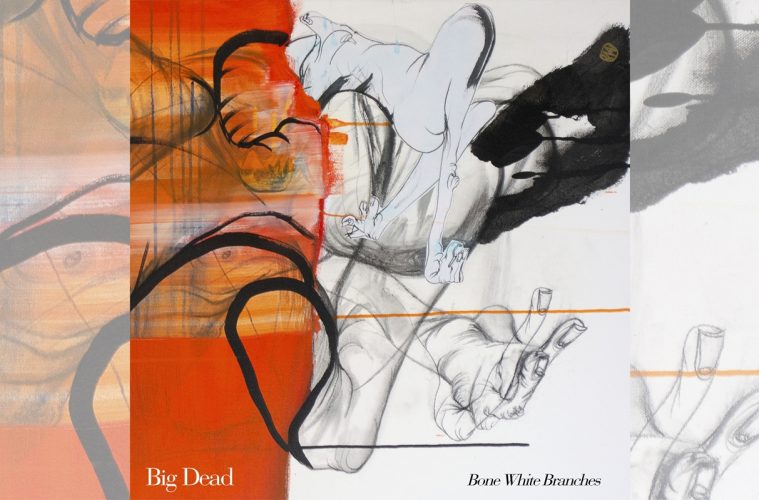 Whilst most of Big Dead’s Bone White Branches is a relaxed affair, two tracks have a different approach: “First/Last” and “Petrichor”.

“First/Last” is the album’s most direct song. It starts off gentle, albeit more driven in sound than other tracks. As it progresses the song feels like it grows in sound until it hits a saturation point. It then suddenly pulls back to a soft close.

Whilst “First/Last” sounds different to the rest of the album, it holds the same kind of cinematic feel. It feeds off from “Prelude” in a way that feels natural, and the combination of the two make for a great way to open an album.

“Petrichor” sounds frenetic without necessarily being frenetic. It starts starts off with a fast drum beat alongside notes with notes that sound like they’re oscillating. The instrumentation increases and diminishes as required whilst maintaining a breezy feel in each section. Eventually the song reaches a point where it almost seems like its rising, or at least reaching out.

Like a few of Bone White Branches‘ songs, “Petrichor” goes on a journey, though this one has some more locations along the way.

Outside of “First/Last” and “Petrichor” (and a section of “Crooked Smile”) the songs are more gentle. The instrumentation often remains light and the vocals have a kind of “flowing” quality. There’s a strong rhythmic focus as well as a strong sense of space that helps get the cinematic feel across.

Bone White Branches feels like a lot of time and thought went into its creation. Instead of crafting something that sounds like busywork, Big Dead produced a rather beautiful record. It’s one that seems to drift on by in the same way that clouds do when you’re watching them. In fitting with the gentle, relaxed nature, many of the songs have a sense of slowness to them which helps emphasise melody and flow.

With all that said, I don’t feel as though I have the right words to do Bone White Branches justice. The best way that I can describe it is that it’s sublime.