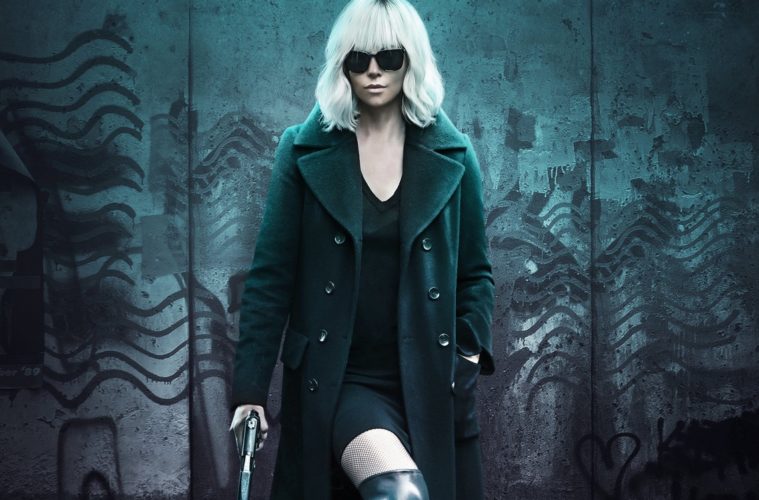 Atomic Blonde: A Trailblazer For Women in Action Films

It’s 1989, the eve of the collapse of the Berlin Wall. An M16 agent is shot by the KGB, and his watch pried from his dead wrist. The watch contains The List – a microfilm document containing the identities of every active intelligence agent in Germany.

Dispatched to retrieve the List is Lorraine Broughton (Charlize Theron), the elite of M16’s agents. With the help of MI6 station chief David Percival (James McAvoy), she embarks on her journey more in rock-chic attire; think black leather coats, mahogany lipstick and thirteen-inch stilettos. Theron was made for the role; channelling some of her Mad Max: Fury Road baddassery into her murderously magnetic portrayal of Broughton.

The crisp post-Cold War era is the perfect setting for this version of Theron – her ice queen demeanour is cool and precise as she cuts a swathe through the icy streets of Berlin. McAvoy’s Percival is a stark contrast to Broughton with his peppiness, his smarmy, charismatic charm and his secret agenda – but represents the perfect chopping block for Broughton to deliver her cutting one-liners.

The key to watching this film is not to poke holes in the plot; because motivations fall apart instantly. The art lies in the amazingly choreographed fight scenes, as poetic as you’d expect from the co-producer of the John Wick films. David Leitch, formerly a stunt co-ordinator and now first-time director, takes his time to shine in the action sequences. The stunts are breathtakingly phenomenal, and it’s clear most of the elbow grease in production has been concentrated here – they’re unabashedly gritty; with plenty of displaced limbs, broken noses and bloody teeth. What gives the fight scenes of the film their true authenticity is the longer they are, the more the participants’ movements get sluggish and less precise as the fights draw out. Realistically, if you’ve been thrown down twelve flights of stairs, you’re not going to punch as squarely as you’d aim for. There’s no formulaic slow motion, Wonder Woman-esque grace here – we have a heroine who isn’t afraid to get blood on her white lambskin gloves or have a fling with a sultry French female agent.

They don’t hold back in roughing up Broughton, woman or no – Theron’s character gets slammed around more than a marble in a blender. There’s a particularly superb scene where Broughton jams a stiletto heel through the jugular of her enemy as a whirlwind of battle flurries around her in a fancy hotel suite. Quietly vigilant, she’s the kind of avenger that captivates the audience through her female embodiment of a cross between Jason Bourne and James Bond.

There are some blatantly unrealistic aspects (she takes down an entire police squadron in a white coat that happens to remain impeccably white), but overall, Theron is a treat to watch, and if you’re a fan of action sequences tuned to cheesy 80’s hits (think 99 Luftballoonsplaying as eyes are gouged out), this film is definitely one that will deliver.