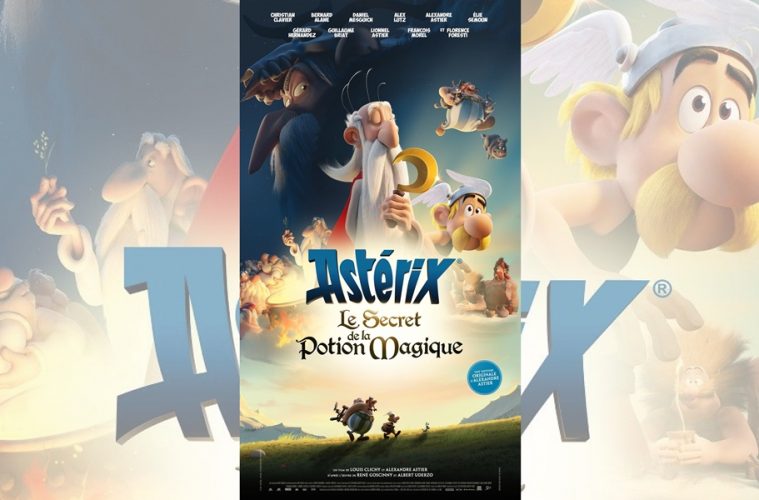 Asterix: The Secret of the Magic Potion

There have been many attempts at adapting popular children’s comic books into films, with varying degrees of success. The Asterix and Obelix series has seen multiple film adaptations, ranging from live action blockbusters to low budget cartoons. Asterix and the Secret of the Magic Potion (2018) is the latest incarnation of this beloved franchise.

The main story centres around the inhabitants of the most famous village in Gaul, searching for a new druid to replace their own ageing one. Of course Caesar pops up, but surprisingly mysterious villain usurps him.

It is a very watchable film; the CGI is crisp with animation a far more appropriate choice in conveying the physical absurdities of the comics. The animation creates a strong synergy between the film and the source material, with the action seamlessly moving from frame to frame. The filmmakers experimented with a few animation styles; for example, one sequence has the narrative expressed through drawn scribbles and sketches, harking back to the origins of characters and story. This helps create an awareness and depth in the film as well as highlighting the potential of animation. However, it’s an underused style; especially when compared to movies such as Spider-man: Into the Spider-Verse (2018).

The non-diegetic sounds add emotional weight to the more tender moments. Despite being a children’s film, the score expresses a great deal of sophistication.

However the plot is very weak and the story sidelines both Asterix and Obelix, the two most recognisable characters. Asterix is a peripheral character in a film that bears his own name in the title. The decision to sideline central characters provokes questions about the aims and intentions of the film.

The animated film market in recent years has become dominated by Hollywood. Both Disney and DreamWorks exhibit a willingness to turn any success into a franchise and proceed to drain it of all value or merit. Asterix: The Secret of the Magic Potion is an enjoyable film to watch. However, a limited release and subpar plot brings it down to a level of mediocrity that fails to challenge a near-monocultural market.

It is important to challenge this hegemony to ensure that there is diversity. Animated films are often the first exposure that many children have to cinema and other cultures. A greater presence of internationally produced films in the mainstream media is pivotal to broadening and expanding the worldview of the viewers, as well as presenting stories that diverge from the well worn narrative conventions that are becoming all-too salient.