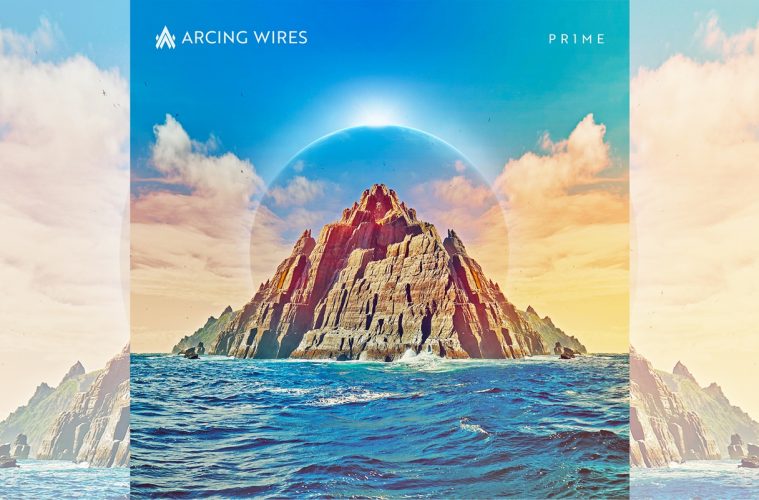 So the album starts in a suitably dramatic manner; Hard, stabbing notation whilst some guitar rings out. Sudden shift, saxophone comes in and it’s all slow and somewhat-romantic, then the heaviness comes back. It’s not long before these two elements pair up then return to the first riff, then more shifts. It’s jazz, it’s metal, it’s angular, hard and soft. “The Lizard” wraps its elements neatly into a progressive package and it’s all solid stuff.

Paired track “Catacaustic” fades in, starts off heavy and then goes into this sort of start / stop staccato-type thing that moves through the heaviness with joyousness. At first there’s a bit of menace thumping away underneath the oscillation that helps fade the song in, but other than that it keeps things fun and sort of jaunty… until near the end where there’s a sudden shift into something more menacing and mean, but still jaunty. The added vocals work well as a sound that builds into the main rhythms and the synth helps to fill everything out.

These are just the first two of Prime‘s tracks. Whilst much of what follows inhabits a similar world, it doesn’t necessarily follow the same type of hard-hitting sound. A lot of the album sounds and feels complex and is in a manner hard-hitting. However, instead of going for full hardness, instead Arcing Wires go on a bit of a trek, so to speak.

Compared to the first two tracks, “Blue Steel” eases up a fair bit. It sees Arcing Wires floating in some sort of cinematic space for a bit before coming back down for some menacing and technical wizardry to close off the song. “Arc9” eases up more and goes for something thumping and brooding. It expresses a sense of beauty whilst something unsettling lurks at the edges and occasionally reveals a bit more of itself, thrusting the composition into more direct territory.

“Eniargim” is much more content to take it easy… to an extent, of course. It too has its moments of meanness that help to give the song more of a dynamic shift and feel. It’s not anything too loud or aggressive; there certainly is a punch to it and it helps create a sense of contrast in dynamics, but Arcing Wires hold back a bit rather than go full bore.

On many of the songs a sense of the grandiose comes forward enough to make the album feel like an exercise in pushing drama through technicality in places. That said, Arcing Wires manage to avoid relentless bombast; Often each member knows when to hold back and move on. This helps things flow forward rather than stagnate through holding on being “big”. Seldom anything overly drags; rather, the sections are mostly as long as necessary.

“Merits” sees Arcing Wires doing something a bit more punchy. It’s comparatively simpler than other tracks; It’s also much more of a driven song, though without sacrificing a sense of the progressive. The melody remains familiar all throughout; saxophone puts in a great deal of work to provide more shape and colour, but the song does change as it goes. “Merits” is the shortest song here so it’s nice to see that it offers about the same in terms of melody and content as the other songs.

“Serotonin” starts off bouncy before building that into something far bigger than initially suggested. Whilst retaining the sense of technicality in other songs, here Arcing Wires sounds like they’re rooting themselves in some cross between smooth jazz and fusion. The complexity remains, but the listening experience remains deceptively easy due to a sense of the laid-back and repeated melody.

“Bobbin Head” closes things off on what feels like brief, sunny and light note. There are some heavy strikes, but the song stays sounding joyful the whole way through. It keeps the sense of the dramatic low and ends the album in a definitive, comparatively low-key manner.

If there are two things that really weigh down Prime, it’s the soloing and the mix / master. Whilst performed well, often the solos stretch out for too long whilst doing a little too much. At times seems that they’re trying to sell a story already holding attention and doing what it needs to do; instead of working for the music, the solos end up dragging in places. Too many times they end up leaving the songs and taking away from what the group is doing. Admittedly this mostly pertains to guitar and not so much the other instruments, which handle what focus time they have much better.

The mix / master provides a great deal of clarity. It’s great to hear everything happening as it happens, which feels like an obvious thing to say, but there isn’t a struggle to understand what is going on. That said, at times the songs feel flat and sterile in places when they shouldn’t. The songs are lively, but at times there’s either something lacking or something there that prevents them from hitting the mark. It’s almost as though some things have been polished too much.

However, overall Prime shows a group working as a group dedicated to making interesting music. It’s excited, exploratory and melodic in all the right places. It’s not overbearing and retains a sense of fun, even when it’s heavy and highly dramatic.