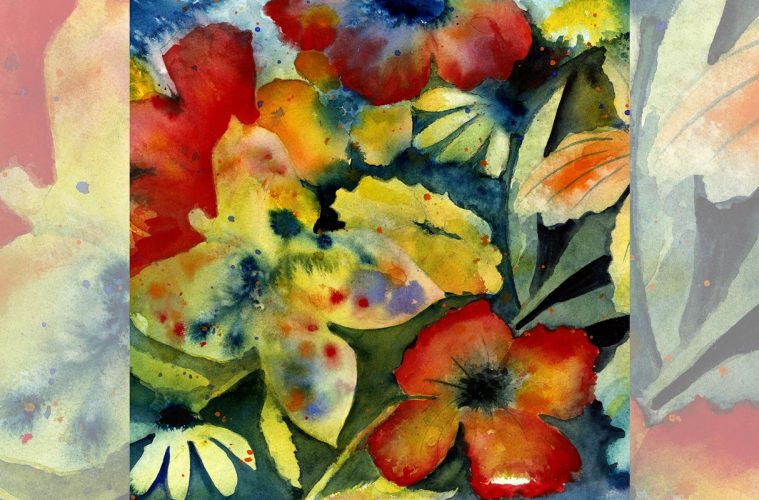 “Two Reverse” wastes little time in starting off Songs. There’s some very quiet – what feels like something in the far background – instrumentation. A brief pause for some background ambience, then guitar takes off and, supported with some simple percussion, allows its notes to seemingly bounce off of each other. It’s a flowing melody that does well to support Lenker’s voice when it comes in. Words draw out and carried as though upon an air current. They’re gentle and floating, but there’s direction behind them. Overall “Two Reverse” is light, easy listening, though not without suggesting something heavier underneath.

From there Songs sticks to predominantly guitar and bare voice. The guitar is gentle and rhythmic – especially so when supported with quiet percussion. Sometimes it feels like a comforting blanket of sorts, and that’s fine; At other times it’s less so and becomes weightier in sound, but never gratuitously, and that’s also fine. There’s not a point where it feels too light or not light enough; it’s doing what it needs to do at any given moment.

Adrianne Lenker’s voice remains as expressive as ever. Buoyed by the instrumentation, but not restricted, she carries carries her words with articulate ease, and puts them forward without coming off as overbearing. Considering the inspiration behind the songs and the nature of the lyrics, this is a good thing as Lenker’s delivery makes it easier to relate. It also means that, when things click, the songs hit really hard. Sure, there’s a lot of pretty work in there but it serves a purpose. These songs easily could’ve gone way too far, but Adrianne Lenker clearly knows how far is too far and wisely doesn’t go further than necessary. She’s not howling about pain; nor is she forcing every word. She’s moving though each word with enough to create an understanding and connection; It doesn’t need to go farther than that.

Songs inhabits a lo-fi space, but that feels like it’s selling it short. Lo-fi can suggest a rawness, or a lack of studio polish that may leave the songs feeling less complete. Maybe these pieces could work recorded in a more hi-fi way, but they feel complete as they are. “Two Reverse” starts the album off unassumingly, “Anything” expresses a sense of yearning with effective weight, and “Forwards Beckon Rebound” feels like it holds hurt and bitterness, but without miring itself in those. “Come” has a drifting sensation that keeps its emotional heaviness from sinking the song, “Zombie Girl” also has a sense of yearning, but with a greater sense of looking to understand something previously hidden, and closer “My Angel” feels reflective of of what was in a delicate and poetic manner.

These songs (as well as the others) function well as they are as the lo-fi approach works well for Adrianne Lenker’s non-band output. There’s a softness and warmth to the songs, even when they become really heavy, that just wouldn’t be there if the songs had greater clarity and crispness. There’s a sense of space without Adrianne Lenker feeling far away; rather, she’s right there, keeping the songs close, helping further build connection. It’s an good approach for Songs, an album full of gentleness and prettiness, and clear, moving expression.