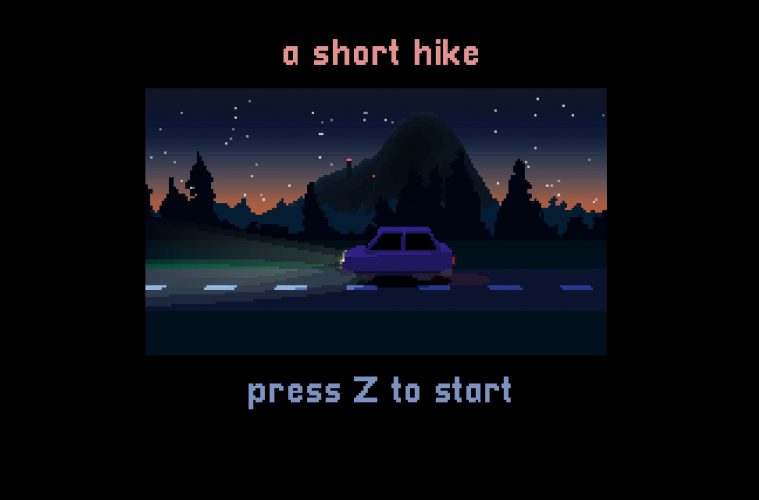 At the end of July last year I purchased A Short Hike on its Steam release day. I saw it on special, thought it looked appealing, bought it and dug right in.

Whilst brief, it gave me strong feelings of joy and wonder as I explored its setting.

Before I go on, if you are considering playing A Short Hike, then please play it before reading this if you can. You’ll likely get more out of it knowing as little as possible than reading about it beforehand. The game is available both on Steam and Itch.io.

Now with that out of the way, here’s the review:

A Short Hike opens with a car driving during the evening. There’s a short conversation, then the scene shifts to a small house near a beach in Hawk Peak Provincial Park.

Claire (the main character) is waiting on a phone call. Your aunt – one of the park rangers – advises that there’s no reception down where they are, but you might be able to get some at Hawk Peak’s peak.

Whilst the game tells you that your goal is vertically based, you don’t have to spend much time climbing. Ultimately the goal is up, but a lot of the game’s ground movement involves horizontal and angular traversal rather than just pure climbing.

The reason for this is due to Hawk Peak Provincial Park’s layout. Whilst it’s a somewhat-compact island, there’s a fair bit of space for exploration. Considering A Short Hike is based around going on a hike, it’s a good setup as you can either follow a path or wander around and still find a way to the mountaintop. Either choice is fine; one just has a bit more sightseeing on the way.

When you get close to your goal the traversal becomes more vertical-oriented, but there still is some room for exploration, and by extension options for reaching the peak. 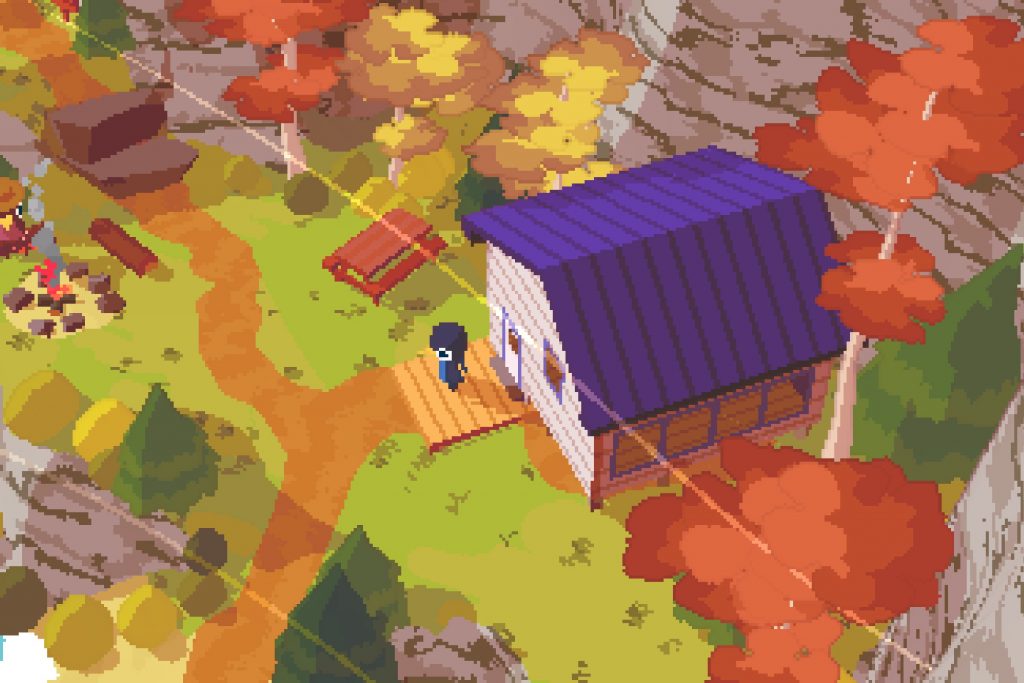 There’s a decent amount of npcs found throughout Hawks Peak Provincial Park. A few of them are going on their own journey and it’s nice to see them progress as you explore; others stick to a specific area, with some relaxing and others running about. It gives a sense that the island sees a few visitors without making it feel overcrowded.

The npcs have a few different lines to go through before one repeats. A lot of it is pretty lighthearted and charming; there’s room for small humour and silliness, and a fair few pep talk lines sprinkled in. Some characters say ridiculous stuff and some say things that feel grounded. The dialogue can be a bit too obvious (mostly the pep talk stuff), but in general it’s nothing amazing which works in A Short Hike‘s favour.

This is not a game with room for fantastic dialogue. Along with their actions (and sometimes lack thereof), the npcs saying stuff that’s often believable helps make them feel like they belong in the setting.

The art style employs pixelation on what seems to be cel shading influenced by some handheld games of the past. It works for the world it presents as it mixes well with the vibrant colours, leading to a number of areas having an inviting and warm feel.

Whilst the pixelation is a nice touch, it’s good to know that there are options to adjust its level. It’s appreciable but it’s easy to see why someone might not find the pixelation easy on the eyes. 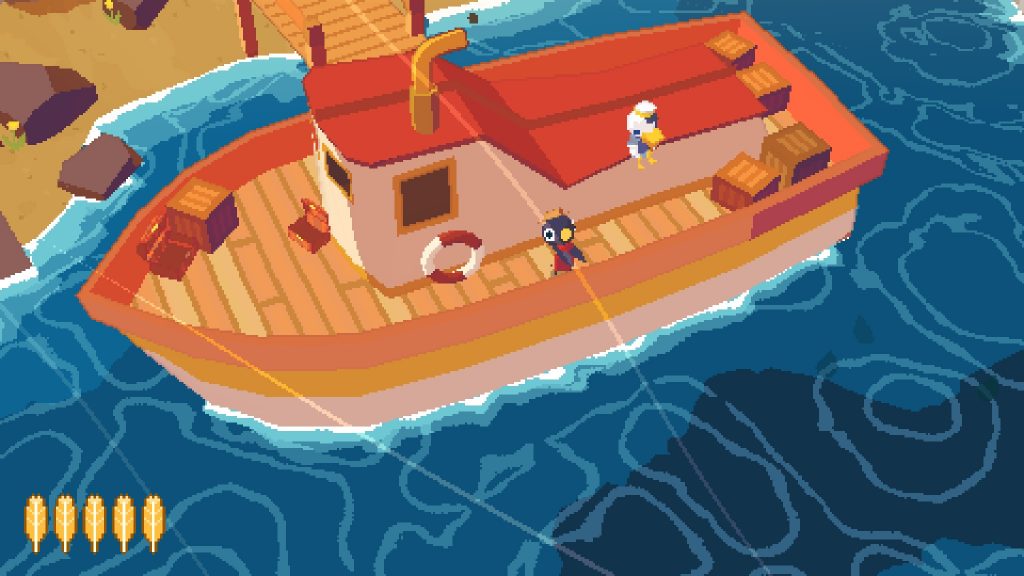 The areas themselves are fun to explore due to their size and simple-looking layout. They often look much like what they are; beaches look like beaches, woods look like woods, and so on; Just on a smaller scale. It’s easy to get through an area without it overstaying its welcome. It’s also just as easy to spend a bit of time moving through an area, looking for hidden stuff as you don’t often have to spend much time searching.

Whilst the music shifts around based on where you are, it doesn’t match the environment so much as it matches the mood. It’s often relaxing and builds on A Short Hike‘s overall pleasantness in a way that makes it difficult to think of music that would work better.

When it comes to moving around A Short Hike‘s island, there’s very little you need to know. You can run, (once unlocked) sprint, jump, midair jump, climb and glide. Getting a handle on the movement is easy enough, though sometimes a shifting camera angle can throw you off. It’s all you ever need as well. The island’s design makes it easy enough for these to get you around quickly enough; especially when you start working with your movement options.

Whilst most movement options are free, golden feathers determine how long you can sprint, climb and midair jump. You get more golden feathers by finding them throughout the island and through side events. They’re easy enough to come across and having more means greater ease of exploration.

As all of your golden feathers stay visible on the lower left at all times, it’s easy enough to gauge how much farther you can go. However, along with context-sensitive reminders, they can take you out of the world a little bit. It’s useful information, but it would’ve been nice if it was on Claire instead.

It’s the same with the context-sensitive reminders. If we know that we can talk to npcs or find certain items when close enough, then a prompt is unnecessary. Not having anything trigger other than the regular action should be enough of a tell. Considering that in this case the regular action is jumping, having a separate button for context-sensitive actions would’ve been useful. 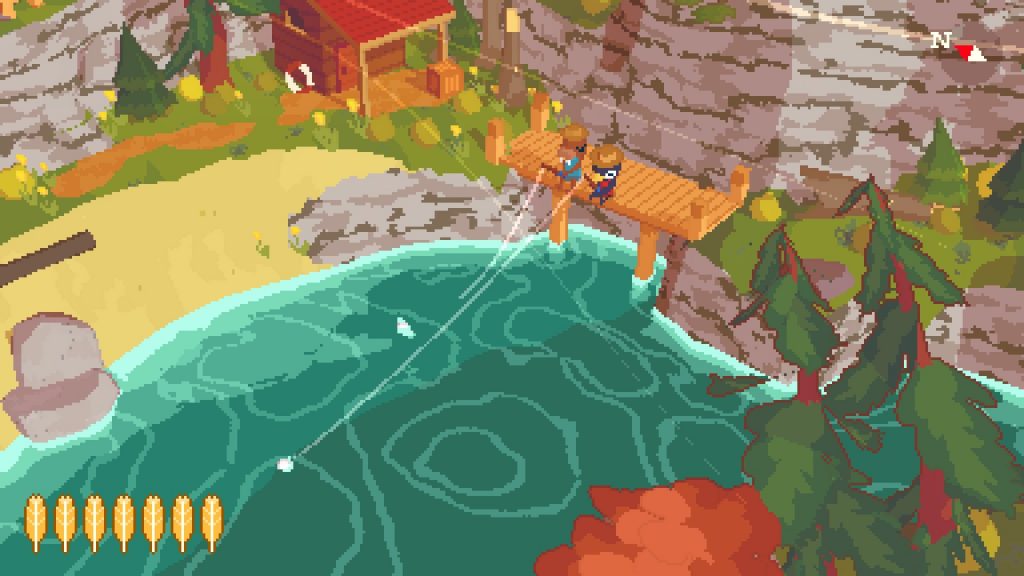 I feel that there are a few reasons that show these were unnecessary concessions; the main one being fishing. Fishing does have some hud displays, but those mostly have to do with equipping the fishing rod and looking at a log book.

You can fish in just about any body of water. It’s a matter of having bait and casting your rod. The float moving slightly and suddenly signifies a fish biting. You know you’ve hooked something when the float goes underwater. If you can’t see the float, the accompanying plopping sound also tells you whether a fish is biting or hooked.

From there, you reel the fish in by pressing the action button and moving away from it. Rather than show a metre, the sound of the reel tells you how close you are to pulling a fish out of water.

It’s quite possible that Adam Robinson-yu tried to find a way to avoid having golden feathers and prompts for context-sensitive actions and felt that this was a better option. However, I have to admit that this is a rather minor issue with what is overall a well-crafted work.

It’s a work that doesn’t present itself as trying to be anything more than a relaxing and fun experience. The plot offers just enough to get you going and provides some emotive moments whilst remaining out of the way for most of the game. Hawks Peak Provincial Park is enjoyable to explore and wander around, and feels like a real park. The npc’s designs and personalities are a great inclusion as they – along with the island – add a lot of flavour to the game.

A Short Hike is small, but engaging. It would be nice to have a bit more content, but its size is fine. It is a game about going on a short hike, after all; one full of joy and wonder. 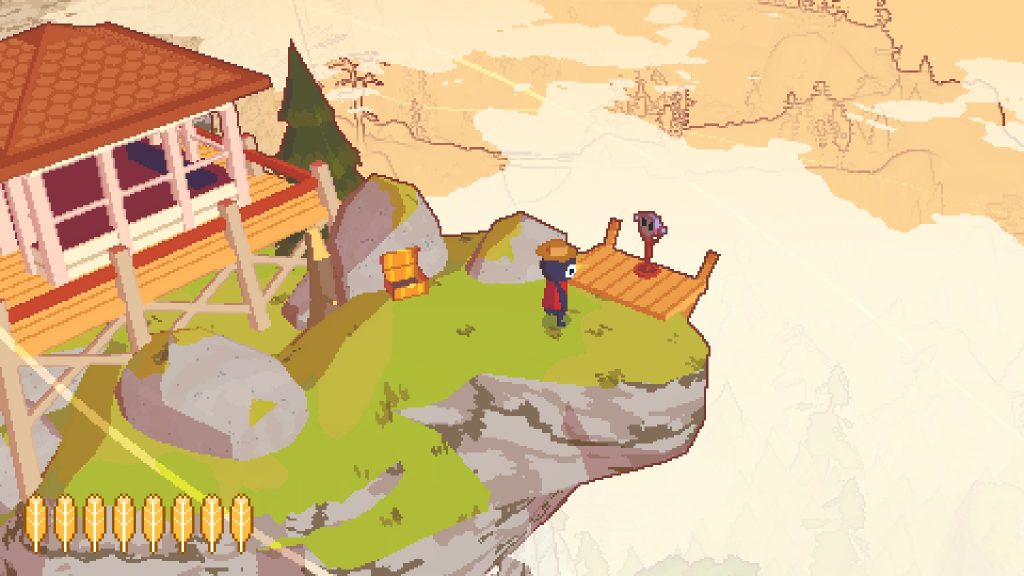