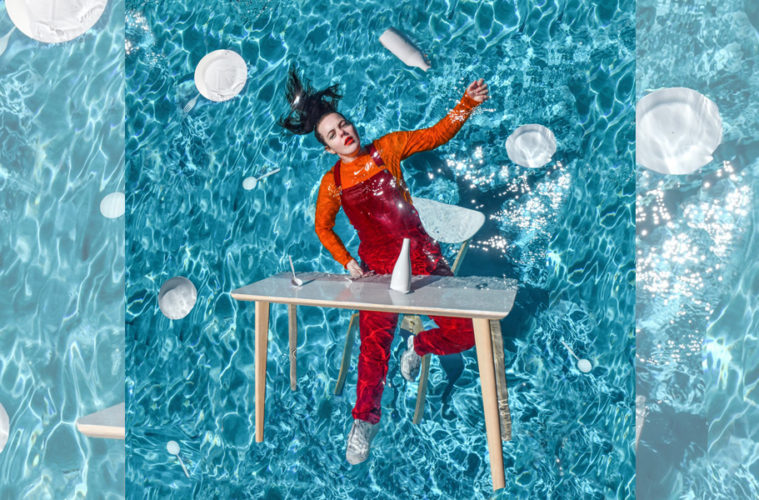 Zoe A’dore is an artist from Melbourne.
Her most recent song, “Galaxy”, came out recently, so here’s a few words regarding the song.

Additionally Zoe doesn’t go hard with her voice. She commands attention well, but often she sticks to semi-soft tones. What really works in her favour is her refusal to exercise her range at all times. There’s strong presence but there’s also a tenderness to the words.

Outside of all of that, you’ve a song that has a dreamy feel to it and flows pretty well. It’s one that feels less emotive than it does image invoking. In conjunction with the feel of the music, that works well in “Galaxy”‘s favour. There is emotion there, but it’s not the main focus. It’s more an equal part of the song.

Maybe “Galaxy” is meant to sound like it is underwater. Along with the dreamy feel of the music, it also sounds like it could’ve been recorded beneath the surface of a large body of water. Perhaps a lake. Maybe a slow-moving river. Either way, it does help the song’s atmosphere.

All in all there’s a few different elements that make “Galaxy” work. The soft percussion helps to guide things along whilst sitting nicely among the synth sounds; the synth sounds flow along, rise and fall when necessary and provide great support for Zoe’s voice; Zoe’s voice carries nicely and, whilst the most prominent element by far, slots in with everything else.

The sum of “Galaxy”‘s parts come together in a pleasing manner that allows its calmness to feel natural. It’s a relaxed, easy-flowing song.