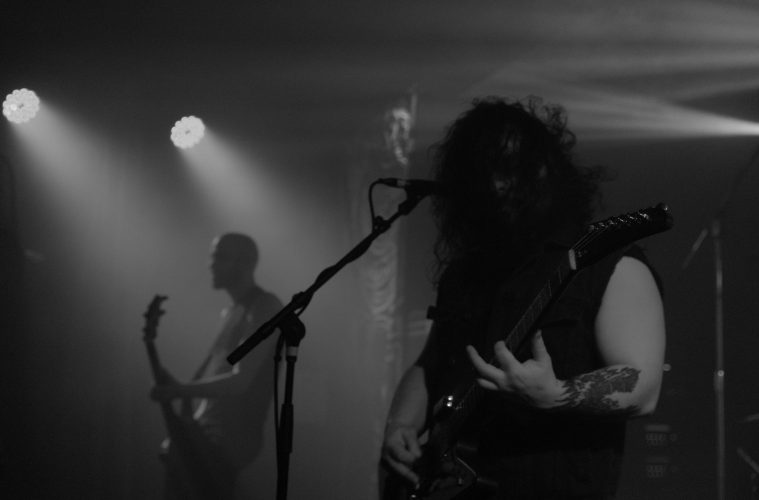 View our gallery from the show here.

It’s been almost ten years since Wolves In The Throne Room last graced our shores. After a false start a few years back thanks to some unforeseeable issues with a promoter left both WIITR and their Australian fans fawning over each other. Fortunately, the saviours of Australian metal tours, Soundworks Touring, have come to the rescue and announced their triumphant return. Without a hitch the USBM band comprised of brothers Aaron and Nathan Weaver, along with new(ish) guitarist Kody Keyworth once more set foot on the brown slab of land called Australia. But, before we get to them we have to talk about the openers…

Sydney’s relative newcomers Golgothan Remains started things in a particularly brutal way. The four-piece death/doom (heavy on the death) band from just down the road blended crushing blast beats from drummer Aled with warped, jarring riffs from guitarist Matt, along with demented, screeching growls and howls from vocalist Matthieu. Their sludgy dirge served as a short but sonically-rousing welcome to the small but filling Crowbar crowd.

Matthieu was a menacing presence on stage; his haunting vocals a welcome addition to the band. Having released their first album – the supremely evil Perverse Offerings to the Void – only last year, the band have certainly come out of the gate swinging. They earned their place among the stacked lineup for an international BM Goliath. 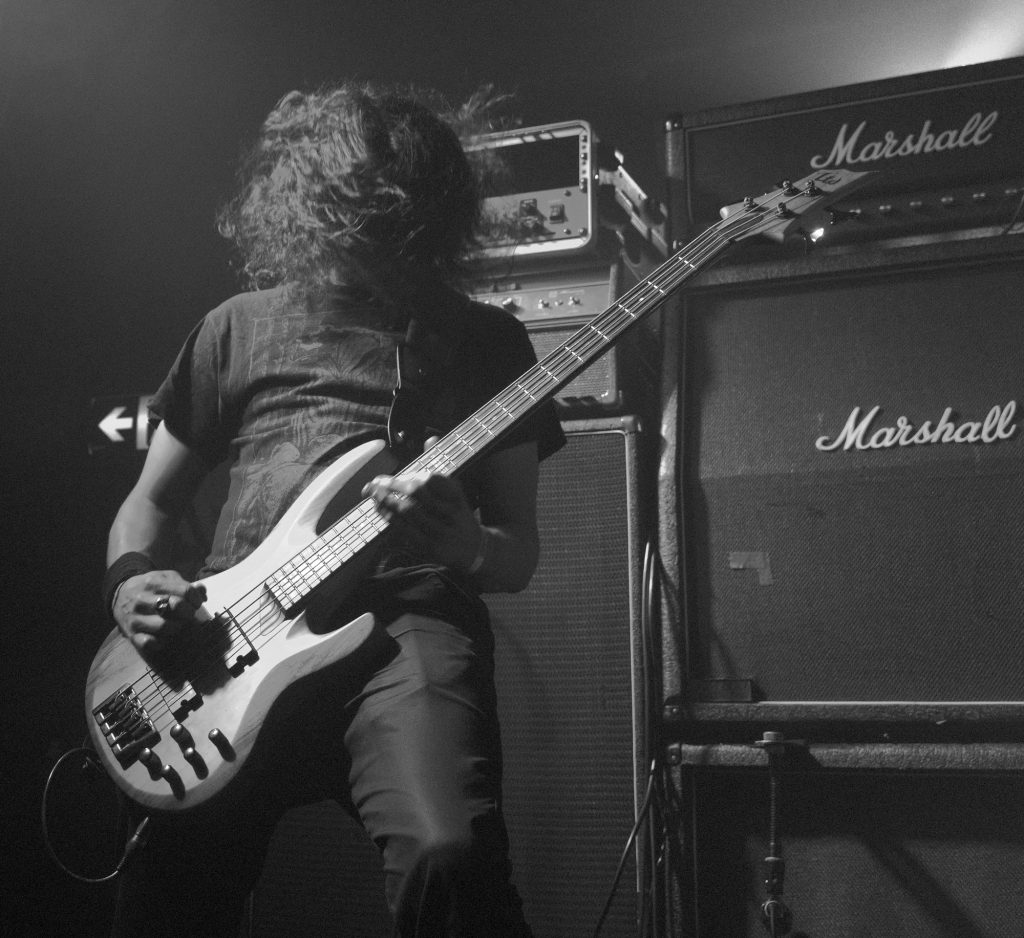 The last time I saw Somnium Nox they were blowing the minds of the Cradle of Filth crowd last year during their Cryptoriana Australian tour. I might have even said that they were one of the best opening bands I’d ever seen; to be honest, not much has changed. Somnium’s haunting and ethereal atmospheric black metal is a perfect accompaniment to the headliner; slow and menacing in places, blisteringly paced and blasting in others, often within the same song. Shrouded in darkness, their heavily-cloaked singer Ashahalasin stood in a corner of the stage. Some of the punters couldn’t even tell where the agony filled shrieks were coming from.

The growing crowd was fortunate enough to bear witness to a monolithic blending of shades of black metal with ambient passages. Within that blend was an incorporated didgeridoo, and haunting, piercing vocals intertwined with hypnotic, almost tribal drumming. Like the headliners Somnium do not play short songs; Nothing less than nine minutes to be exact. However, they never drag on and keep the crowd interested as they twist between molten-blackened riffs, gargantuan swells and crashes within the atmospheric soundscape. 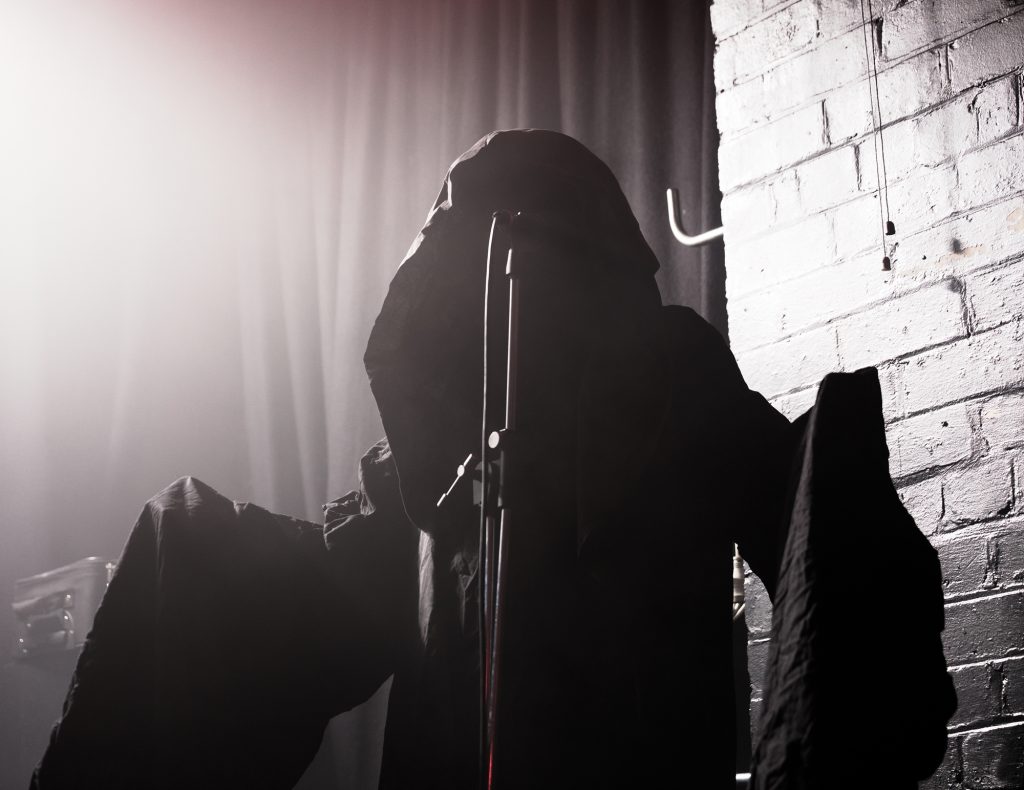 King – a melodic blackened metal band that sat perfectly on the Immortal tribute shelf – were next. They blended their worship with some viking/pagan-inspired metal, helping to mix up their sound enough to keep it interesting. Opening their set with “Cold Winds” from their 2016 album Reclaiming the Darkness set the tone of their set entirely.

Showing off their mid-paced melodic riffs coupled with Dave Haley’s signature human metronome drumming, “All in Black” provided a stomping mid-paced blackened thrash attack and somewhat of a highlight of their set. The crushing mid-section got some of the crowd head-banging away.

Vocalist Tony Forde (Ex-Blood Duster) did everything he could to wake up a sleepy Sydney crowd to no avail. “Are you alive?” he bellowed before the band trudged into “Night Sky Abyss”.

“Beyond The Exosphere” from 2019’s Coldest of Cold, a much more thrashing track picked up the pace to neck-breaking speeds. Whilst some of the audience reacted accordingly, it seemed like the punters were after one thing and one thing only.

King closed their set with stomping epic “Winter Sons”, and although they were exceptionally tight and vicious, they might not have been the right fit for the show. Fantastically talented, but perhaps a little sonically misaligned from the rest of the bands. 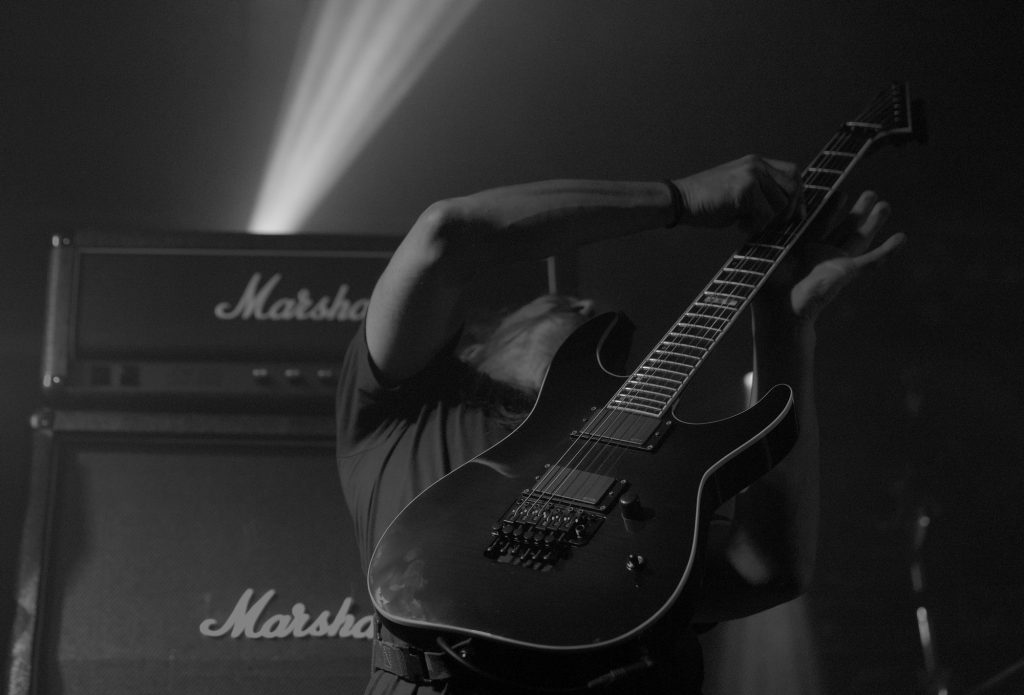 Much has been said about WITTR. Some say they’re the kings of USBM. Others say they’re just another trendy, hipster USBM band. What is difficult to deny is the band have written some of the most transgressive black metal albums. They’ve amalgamated melodic transitions with cascading, blasting black metal and even touched on funeral doom in parts.

Well, the old guard, the naysaying crowd be damned; Wolves showed Sydney why they’re a force that can stack up against any of the old gods any night of the week.

A Wolves In The Throne Room show is a ritualistic event. The band came out with (what looked like) white sage burning, welcoming the crowd to their sermon. They then punched into a blistering rendition of “Born From The Serpent’s Eye”. Unfortunately halfway through the track some sound issues interfered with the intensity. Bellowing from the PA overtook the sound; However, that was quickly rectified and neither the crowd nor the band looked back.

The first melodic interlude between songs saw Kody drink (assumptively speaking, probably wine and not the blood of a sacrifice) from an urn before barrelling into “Queen of Borrowed Light”. Kody and Nathan’s howling and caustic otherworldly shrieks floated over the melodically driven riffs, putting the beauty of their soundscape into a malevolent, chilling perspective. 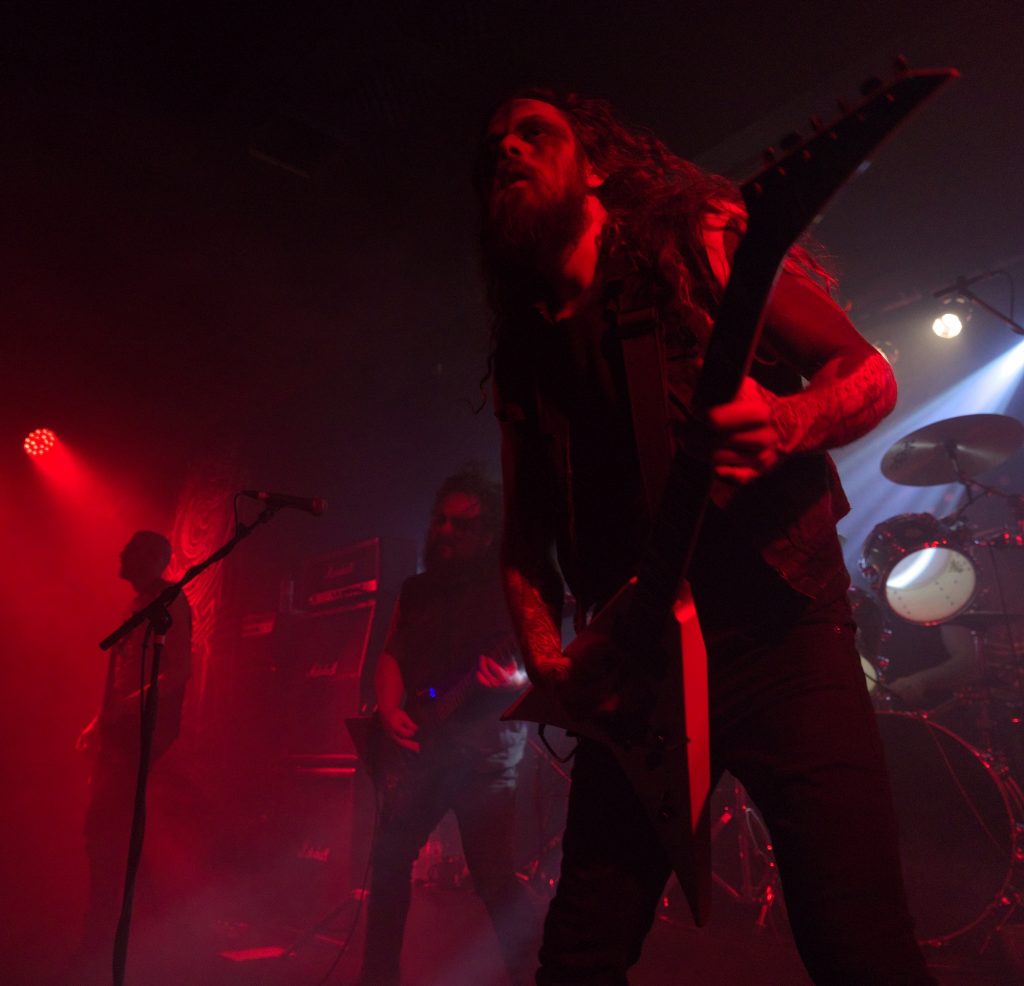 Although the vocals were harsh, the lyrical themes of cosmic transcendence, environmental destruction and ritualistic processes came through. WITTR don’t talk much between songs, allowing the music to speak for itself. However, WITTR gave a cheers to the crowd, as any good black metal band would; straight from the wine bottle. Wolves played 6 songs over an hour-and-five minutes and they keep their crowd captivated, entranced and in complete awe.

Whilst a fire alarm triggering (perhaps due to the amount of burning incense) broke the spell, it wasn’t enough to stop the show. WITTR graced the stage again for an impromptu encore in the shape of the boundless, transcendental “I Will Lay Down My Bones Among The Rocks and Roots”; An eighteen minute opus of crushingly epic proportions, using their instruments as a doorway to another plane of existence. Wolves took us through the gates with a helping hand and showed us the splendour of the cosmos.

Hopefully it won’t take the Washington natives close to ten years to get back here. The relationship between themselves and their Australian cohorts is boundless and unmitigated. A mutual respect and love came through in silent awe.