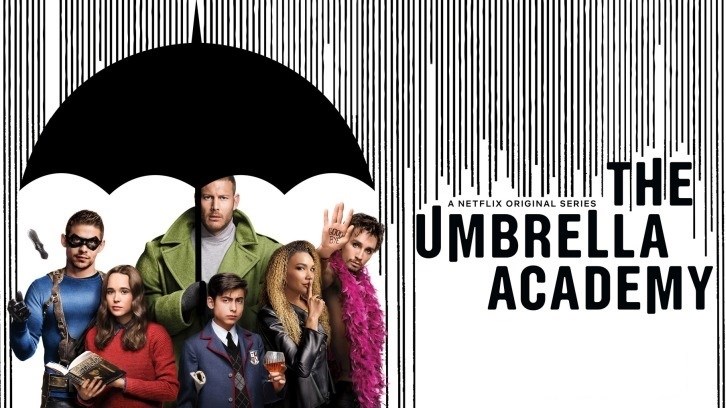 In the past ten years superhero films have boomed in the box office. However, most of them are composed of big stars acting in formulaic plots with an overdose of special effects. Instead of following the formula, a few creators have decided to put their own unique spin on the genre with films including Joker and Brightburn, or in this case Netflix original The Umbrella Academy. This series is based on the award-winning ongoing serial published by Dark Horse Comics and created by Gerard Way that started in 2007. Though there are some significant diversions from the source material, they didn’t hurt the popularity of this quirky superhero show.

The Umbrella Academy boasts a seven-member ensemble cast of the adopted Hargreeves siblings. This dysfunctional family must put aside their differences and shared childhood trauma to save the world from an imminent apocalypse. Though most of the Hargreeves have old hat super abilities such as teleportation and super strength, what makes the show stand out the most is the familial ties between the characters and the overall zany atmosphere.

Luther (Tom Hopper), Diego (David Castañeda), Allison (Emmy Raver-Lampman), Klaus (Robert Sheehan), Five (Aidan Gallagher), Ben (Justin H. Min), and Vanya (Ellen Page) are all well-developed characters. However, the ones that stood out the most had to be Klaus, Five, and Ben. Five is a sixty-year-old man stuck in a teenager’s body; Ben is dead but very kindhearted in his ghostly self; Klaus has the best character arc of the show as he struggles with substance abuse.

Though The Umbrella Academy is more modest with its visual effects than most superhero flicks, the CGI for kindly chimpanzee butler Pogo was top notch. As a viewer I sometimes forgot he wasn’t real because they blended him so well with the live-action backgrounds. Another visual element of note was the cinematography, particularly in the first season. Clever use of focus and camera made the show seem more like an art film than a super-powered action flick.

The largest theme of the show was childhood trauma and how it affects adult life. Allison inflicted her adopted father’s controlling nature on her own child. Klaus decided to drown out his bad memories with drugs and alcohol. Vanya published all her feelings in a book. However, they also came to discover that their past trauma doesn’t have to define their entire lives; healing and happiness are possible.

The world of The Umbrella Academy has its own quirks that set it apart. There’s Pogo the talking chimpanzee and Grace the Android. There’s also The Commission, an organization existing out of time, that sends two assassins named Hazel and Cha-Cha who wear cartoonish masks to kill Five. Though the show pays due respect to the more serious elements of the plot, it isn’t afraid to make odd and macabre jokes that earn a few laughs per episode.

With its setting, direction and character development, it’s no surprise that The Umbrella Academy both gained a second season and had a third announced in July 2020.