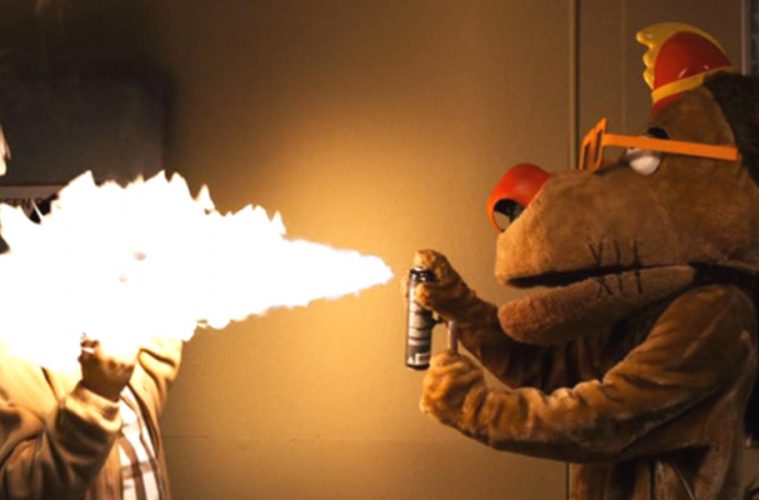 The Banana Splits Adventure Hour was a live-action television variety show produced by Hanna-Barbera, featuring fictional rock band The Banana Splits that ran for two seasons from 1968 to 1970. The series was sponsored by Kellogg’s Cereals, this is not that.

The Banana Splits Movie is a horror-comedy featuring these lovable characters that takes place in the present day, a world where “the splits” never went away and have continued to rock in an empty lot/studio for decades.

A young boy named Harley and his family head out to a live taping of the show, it quickly becomes apparent something is seriously wrong with our merry animatronic friends, Fleegle, Bingo, Drooper and Snorky.

About half an hour into this I was saying to my friend, “This would be great if it had more gore”, then the floodgates opened. This is a really inventive slasher flick with killer partying robots. There is violence but it is entertaining violence, I mean who doesn’t want to see someone disembowelled by a singing, dancing, partying robot wearing sunglasses? 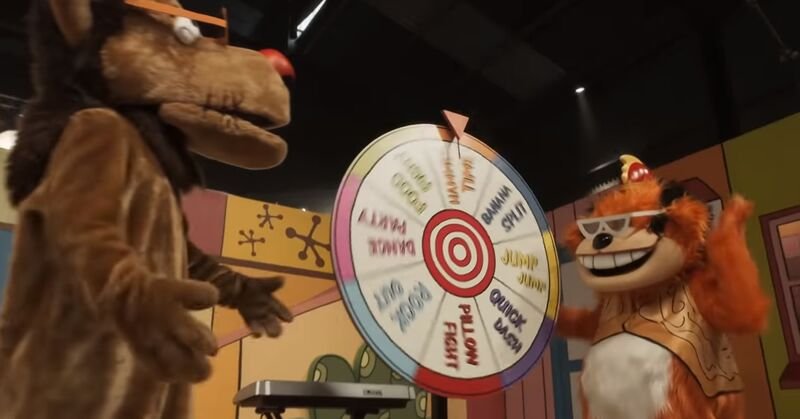 This film is a lot of fun and you may feel bad for laughing at the gleeful violence dished out on the hapless humans, but damn, the splits look good, the story flows and the gore is decent.

Look, The Banana Splits movie isn’t winning any Oscars, but if you like trashy fun that is of a better quality than a film with this premise has any right to be, get onto it. I feel like The Banana Splits Movie will be a cult-classic in years to come loved by stoners, horror aficionados and anyone looking for something out of the ordinary.

The film is available on demand now.