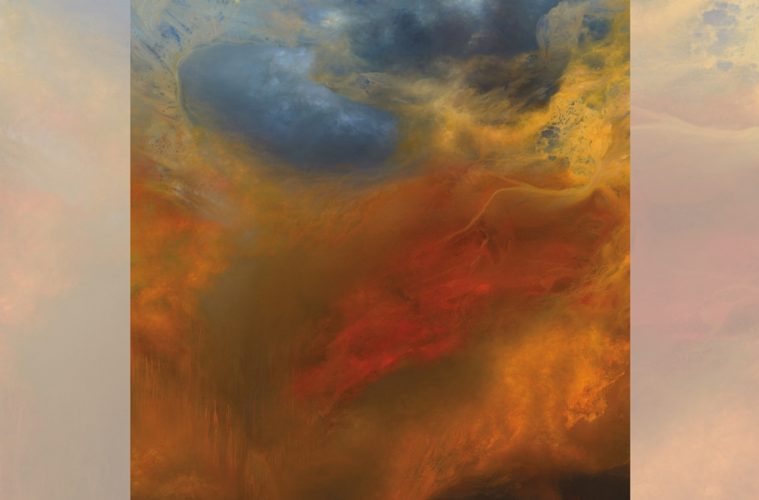 To be completely honest with you the thought of “reviewing” a Sunn O))) record is a daunting task. Renowned for their mood-altering soundscapes, listening to the band can either give you the worst migraine you’ve ever experienced, or possibly help you transcend from this earthly plane to another.

Life Metal is Sunn O)))’s eighth studio album (and their self-professed musical genre). It is triumphantly beautiful, devastatingly heavy and nauseatingly slow. The first thing you’re struck by is the almost iridescent album cover, created by the incredibly talented Samantha Keely Smith. The next to hit you is the clarity and density of the production on these four tracks.

The band holed up in Chicago’s Electrical Audio (Studio A) with Steve Albini for slightly more than two weeks in mid-2018 and created one of the most perplexing doom albums released this year. John Losteau worked on the album’s engineering; Greg Anderson handled the production  himself.

Life Metal is what I would imagine the opening of the cosmos would sound like; a cosmic rift between reality and nothingness, cascading slowly through the existence and non-existence of space and time. The album exists as a four-part entity; four songs spanning across sixty-seven elating, bone crushing, complex minutes. Without being a total walking clichè, this is easily Sunn’s heaviest, darkest, most brutal album kept within the essence of their duality of “Life Metal”. However, there is much brightness within the droning dirge, and the album is also their most beautiful, emotional and gentle.

Album opener “Between Sleipnir’s Breaths” starts as expected. A breathtakingly sludgy, bowel-rattling guitar tone emanates slowly from the speakers; its very being an assertion of the band’s power to draw even the most casual of listeners in. Around the four minute mark the riff meets with melodic lead vocals so genuinely surprising this reviewer’s jaw dropped on first listen. In fact, guest vocalist Hildur Guðnadóttir (who was also on Sunn O)))’s 2017.03.21, Barbican Centre, London, UK) has basically realigned the jawline of said reviewer maybe permanently. Her gentle tones and melodic, almost lullaby approach creates a blanket of rhythmic transfixion. The twelve minute monolith’s gentle close gentle close is followed by “Troubled Air”‘s harsh and more confronting opening riff.

This track is a little more unsettling and sits within the cosmic abyss of freaking people the fuck out for a good portion of its auditory life. If you’re new to this band it’s at this point you might realise that they do not have a drummer; Somehow this album is more percussive than a lot of metal records. The bells and chimes that scatter through Life Metal allow for small ear worms for the listener’s brain to latch onto as if it were a gleam of light in an otherwise dark, cold and desolate existence of nothingness. Sunn O))) don’t use a vocalist here, which is a blessing in disguise as vocals would soften the impact of the visceral wall of sound.

Sunn O))) have always celebrated the balance of life and death, darkness, nothingness and despair. However, this is the first time that they have really pushed the melody to the point that it could almost come off as listenable to an outsider from the noise and doom/drone community.

Track three “Aurora” melts in at the twenty-four minute mark of the album; its echoing feedback is a beautiful shimmering sunlight cracking through the darkness of the crumbling riffs. Steve Albini and the band captured the feedback so beautifully, they almost illuminate the track. It’s like a prehistoric whale searching the depths of the Mariana Trench only to find light at the bottom. You, the listener can really tell that this was recorded via a completely analogue production. It shimmers, even in its darkest moments. “Aurora” ends abruptly, absconding itself from the album much quicker than it began. Life Metal‘s crushing swansong “Novæ” then comes bursting into life with a faster pace than previous tracks.

Closing an album of this magnitude is no easy task, but Sunn O))) are masters of sequencing and creating a musical narrative. “Novaæ” is an almost – dare I say – upbeat song for the band. The chord transitions come a lot more frequently and the band don’t sit on a single note for too long; that is until the earth opens up and the monolithic, archaic swaying riffs come back to break the soul and spine of everyone brave enough to carry this track from their ears to their brain for deciphering.

Fifty-seven minutes into the album and in comes an exceptionally creepy, but almost soothing haldrophone drone (played by Guðnadóttir). It sustains for what seems like an eternity. The end of the album is a cascading battle between the haldrophone and Sunn O))) to play the most uncomfortably slow that they can.

Do not, I repeat do not listen to this album on an empty stomach. This band do not fuck around with making you uncomfortable; even when they’re delivering soundscapes so beautiful they could bring a tear to even the hardest of doom fans. Life Metal is the auditory equivalent of the sun rising in the east, then being struck out of the sky by a mammoth, planet-eating space goliath. It’s a beautiful thing.

Oh yeah, the feedback right at the end of this album is fucking god tier. Sabbath worship to the hole in the sky.