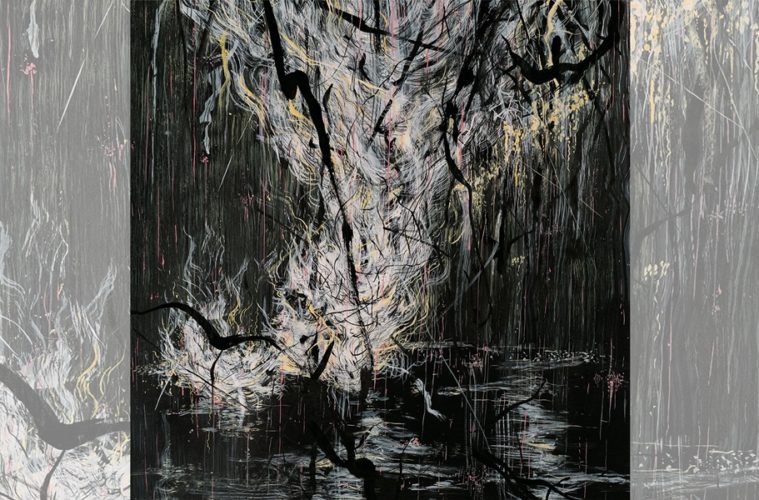 Not too many bands have enough studio albums released to be able to cover each year of their being active. SUMAC are on their fourth in as many years. It is commendable that SUMAC have released as much as they have in as little time, but does Love in Shadow, their most recent show that they still are progressing?

SUMAC almost jump immediately into the proceedings on “The Task”. The first track wastes little time, drives hard and and flows smoothly up until its almost-sudden shift into something entirely different, highlighting the biggest problem with Love in Shadow; at the start there’s a lot of unnecessary bloat.

It’s possible that SUMAC needed the entirety of “The Task” to get across the entirety of what they were exploring. If that is the case, “The Task” still could have been over multiple tracks. There is no need for it to be the lengthy slab that it is. The song sounds quite clearly like two different songs on one track. The contrast suggests two different sides, but again, “The Task” didn’t need to be one chunk. The contrast still would have worked.

If it is indeed the case that SUMAC needed the entirety or “The Task” as one thing, then that suggests that they needed to rethink the approach from the beginning but decided against doing so. What makes the length of “The Task” even more glaring an issue is that, all things considered, much of the rest of the album does a better job of getting itself across despite length. Opening the album with a bloated track is problematic.

Outside of this the songs see a better interplay between their varying sections. SUMAC lock into each other well and whilst some sections overstay their welcome, the band do a good job of making everything work. Noise sections make sense between parts that are more linearity and weight, so to speak. Alternations between faster and slower, more menacing sections come with ease. Most parts naturally link which in turn provides the songs a decent narrative flow.

The vocals are deep more than they are abrasive. There’s a distinct lack of clarity to them and as such they work well as a sound. Furthermore, the vocals become less about what the lyrics are and more about their mood. Had they been clear, they would have been distracting.

SUMAC have learned a few things over their currently brief tenure and they’re putting those things to good use. Love in Shadow is in many ways an expansive record. There’s a drive and linearity to it, but it feels quite open and wide, and there’s still improvisational elements. SUMAC play well, they embrace textural elements much more and are leaning away from pummeling as it becomes less a necessary compensation for their ability.

There are also some choices that suggest that SUMAC need to work on refinement.

Love in Shadow is quite lean in a few places but there are others with bloat. The album didn’t need to be over an hour long and would have gained much from a shorter run time. Whilst it is more experimental than prior albums, the only way in which Love in Shadow is challenging is through its length. That aside, the album is exploratory in a wonderful way and it does carry itself differently to many other heavy albums.

You can hear Love in Shadow here.