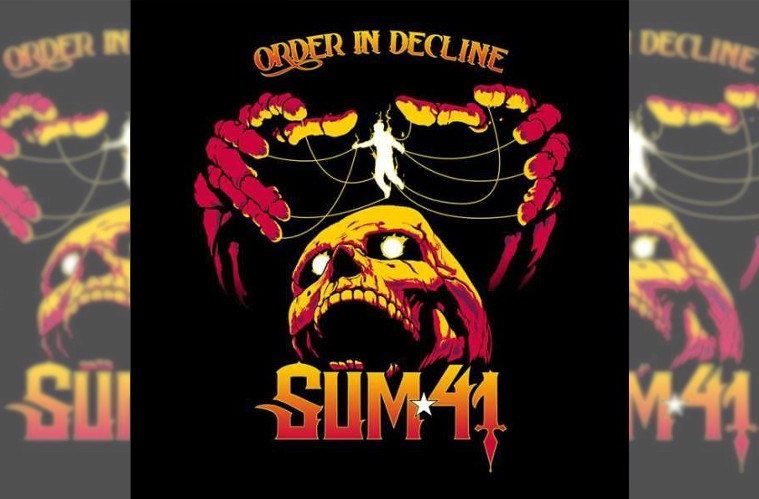 That’s right my friends. That is the sound of Sum 41 coming to kick your ears’ arse and further cement their place in rock!

First single ‘Out For Blood’ creeps into your brain with crawling synths that lead into a delicious and heavy riff that then drops down to the brown note causing the listener to not only rock out but shit they pants. The song has a perfect trademark Sum 41 style chorus which you’ll be singing along with instantly.

Deryck Whibley (Frontman/main song writer) continues to dip his toe into other genres whilst maintaining the hard hitting punk/metal sound they are known for. This is displayed in the Rock’n’Roll heavy riff of ‘Heads Will Roll’ that then melds perfectly into the catchy chorus to follow.

Latest single ‘45 (Matter Of Time)’ does not hold back on a mutual disgust we all share in the orange man “in charge” of the states. Musically as aggressive the band really show they are at the top of their game.

There is something within the musicianship of this album that stands above the rest of the bands catalogue. Everyone seems to be playing off each other while managing to still stand out.

This is displayed perfectly on ‘The People Vs’ fast paced palm muting to slinky octave chords lead the way to the most punk rock song on the album. Each members abilities shine through with fast and tricky drum beats which speak so well to the bass. Deryck is at the top of his vocal game while brownsound and brown Tom show why they are champion shred lords.

A different kind of closer makes its way to the end of this album in ‘Catching Fire’. With its slower tempo and lyrics more emotional than aggressive the band yet again prove that they can venture into unfamiliar territories and still make it sound like Sum 41. An anthem I can see many people singing a long with. The song builds from a slow tempo to hard hitting dynamics and a gang choir that will send shivers down your spine.

I’ve said it before and I’ll say it again right now…. I am so freaking glad Sum 41 exist and is still creating soundtracks to my life.