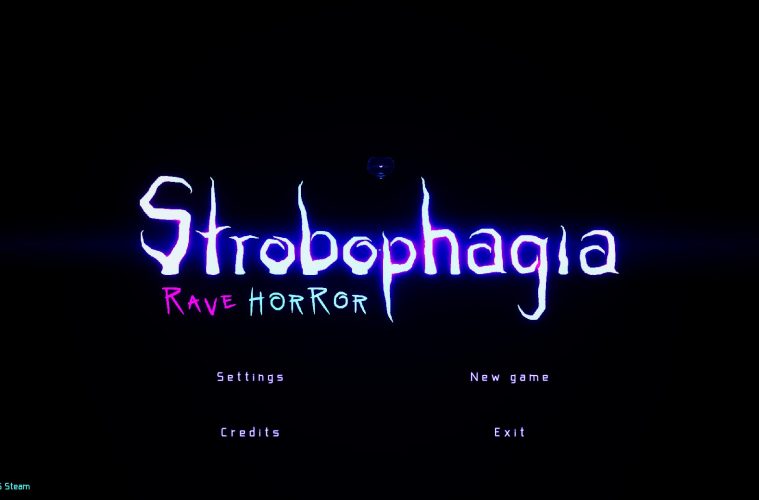 I have never ever been to a rave. Whilst I’ve had similar experiences at various gigs, the bouncing techno beats, the welcoming party vibe, the ability to dance all night and let your cares just melt away is something I’ve always wanted to experience at least once. Given the current state of the world I thought the best way to experience such a phenomenon would be to try something a little different. This led me finding a game called Strobophagia – Rave Horror.

Developed by Swedish developers Green Tile Digital,Strobophagia is staged around the mysterious Headless Rave; A dark festival run by the mysterious Live Kongregation. Held on an island, The Headless Rave is more than just a dance festival. There are sinister forces at work to kill everyone who attends… Unless you are strong enough to do The Rites and solve the rave’s puzzles to save yourself from a fate far worse than death.

At the start of Strobophagia obtaining a phone is your first priority. The main driving force of the plot consists of text threads between the members of TLK and the leather-clad neon party goers, and photos that you take and share in those threads. The system encourages a lot of the exploration as you need to find Wi-Fi hotspots to get more messages and subsequently uncover the truth behind the Headless Rave Festival.

Whilst most of Strobophagia’s design mirrors some larger festivals, its atmosphere is less joyous. When wandering around you’ll see a mix of neon colours, chromatic aberration and glitch effects; there’s a claustrophobic feel to certain areas; As you explore masked ravers stare at you, and on the outskirts of the safe areas unknown beings stalk you. The setting feels and leaves a sense of unease and occasional dread. 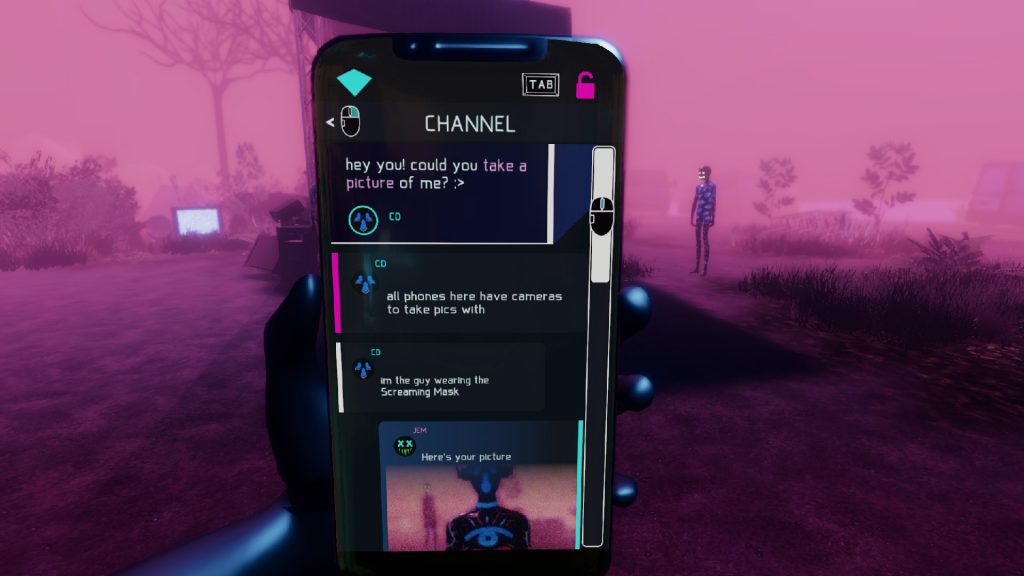 However, this dark rave is not without its flaws. Whilst short (you can complete Strobophagia in around three to four hours), I was expecting a little more from Strobophagia in terms of story and lore. The first two acts build on these well, but the third is quite lacking in resolution. At times some parts feel disjointed and at times some events over-explain. Despite that, I felt the writing and the exposition were interesting enough to keep me focused. Without a better lead up to how the narrative plays out, however, the conclusion feels less like a satisfying climax to the build up in the previous two acts.

The light references to various ancient mythologies in the names of NPC’s, areas and other key lore points do help to reinforce the plot. Additionally it was really interesting to see how the references linked into some of the puzzles within the game. One that alluded to the Riddle of the Sphinx was a great inclusion; I felt both the lead up and solution were quite creative. However, beyond this many of the puzzles felt lacking in execution. 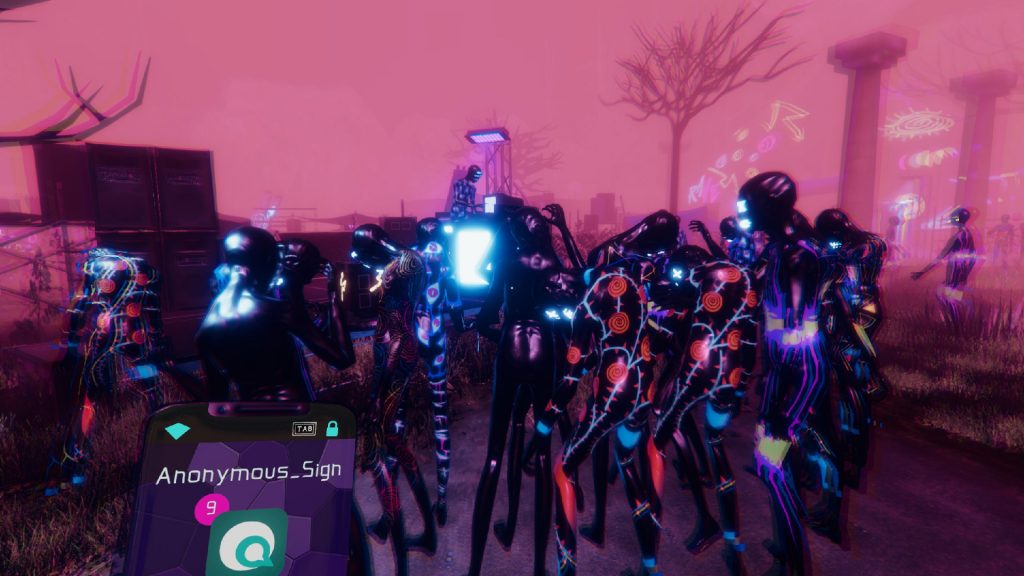 As exploration is vital to uncover everything Strobophagia‘s narrative has to offer there are a number of missable plot points throughout. It was easy to find myself stumbling in a direction by accident and I’m unsure whether or not this is due to lack of player direction. Through my second playthrough I received text messages I didn’t during my first. Whilst appreciable, the addition of new information adding to what I already knew led to me not feeling as compelled to explore as much the second time around. I feel that if there were more subtle nudges directing toward additional narrative during repeat playthroughs there would remain a desire to explore away from the main areas.

Despite its flaws Strobophagia effectively turns a usually safe and fun environment into a horrific and tense experience. It is in somewhat active patch development so hopefully some of issues get addressed in the future, but it’s worth giving a go as it is. 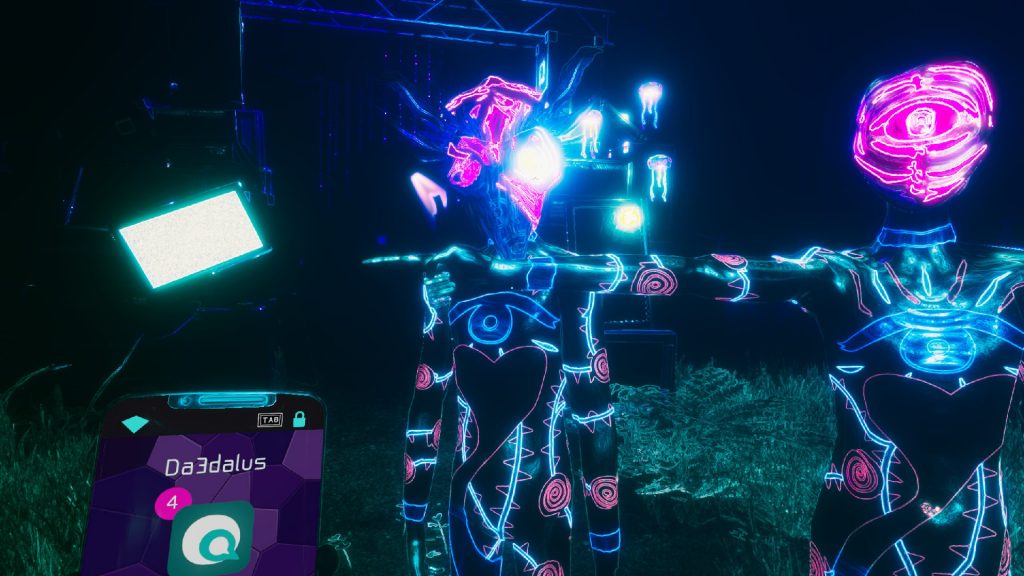