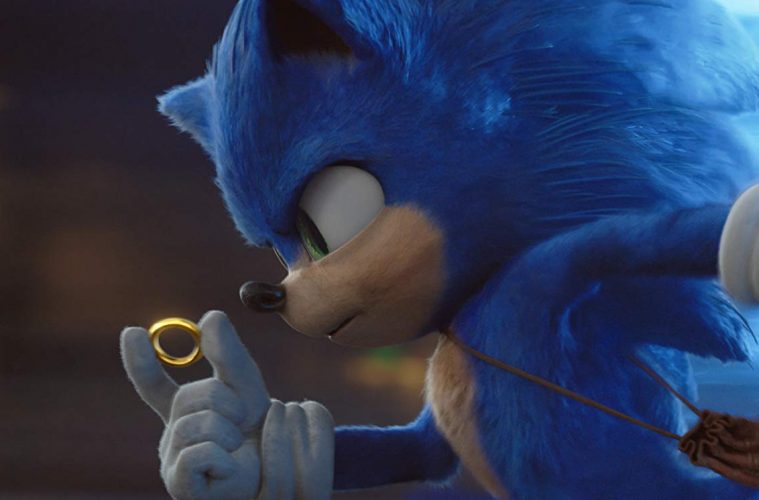 After a delayed release due to a complete animation overhaul, Sonic the Hedgehog finally hit theaters on Valentine’s Day. When the original trailer released fans were outraged at the uncanny valley design the animators gave the blue hedgehog. The studio delayed the release for months to not only redesign Sonic but also nearly completely rewrite the script to take it from a comedic spoof to a more heartwarming family film. Were the millions spent on revisions worth it?

Though Sonic the Hedgehog is targeted for children the plot has appeal for older audience members as well since it’s packed with references to the original games and even the television show Sonic X. There are a few kiddy humor beats that slowed down the plot’s pacing but that didn’t detract severely from the film being enjoyable.

Sonic’s redesign definitely paid off. Instead of being completely naked and possessing cringe-worthy human teeth and eyes, he has a design far more familiar to fans of the franchise—and far easier to look at—with the oversized eyes, gloves, and sneakers. If you compare the film trailers side by side, you’ll notice a large tonal shift from just Sonic’s quips to include Sonic’s strong desire to protect his friends.

Ben Schwartz (Parks and Recreation, House of Lies) stars as the animated lead Sonic the Hedgehog. He brings heart and personality to this timeless role that stays true to the original character’s personality. Co-starring James Marsden (Hairspray, X-Men) plays a well-rounded human sidekick named Tom who has his own character arc and a sweet relationship with Tika Sumpter’s (Southside with You, Ride Along) Maddie. Jim Carrey (Ace Ventura, Bruce All Mighty) makes a great over-the-top rendition of Doctor Robotnik aka Doctor Eggman. Many of his jokes will go right over kid’s heads but will adults chuckle. Yet he still is a formidable villain who challenges Sonic with is wicked inventions.

Both Tom and Sonic are faced with the decision to leave their homes, for the human it’s for a job opportunity in San Francisco and for the hedgehog it’s to hop to another planet to keep his presence a secret. Together they embark on a journey to tackle this character arc and evade Eggman’s nasty attempts to capture Sonic while dropping frequent one-liners. This mix of action and heart produced a well-balanced story instead of a shallow romp riddled with potty humor as with many modern children’s media.

Sonic the Hedgehog is a delightful film for both young and old fans of the fastest hog in the galaxy. Don’t forget to stay until after the credits to get a glimpse of a possible sequel!