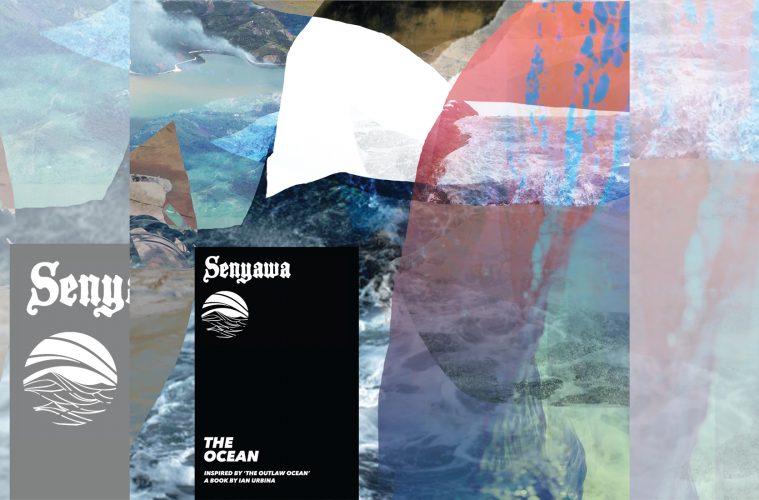 Anyway, The Ocean starts with a rhythmic, aggressive bass beat. Voices among static sit in the background, vague and somewhat-unnerving. New sound comes, played in a way that sounds broken, panicked and frenzied. The playing waxes and wanes; the bass remains steady; the voices among static seem to layer more and more over each other. Eventually other sounds comes in, but by that point it seems almost as though the track is mostly for the focus instrument to dance upon. Perhaps its tense, and at times dreading atmosphere is conceptual. Perhaps it’s not, but either way “Menantang Badai” works in terms of setting tone for what comes next.

“Sang Penyendiri” presents something a bit different. There remains still a sense of tension but there’s an air of mystery in this one. The instrumentation is more rhythmic and controlled, and the sampling more heavily integrated. This song is less chaotic and, perhaps due to the vocals being soft, more hypnotic. High whistles herald a breeze whilst strings plod away, weaving an eeriness and perhaps a bit of dread. Seemingly the strings change shape and echo off themselves as speech and sounds find themselves crafted as a background spectre, haunting the instrumentation. Eventually whistles, horns and perhaps birdsong closes the piece.

The next track, “Para Penjarah”, commences with voice, tense strings, noise. Strings seem broken, trying to form out a rhythm they cannot find. More voices in the background, but now there is a calling out from Senyawa themselves. Vocals stretch out across a sense of stillness whilst occasional bursts of something overdriven menace the sparse proceedings. There’s a sense of dread that comes forward, though it’s also calm. Eventually a wave of noise comes in and washes everything away.

Abstract and perhaps impressionistic is the following “Pebatasan Barut”. Tubular-like noises, something underwater almost, bubbling, moving. A suggestion of percussion rings out. A voice appears, though it is many voices. The percussive ring comes back, playing out something that feels otherworldly. Eventually it blurs the lines a bit and becomes something a bit more vague.

Something appears in the background, sounding like a horn. Voice distorts to a basic crackle and falls away and that not-horn gains more prominence. Light sense of percussion and sounds loop; some sounds come back and seem like they’re scraping even though they aren’t and the track keeps on disintegrating. It feels like a long sketch. A good chunk of it disappears near the end, just after the return of that otherworldly ring. Eventually the ambient noise returns, washing everything away, though some new sounds come in. Maybe they aren’t new and instead are just the flickering of something long gone.

Eventually “Memburu Pemburu”, The Ocean‘s closing track comes in. It’s a return to a thumping bass sound, though with more of a thud to it. Weighty. Harsher, more abrasive noises stretch out, almost as though pulled and unraveling. There’s a menace to this; once more, a sense of dread. A building violence starts dominating the sound. Voice samples come back, though remain mostly a brief flicker, and yet a continuous part of the narrative. The song ends somewhat-suddenly. It’s kind of expected, and yet, it is not.

The Ocean feels very much like Senyawa discussing certain themes and subjects, but often in a rather abstract way. Perhaps that makes it more effective; it’s difficult to tell. It’s also difficult to tell as to whether some pieces run too long, or if they’re just the right length. However, what is clear is that this is a serious, thoughtful and expressive work that doesn’t hit hard so much as it does permeate and grow.

The Ocean is available here.