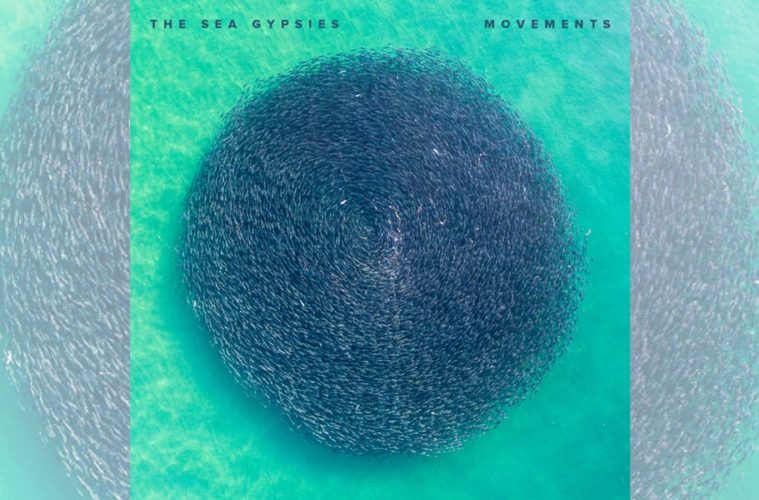 The Sea Gypsies have come back to land for their first album, Movements.
Who are The Sea Gypsies? Apparently they are a band of people that play instruments. They also apply vocals to their songs. Due to these factors coalescing into Movements, as well as others, review commences now.

Movements blends a few different elements together in a nice little package. Funk and reggae sit nicely together, soul-influenced vocals project over the band with appropriate energy, and strong pop and rock threads run throughout each track. There’s a strong adherence to verse / chorus / verse progression, with something else occasionally thrown in (usually a solo), adding slight variation.

The overall album is very simplistic. The focus seemed to be more on rhythm than complexity and the songs don’t change or evolve too much. However, the performance of each song is really tight, and despite some serious subject matter much of the music feels pretty light and fun.

The Sea Gypsies have struck a good balance when it comes to the songs. Movements has a good, smooth flow. The band knew when to have something more energetic and something more relaxed. There are occasional build-ups and releases, but no peaks and crashes. The songs inhabit a happy medium where they usually don’t go too far in any direction. The Sea Gypsies stick to a small template that they sound intimately familiar with. The songs end up livelier for it.

The instruments come together in each song pretty nicely. Most are pretty close to the middle which helps with the rhythmic feel of the songs. No one is vying for space and, despite the performance being tight, much of the playing sounds pretty relaxed. Aside from one use of harmonica, nothing sticks out too far, yet everything still is pretty distinct.

The Sea Gypsies have done well to follow conventions. Movements is a fine album. It doesn’t go too far in any direction, plays it safe and remains mostly consistent the whole way through. There’s a passion that runs through the whole thing that comes out in spades but doesn’t drown everything. The songs work, the instrumentation is pretty in some places, and overall the album is fun and lively.