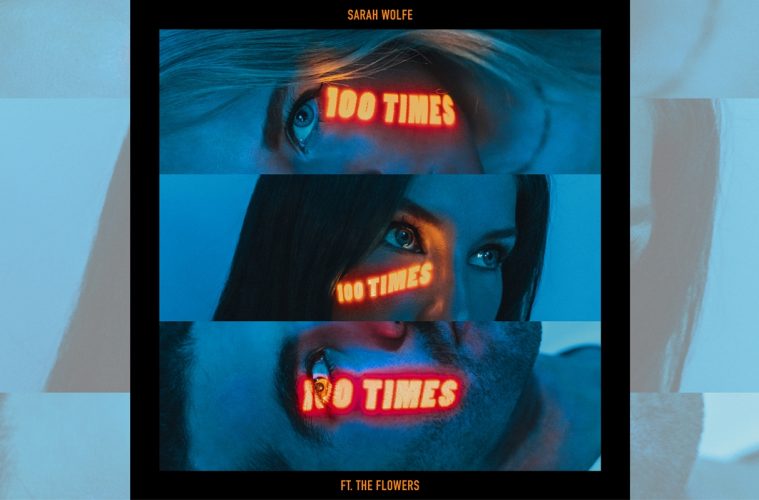 “100 Times” starts off worrying. The oft-heard soft and fragile, yet confident vocals give a strong impression of the song being quite by the numbers. Thankfully it’s a false flag; it’s not long before the song flourishes.

So here’s what you get with “100 Times”: Strong, rich co-vocals (with Aggy from The Flowers) alternating between loose and laid-back, and tight and passionate. A really basic melody underneath that keeps it all sounding rather simple and helps keep things lighthearted. An excellent use of each element that allows the song to just glide forward.

At times the vocals rise above the music and bring things “up” (so to speak), but the music’s refusal to conform provides a pleasant counterpoint. It’s not quite harmonious, but there’s no clash as nothing sounds against anything else.

Along with this, the instrumentation is constantly light which really pays off in the chorus sections. Rather than go for the massive, the choruses stay in line with the verses. Whilst that doesn’t say much about their quality, but it really was a smart decision to keep the choruses diminished. They flow well from the verses and feel much more enjoyable. They are simple and easy and they don’t go for the cheaply uplifting grab.

The song, and by extension the lyrics (as per Sarah Wolfe’s words) are shaped from her and Aggy’s time in New York City. There’s a sense of fondness that comes through, as well as a sense of longing; both of which don’t weigh the song down, but instead help keep “100 Times” feeling quite lighthearted and fun.

So some of this sounds familiar, some of it doesn’t, but overall “100 Times” is a really tight package. It’s sleek, passionate and really well put together. This is the kind of song that really should stick out; not because some things are different to the norm, but because of how well it works as music. It’s pleasant, lovely and easily enjoyable.