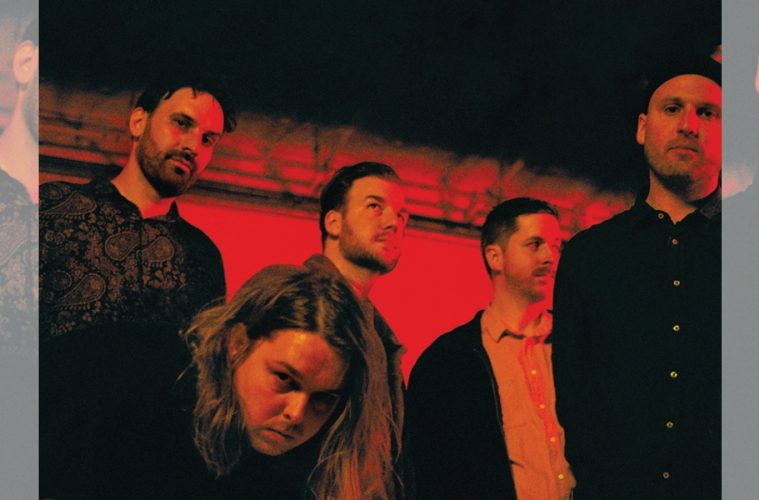 Q & A With Leisure

Leisure‘s TWISTER came out a few weeks ago and will soon be touring in support of its release.

I had the opportunity to ask them about the album, so that is what I did.

Ez: Hello Leisure.
Hope you’re all having a wonderful day.
You’re approaching the release of your second album, TWISTER.
After you put out Leisure, how soon were you looking to start working on a second album?

Leisure: Thank you! We started working on it straight away. We got a little disheartened in the middle there for a bit but it all came together. It was ready for release Oct 18 but got delayed due to label stuff.

Ez: From what I understand, Leisure was a success. Did you feel much pressure for creating a successor when it came time to work on TWISTER?

Leisure: Yes and no! We would go through up’s and down’s. Second albums are scary because you’re not a ‘new’ band anymore so people can usually be a bit more critical. Your first album can sometimes be a free pass almost. After the first album your sound is established so now you have to have people’s expectations in the back of your mind, but we always came back to the litmus test of ‘does this excite us? Yes? Good.’

Ez: Does TWISTER build on any of the themes and sounds first explored on Leisure, or does it go in a different direction?

Leisure: It’s definitely grounded in the debut but we wanted to explore our sound in all directions. We had been playing live a lot more too so we wanted to write for that environment as our debut was pretty chilled out. We thought more about the lyrics this time around too, our songs are never really meant to be for anything more than pleasure so we won’t be getting political anytime soon; but we’ve been exploring themes and issues involved in long-term relationships, short term gratification vs long term, how to hold yourself with confidence and stuff like that.

Ez: Why do you feel that was a good thing to do for your second album?

Leisure: A good time was last year! It was ready to go last October but had to delay stuff because of the way the label wanted singles to rollout, which is ok but we’ve learnt a lot about how we don’t want to do things. Which is why we wanna get this third album out very soon. It’s mostly written so just getting into the mixing and polishing process once we’re all back in the same zip code.

Ez: Was the writing for TWISTER a collaborative process, or was it mostly individual writing?

Leisure: It’s always collaborative. It needs everyone on the track to sound like a LEISURE song. Even if one persons influence is missing it doesn’t sound right, it’s a strange but very real thing. So even if 4/5 people are on a song and really liking it, it only takes that one person to not be on it or into it for us to shelve the song forever or until we figure out what’s missing. We’re never short on songs, we’ve usually got too many at any one time so we can be pretty brutal when it comes to culling something.

Ez: And how did that flow into the recording of the album?

Leisure: It’s the same process as the first really. We record as we write and the first couple of takes that we do usually contain the most magic, so we’ve gotten a lot better at making sure we are set up to capture that well so as to preserve the charm of the initial ideas. Once you start re-recording and replacing stuff you’re in danger of losing what you loved about the delivery or part in the first place.

Ez: On the new album, what do you think people will appreciate the most?

Leisure: I think maybe the variety! We go all the way up on songs like Feeling Free but coming right down on stuff like Falling and Running. I think we’ve done a good job at preserving what we liked about the first album and developing that in a way that fans of the first will appreciate. I think a lot of people (including myself) like the restraint in our music as well which we’ve kept in this record.

Ez: Now that the album is going to [be released] soon and you’ll likely be touring behind it, how do you feel about the album?

Leisure: Proud and relieved. I kind of see albums or any body of work kind of like a wardrobe – you can only wear the clothes a certain amount of times before you start thinking about other outfits. So releasing an album is like clearing out your old wardrobe and now you can go shopping again! Haha.

Ez: In regards to performing TWISTER‘s songs, do you feel that you’ll perform them differently in a live setting?

Leisure: When writing this album, we definitely had the live aspect in mind. We wanted to bring that energy that we felt live and put it on a record. It’s good to have more songs to play with too, it helps us fill out and structure the set with more ups and down – more moments I guess!

Ez: What do you think some of the challenges in performing the songs live will be?

Leisure: I play bass so personally it’s been a bit hard with songs where we wrote the bass on a synthesiser. A lot of the shapes are really unnatural for your hand movements, I was getting a sore wrist learning Feeling Free because the motion was just so strange on an actual bass. Also singing lead vocals while playing bass (well) can be pretty hard sometimes, a bit like the whole rubbing your stomach and patting your head thing. But in general it’s been pretty good, as I said the live thing was in the back of our minds while making this record so we’ve tried to layout vocal parts and instrumentation depending on who would be performing each part.

Ez: And what do you think the best aspects of performing them live will be?

Leisure: There’s a lot more energy in this record which makes our live set a lot funner for everybody. We loved our chill songs but when you take those to a bar full of 500 drunk people it can sometimes be a little strange, so it’s been great having more dance music up our sleeves.

Ez: Thank you very much for your time.
Looking forward to hearing the album, and I hope it does you well.

Leisure: No thank you! It’s been a pleasure!

TWISTER is out now.

Leisure are playing the following dates in Australia this September: