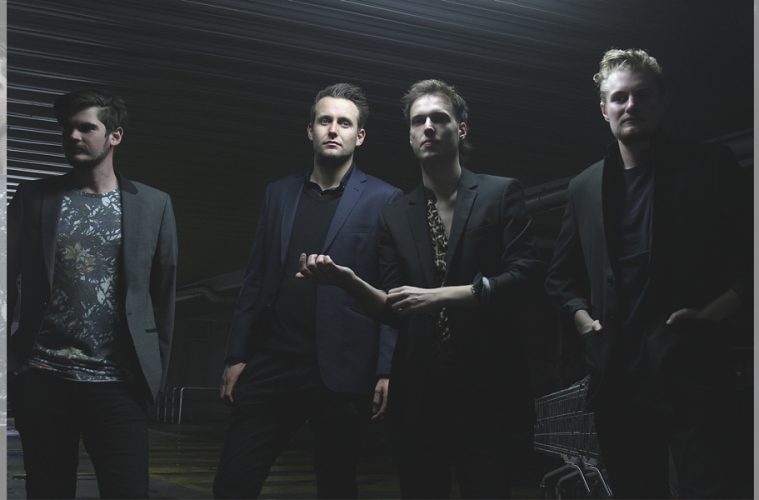 Q & A with Jay of Viera Motel

“Take Heart” is Veria Motel’s debut single.
It’s a song that comes across as sounding confident and well-defined.

Jay, their frontman, was kind enough to answer a few questions about the song that I shot their way.

As I understand it, “Take Heart” is your first single. However, it doesn’t sound like it’s your first bit of music. When it came to choosing, did you have a number of contenders, or was it just this one?

Jay: “Spot on. ‘Take Heart’ was actually one of the last songs we had written before recording, and was written with debut single in mind. We agreed to keep a few of our best contenders up our sleeve, which were written quite a while ago. We’re excited to show them off, actually, we might even be playing those cards sooner rather than later.”

Ez: In what way does “Take Heart” best represent the band?

Jay: “One of the things that stands out for me is the fact that we didn’t hold back from letting our influences shine through. 90’s eurodance sounds, big ‘Killers’ like choruses, ‘Wombats’ sounding guitars and drums. I’m sick of those whose who decide what they think the lister needs to like, and looking for bands to ‘reinvent the wheel’. If I hear an amazing band like ‘Oasis’, ‘New Order’, ‘The Killers’ etc, which are STILL the greatest bands in the world, I’m looking for similar sounding bands. We’re not scared to embrace our influences and I think that ‘Take Heart’ is a perfect example of that. Don’t fix what ain’t broke.”

Ez: Meaning-wise, what were you looking to get across?

Jay: “Lyrically it was a straightforward track regarding self-reflection, basically a ‘look in the mirror’ pep talk to take that step out of a rubbish relationship. I’m proud of the fact we’ve stuck with this theme of dark, but honest lyrics to compliment out high energy compositions. Take Heart is actually the first, and only positive song lyric-wise we have so far. Might need to spend some time with Matthieu Ricard…”

Ez: Was the song recorded piecemeal, or was it recorded live?

Jay: “After having the mindset of ‘rawer is better’ for many years, this time around we thought we’d change it up and go the opposite way around, which explains why we went for ‘Malcolm Beasly’. We aimed for the cleanest production possible, and if it meant we needed to go through sections piece by piece, we did. And lack of time was a bit of a factor as well, not going to lie.”

Ez: Do you feel as though this was the best approach? Why / Why not?

Jay: “Yes. We tried to record an EP a year or so ago in a half-raw, half-clean form but it just didn’t work as we continued to hear polish singles on the radio, saying to ourselves ‘We’re still so far away. Why can’t we have a song like that?’ We wanted to do it right this time, so aimed for ‘Malcom Beasly’ as a) we loved his work on City Calm Down’s albums and b) he had a great track record with songs on the radio, which was our goal.”

Ez: Have you performed and shaped this song in a live setting, or is it yet to make its live debut?

Jay: “Every song I put forward to the band with ‘live setting’ in mind, so we have been able to adapt it quite easily into our set. It receives quite a good reaction, but here and there throughout the song Matt (our guitarist) needs to sacrifice the guitar to play the piano visa-versa as the guitars and piano part play alongside each other in the recording. Vocally, it’s the only song we have where I sing in falsetto. I’m new to the falsetto world so can be interesting at times.”

Ez: Thank you for your time. I hope the song goes well for you.