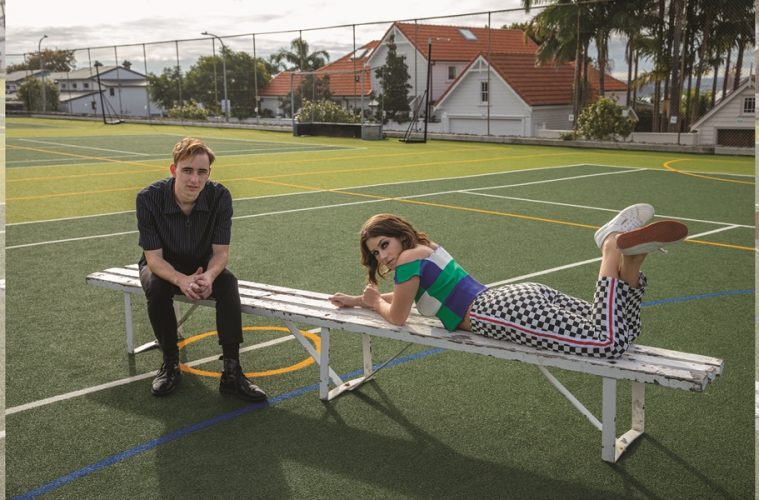 Quite recently NZ duo Foley released a single by the name of “Can’t Help the Way”.
I sent them through a few questions

Ez: HELLOOOOOOOOO FOLEYYYYYYY!
Hope all is going well in your neck of the woods.

Foley: Thanks so much for having us! Always nice to answer questions and see what has jumped out to you about the song or us as a band!

Ez: I want to start off by asking the following:

“Can’t Help The Way” is your fourth single in a row. Are you looking to continue releasing focus tracks, or is this all leading to an album / EP?

Foley: We are slowly working towards an EP hopefully before the end of the year. You never know though! It’s always nice to see how people respond to the single and then work out where to go next. But don’t worry there is a body of work coming soon!

Ez: In what way do you feel that releasing singles has been beneficial over putting out a release of collected songs?

Foley: Its allowed us to really take the time to be honest and open in our songs about what’s going on in our lives. If you release too quickly or all at once I think you end up with a slice of life but not really a picture of how things have played out. We are super transparent and our listeners have been able to follow our break ups and relationships and everything we’ve been through since we started releasing singles. I think that’s been an awesome way of introducing ourselves to the world!

Ez: Subject-wise, what were you looking to cover on “Can’t Help The Way”?

Foley: The track is about letting go of the overthinking and overanalysing in a relationship and just allowing your feelings to take hold. Its so easy to try and intellectualise your emotions and talk yourself out of your feeling, but in reality the heart is more powerful and you have to let yourself give in to it. You can’t help who you like!

Ez: Sound-wise, was the music written out and planned, or was it something that came through spontaneity?

Foley: The track came together really organically and quickly. The initial demo came together overnight with our good friend and producer Giorgio Scott and the work we did that night has pretty much stayed the same. After that we pulled it apart and revamped the production with Josh Fountain (who we have worked with in the past) to make sure the sonics were all contributing to the overall upbeat vibe, and slight nostalgic twinge. I guess a combination of spontaneity and planning!

Ez: When it came to putting the song together, were there any particular goals you strove to achieve? If so, what were they?

Foley: We really wanted to write a song that was overwhelmingly positive and free. Our other material has been fairly pensive and backward facing- talking about break ups and relationships. This is more about moving forward and allowing yourself to just feel freely.

Ez: And in what way do you think the pop format most benefits the song?

Foley: I think the pop format is about knowing the rules and breaking some of them for effect. We try to write pop music that is a little bit different and doesn’t follow every rule on purpose. Particularly with the vocoder and the guitar sounds we threw some things in there that aren’t in a classic pop instrumentation and hopefully make us stand out.

Ez: Foley, thank you for your time. I hope that whatever comes next goes well and that you have fun along the way.

Foley: Thanks a million!