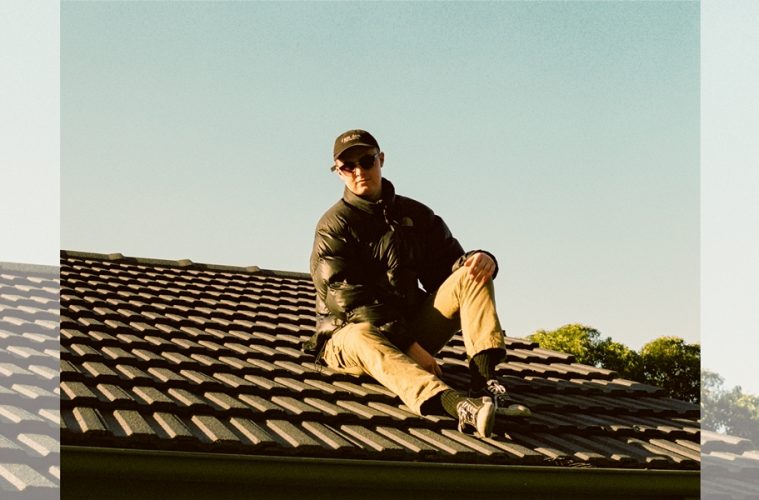 Q & A With Brad Jordan

I was recently afforded the opportunity to shoot through some questions to Brad Jordan, a Sydney-based hip-hop artist. I asked him about a few things, including the music video for “Come Down”.

As I understand it, you’ve been making music for a few years now. What is it about hip-hop that you feel makes for a good medium in which to get your music and words across?

Brad: Growing up listening to rap, it was seemed like it was the genre that had the least amount of self-censorship by its artists, with the most vigour and emotion all at the same time. So to me if you wanted to fully express yourself, hip-hop/rap is the medium for it.

Ez: You’ve chosen to put out “Come Down” ahead of an upcoming E.P. What was it that made “Come Down” the best song to put forward to help promote the upcoming release?

Brad: Besides being probably the most marketable song from the E.P., “Come Down” is a special song for me as it reminds me of nothing but great memories. I’ve also had quite a few messages after the audio release of “Come Down” of people saying that listening to it brings them back to their underage party days, so I feel like the imagery in the song can allow any listener to reminisce on those golden years.

Ez: When it came to making a music video for “Come Down”, what was it that led to the decision to make something conceptual rather than performative?

Brad: Since the song itself tells a story, the director Aaron Bull and I decided that a conceptual video with a ﬂowing story throughout would be best to create the images talked about during the song.

Ez: What is the video’s story, and how much of that relates to the song’s lyrics?

Brad: This video shows the protagonist (Clown) going to all lengths to host his own house party. As the opening shot establishes, Clown has just stolen a case of beer in hopes to start his party with a bang. He quickly runs into the antagonist in the ﬁlm, Cop, who tries to chase him down before being hit by a car.

Back at home now, Clown has to sneak past Papa Clown to steal money from his wallet to add marijuana to the party supplies. Papa Clown spots him, but its too late. Clown runs away from an enraged Papa.

To his joy, Clown hears a knock at the door. Throwing caution to the wind, Clown opens the door before checking to see whose there; Cop. Cop rushes Clown and beats him to submission. The video ends with Clown unmasked with Cop’s boot on his head, singing the last chorus of the song.

Concerning the lyrics versus the video, they are inversely related, meaning the opposite of what you’re hearing in the song is happening in the visuals. Whilst you’re hearing about a big party going off without a hitch in the song, the video shows the protagonist waiting for a big party, with no one showing up and in the end he gets arrested. I thought it would be a funny touch, to experience two different stories at once.

Ez: Why do you think that a lot of acts still make heavy use of performative music videos over conceptual music videos?

Brad: Whilst performative music videos deﬁnitely have their place and are more suitable for some types of songs, they’re much easier to direct and shoot in comparison to conceptual videos. So that’s why you see a major prevalence of those being produced.

Ez: When it came to creating the E.P., did the music, or the words come ﬁrst, or was it a mix?

Brad: Deﬁnitely the music before everything. I ﬁnd it hard to write lyrics without a BPM set out, or write a harmony without the accompanying sounds in the instrumental. My producer Marc, AKA Built on Water is a ridiculously talented guy that I can unload my ideas on, knowing he can reproduce them in Ableton, so it comes really easy from start to ﬁnish!

Ez: What was it that led to the decision to go for an E.P. over an album?

Brad: When you’re an unknown artist, people won’t pay attention to 12+ tracks from you. There’s also a limit with budget for beats, equipment and the mixing and mastering of tracks, so a smaller, more succinct E.P. was the way to go!

Ez: In a live setting, are the songs going to change a lot, or remain quite close to how they were created?

Brad: Remain relatively the same, with a lot more energy 🙂

Ez: Thank you for your time Brad. I hope your week goes well and that both the E.P. and the clip for “Come Down” are well-received.