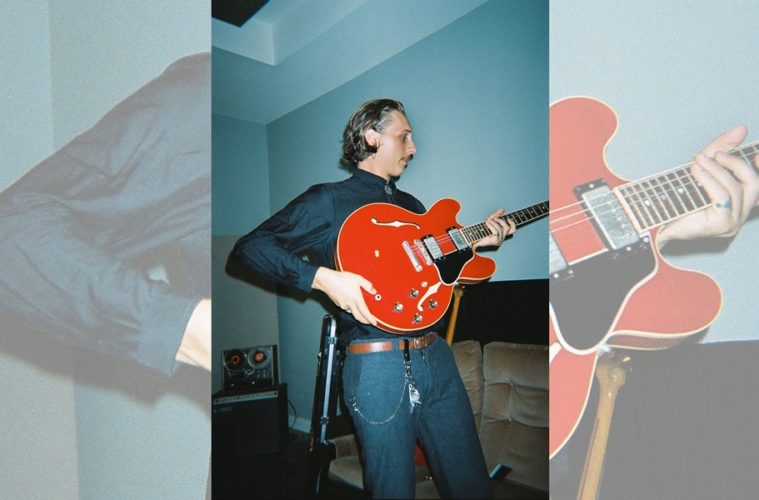 Q & A With Beau Lightning

I recently was afforded the opportunity to ask Beau Lightning a few questions regarding his new song “Rock ‘n’ Roll Life”. As such I ran a few questions by him, so here are the questions and answers between Beau’s and my being.

Ez: In “Rock ‘n’ Roll Life” you sing quite a fair bit about the titular subject. Is the song a satirical look on people who pursue a glamorised music star lifestyle?

Beau: Yeah, you hit the nail on the head, that is exactly what the song is supposed to be.

Ez: What was your thought process behind making sure the lyrics expressed what you were looking to express?

Beau: Well, I actually wanted to write a song about the desire for a successful career in music, but that’s not very inspiring lyrically, at least not for me, I tried it once in an old demo and it kind of turned into a pretty depressing song. So, for this one I wrote about it from the perspective of a character I made up, something I’ve never done before. It’s fun doing that, because it gives you freedom to say things you might not otherwise.

Ez: The song features two solos (please correct me if I’m wrong) – one at the start and one near the end. Were they improvised or written?

Beau: I didn’t really think of them as guitar solo’s as such, but you wouldn’t be wrong for calling them that. When I come up with a part like that, usually I put that section on loop and jam over the top until I get something I like, record it, then fine tune it and record it again until its exactly what I’m after.

Ez: Following on from that, how much importance do you place on both writing and improvising?

Beau: I don’t think I really do much improv, like I said, I usually put a section of a song on loop then see what I can come up with to go over the top, so I guess in one sense its improvisational writing the parts, but I’m not hitting record and leaving the first thing I come up with. I usually know what I’m doing when I hit record. It might help to mention I do everything alone, so I can’t jam out with a band and improv like that, when I write a song I’m in the studio recording everything by myself. So, to answer your question I place a lot of importance on writing.

Ez: There’s a fair bit of reverb in the song. Why did you go for this approach over something more dry?

Beau: I think it just fit the vibe, it’s not really a conscious decision to use a lot of reverb or to have the song be really dry when going in at the beginning, it’s more just about serving the song. I do think it helped create dissonance on the vocals in the verse and everything else with reverb is probably trying to compliment those same feelings and emotions.

Ez: It seems as though thus far you’ve only released a few songs under this moniker. Are you going to be building up to a larger release, or sticking to individual song releases?

Beau: For now, individual song releases are the way to go. In this day and age where peoples attention spans are almost non existent, I think I would be wasting a lot of potential extended exposure by releasing a body of work this is early in the game, it sucks because certain songs definitely don’t work as well as singles and I love a lot of the deeper cuts on albums, but I think it’s probably strategic to wait until there is more of a fan base before releasing a collection of songs.

Ez: Thank you for your time. I hope that wherever you take this, it achieves what you hope to achieve.

Beau: No worries at all, thank you for the interest and I hope so too!