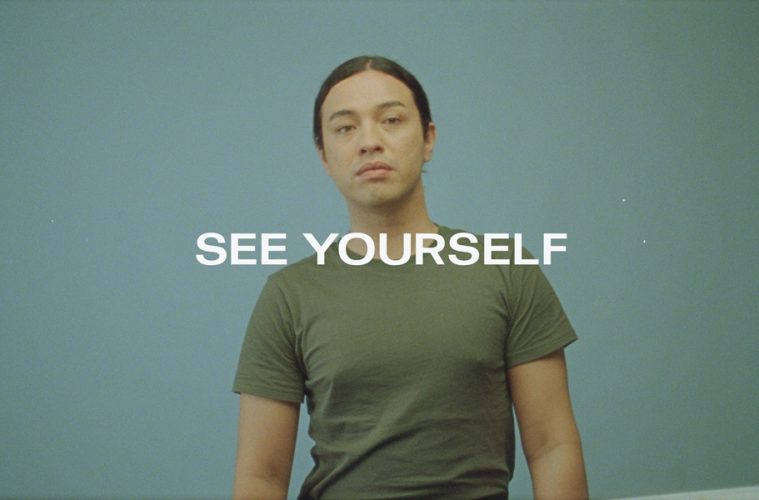 Q & A With Moreton

Toward the end of last year Moreton‘s video for their single “See Yourself” came out. I asked Moreton about the video, as well as how it’s been received.

Ez: From what I’ve read, “See Yourself” has been a bit of a hit.

How have you reacted to the song’s popularity?

Moreton: Thank you, it’s been such a strange and intense period of time, to see such a passionate reaction from strangers all around the world to a song that was so private and personal for me, and something I wasn’t sure I could release at several points. It’s been a real rollercoaster.

Ez: Did you always envision a visual component to the song, or was this something that occurred after its release?

Moreton: I always have so many visual ideas when I’m making music. It’s a sign for me that I’m on the right path creatively when I start getting visions of scenes and colours from a song. But we didn’t rush making visuals for this one, which I’m really glad about, because we ended up making a piece that was a response to the way our listeners had received the song.

Ez: Were there many ideas for the video, or just one?

Moreton: There were lots! So many directions it could have gone. Mia and I – we’re also close mates – had so many cups of teas and texts and threads of emails and inspiration. And I’m always overthinking and flipping things around in my mind, so I’m a bit of a nightmare most likely, I never switch off. Then when the ‘right’ idea comes along, I feel like it just rings out like a bell, and you start moving forward with that one, cracking it open.

Ez: How much fine-tuning did you have to do to get the idea to a point where you thought it would work?

Moreton: There wasn’t a lot of fine-tuning we could do because the concept was very much chance based – we didn’t know how people would react or look or feel on the day. So there was just a lot of trust – which was easy for Mia and I because we’re both such fans of portraits of real people, in all their uniqueness and these were going to be like moving portraits. We only had a limited amount of 16mm film stock too, so we could only shoot each person for 4/5 minutes or so, so the process was very instinctive for everyone involved. Mia as a director was turning the record on and off as she felt it, catching people’s beautiful in-between moments. I was running the audio on the day, and the crew were so hyper-engaged for those 4 minutes for each person.

Ez: Do you feel as though you covered everything you wanted to with the video, or was there more that you couldn’t cover?

Moreton: Hehe I only have one regret – this beautiful artist Hannah Bronte was there on the day as company for her friend Eden who was on camera. Hannah is an artist I admire, and she’s also such an incredible, vivacious person, with big bright eyes and wild style, and I really regret not thinking at the time – oh let’s steal one minute from each person and use those minutes to film Hannah! She’s such an amazing and important artist too – everyone should check her out.

Ez: Now that the video has been out for a few weeks, how do you feel the reaction has been compared to “See Yourself”‘s initial release?

I really intentionally don’t think about those kind of things – because they’re beyond my control, plus I could never really get a true sense of it even with the deepest diggings. Plus mostly, I don’t think it’s really helpful or healthy for artists to think that way. I just want to stay in my own lane, keep me head focused on what’s ahead and what I’m making next, and let the stuff I’ve finished and released belong to the people that love it – however few or many of them there are. 🙂