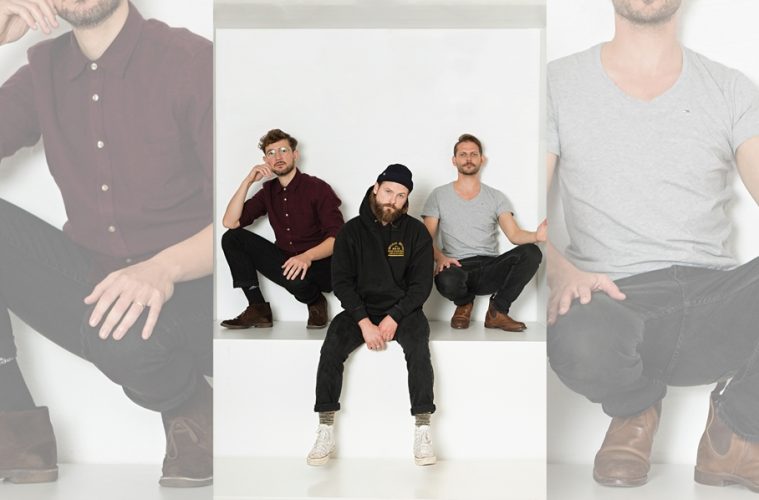 Q & A With Mighty Oaks

In the lead up to Mighty Oaks’ release of All Things Go, I had the opportunity to ask them about the two singles preceding the album; “All Things Go” and “Forget Tomorrow”.

Ez: Hello Mighty Oaks!
Your new single “All Things Go” feels like an upbeat song. Was this an intentional choice, or just something that developed by happenstance?

Mighty Oaks: The song began as a piano ballad actually. Ian wrote the song on his piano at home and brought it to a writing retreat near Berlin with the guys. Craig suggested  that we try it on acoustic and started playing the palm-mutes guitar you hear at the beginning of the song. This lent itself to a more rhythmic and upbeat interpretation of the song, which felt right in the end.

Ez: Do you feel that it’s difficult to balance serious (and sometimes downbeat) subject matter with more upbeat music?

Mighty Oaks: Not at all. This is something that we do quite well actually. The dichotomy between meaningful and often times melancholic or even sad lyrics and light, uplifting music makes our music rich and interesting. It serves to confront people with multiple emotions at the same time which, in turn, makes them reflect upon what they’re feeling. If anything, it’s harder is just write a straight-forward happy song.

Ez: What is it about “All Things Go” that you think makes it a good single?

Mighty Oaks: This song was never intended to be a strong single or a big hit. Yet, it turned out to be somehow memorable and infectious. There is a drive to the song from the beginning, interesting production sounds and soundscapes, our signature harmonies, and a big finish. It follows the formula for a single, but in a meaningful way.

Ez: Is there anything subtle hidden in the song that you’re hoping listeners find, or is everything “out in the open”?

Mighty Oaks: The song is an open book.

Ez: Was there any trepidation surrounding “All Things Go”‘s release?

Mighty Oaks: No, no. Although the sound is slightly more modern than what we have done in the past, it is still very much a Mighty Oaks song. We were excited to release it.

Ez: How has the reaction to the song thus far made you feel about the song?

Mighty Oaks: The reaction has been resoundingly positive, which of course makes us happy. We think the song has gotten people excited for the album.

Ez: How do you feel “Forget Tomorrow” works as a single following “All Things Go”?

Mighty Oaks: We felt it was nice to show another side of Mighty Oaks. “All Things Go” was a nice bridge between the last EP and the new album. “Forget Tomorrow” goes a bit further into that pop sound world which was something new, and fun for us to to explore. It has a good energy to it as well, which was a nice contrast to the more mellow vibe of “All Things Go”.

Ez: And in what way does it best represent your upcoming album without giving too much away?

Mighty Oaks: Like we said it shows Mighty Oaks in a bit of a different light to what maybe people are used to. It still has the acoustic elements in it, but sonically it’s a bit of a different sound world for us. This song allowed us to push ourselves beyond our usual limits, and as a result there are a few other songs that dip into these more modern sounds.

Ez: Does “Forget Tomorrow” take a stance on its subject matter, or is it more of a neutral observation?

Mighty Oaks: “Forget Tomorrow” is about the thought of leaving to go on tour, and trying to make the most of the time you have with your loved ones before you go, rather than fretting about it, and ending up spoiling the last days together. Ian wrote the lyrics based on his own experience, so it has a personal meaning, but it’s something that anybody who has to leave a loved one can relate to. Forgetting about what lays ahead tomorrow, and just being able to enjoy the moment you’re in today.

Ez: Thank you for your time. I hope you have a swell day.

All Things Go comes out on February 7th.