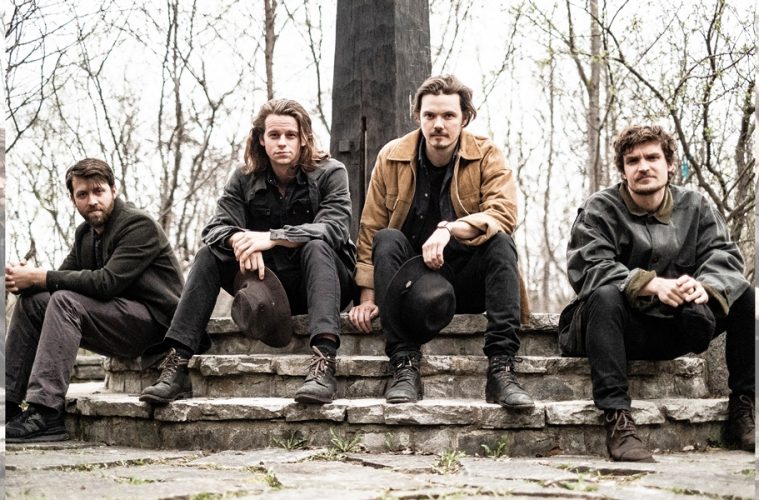 Q & A With Half Moon Run

Half Moon Run’s A Blemish in The Great Light released recently. Here are a few questions regarding the album that I was able to shoot off to the band.

A Blemish in The Great Light is, as far as I’m aware, your third album. In what way does it follow on from your previous releases?

Half Moon Run: Just as C comes after B, as far as I know.

Ez: And how does it carry your sound forward?

Half Moon Run: The metaphor we used was that we were trying to “come out in front of the curtain”, sonically speaking. Our previous records were kinda smokey/hazy, and that was nice in its own way, but on this record we wanted to experiment with making things a bit cleaner, while still retaining the fullness and warmth that we like.

Ez: With this album, were you looking to create something more conceptual, or just have a collection of songs?

Half Moon Run: We had conceptual conversations quite often during the writing and recording of the record, but ultimately most of the decisions we made we on more of a zoomed-in perspective. Sometimes conceptual themes become evident only after the project is finished.

Ez: What is it about that that you found appealing?

Half Moon Run: Well, it seemed to be the only way.

Ez: In what ways do you feel A Blemish in The Great Light justifies being an album?

Half Moon Run: Good question… I think the effort and discretion that we collectively put into the album justifies it.

Ez: When creating the album, did you end up with too many songs, or just enough?

Half Moon Run: Not too many, but more than ended up on the LP itself.

Ez: Do you plan on doing anything with those songs? If so, what?

Half Moon Run: Yeah, we plan to do something with them, absolutely. One of the nice things about being three albums deep is that there’s several years worth of shrapnel kicking around that can be used for all kinds of things.

Ez: What was it about A Blemish in The Great Light that made you realise it was finished?

Half Moon Run: The negative consequences of betraying yet another crucial deadline.

Ez: Do you feel as though this album could be considered as being all-encompassing of who you are as a band?

Half Moon Run: No. I hope we never reach a point where we think that’s true about an album we make, because it would naturally imply that we were finished.

Ez: Thank you for your time.  I hope the album does well for you.