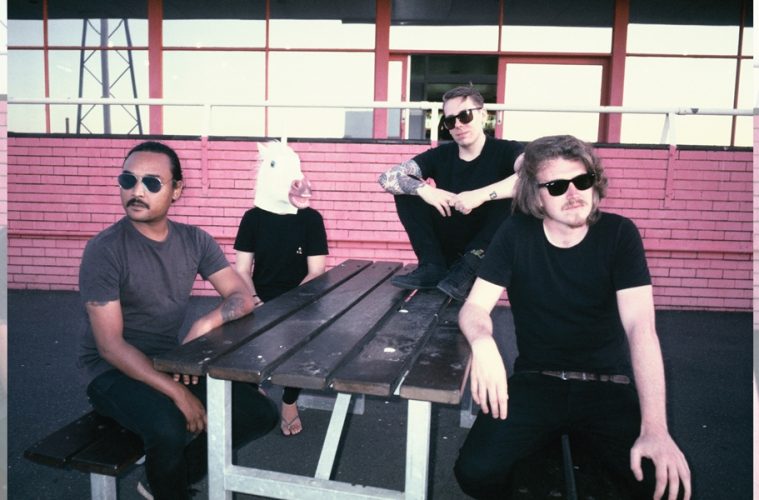 Q & A With The Great Emu War Casualities

Recently The Great Emu War Casualties released the first of a series of three singles.
I was fortunate enough to be able to ask them about “Welcome and Good Luck”.

Ez: Why do you think your songs get described as quirky, eclectic and eccentric?

GEWC: I’m not sure that our songs actually are that Quirky, Eclectic and Eccentric… I think they can be pretty sad. Jim Carrey is Quirky, Eclectic and Eccentric and I don’t feel as though we’re the Jim Carrey of music. Unless you’re talking about that Charlie Kauffman film. What I’d really like to be is the Nicolas Cage of music. That man is a genius.

Ez: Do you feel this could apply to your new single, “Welcome and Good Luck”?

GEWC: Zooey Deschanel is Quirky, isn’t she? What happened to her show? The one with the flatmates? Is that still going? Anyway, yes, it probably does apply to Welcome and Good Luck, maybe… It’s probably unexpectedly pessimistic and downtrodden for something masquerading as a cheerful pop song. We’re pretty indiscriminate when it comes to musical influences – ask Bibek about his metal band and love for Kylie Minogue.

Ez: For someone who hasn’t heard your music before, how would you describe “Welcome and Good Luck” to them?

GEWC: I think it’s just a fun little indie pop song with an interesting dynamic structure. I feel as though you can drop into this song at a bunch of different points and be surprised that you’re in the same song. Doesn’t make it sound as appealing as quirky, eclectic and eccentric though, does it?

GEWC: Right! Welcome and Good Luck is Volume 1 of the New(ly) Single(s) Collection. Mostly because it has the word ‘welcome’ in the title… it’s just meant to be a nice palette cleanser I guess. Like ‘have a listen and see what you think, hopefully it’s not too intimidating’ (although the video might suggest otherwise…) The next two are not too dissimilar but still quite different. Sorry, that doesn’t really help at all!

Ez: Are the three singles planned to be part of a larger release, or are they strictly meant for this short series?

GEWC: Just this short series for now – we’ve recorded these songs on an absolute shoestring using Bibek’s digi kit and everything else at home. Cal Barter has then come on board and helped us on the keys and mixed everything and done a bit of production and he’s done an incredible job. (And of course we had Rob Gentry feature an epic synth solo for us! That guy is unreal!) For something bigger the target will always be to take ourselves into a gorgeous studio space and really let loose… but gotta save up those dollarydoos first!

Ez: Do you feel that there’s more strength in releasing singles over a song collection? Why / Why not?

GEWC: For a band starting out I think there is strength in singles. You get to take it a release at a time and learn what works and what doesn’t work. You get to put a couple of flops out and it’s not like an album bombing, it’s just a song, so any financial damage is limited and nobody holds a couple of bad songs over a band anyway as the material builds up. For a more established act that wants to showcase a bit more of themselves then an album is ideal. You can create songs with the whole purpose of being buried on the album just for fans to enjoy.

Ez: Lastly, as a band, how do you feel your music has developed since your formation?

GEWC: We started out as a completely home studio act just releasing EPs of material that we’d written and scavenging to get gigs wherever we could. Now we’re a much better live band and the songs have that kind of performed energy (mostly thanks to Bibek our drummer!) I think the music has developed and expanded over the past year or so. We’ve made some right moves and some wrong moves and managed to learn from them all. I don’t know if anyone else will necessarily agree with that. I know I’m happy with how this single sounds and I’m looking forward to the ones coming up. What more can I say?

Ez: Thank you for your time.
I hope the rest of the year sees you go from strength to strength.