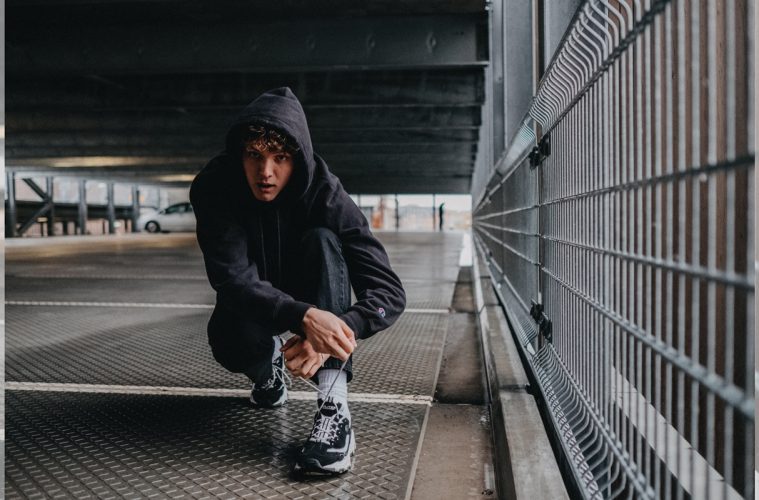 Recently Boy In Space released “Caroline” as a single. I asked him a few questions about the song and its creation.

Hope it’s not too cold up there.

Boy In Space: Hello Culture Eater! Hope it isn’t too hot down there in Australia!

Ez: What led to the writing of “Caroline”?

Boy In Space: Caroline is about a person that is out of your league but you can’t get them out of your mind. When we were writing the song, my friend played me the guitar riff and I was in love. I just started coming up with the melodies and then the “Caroline” theme kind of rose to the surface of my thoughts and it felt like it fit.

Ez: You make use of what sounds like an acoustic guitar among the electronic sounds. In what way do you think the combination benefits the song?

Boy In Space: I think the acoustic guitar adds a little depth and warmth to the song… As it is a love song I think it needs that warm aspect.

Ez: There’s a fair bit of processing on the vocals. What do you think the processing adds to the vocal performance?

Boy In Space: The processed vocal has always been a part of my sound and what I love in certain vocals. I wouldn’t use the same vocal chain on Bob Dylan, haha, but I think it matches with my voice and how I want to create.

Ez: It seems that with the music under the vocals you kept things somewhat-restrained. Was it difficult to not make everything sound as massive as possible?

Boy In Space: Yes, sometimes it can be really hard not going overboard with the track, as I love producing and playing with interesting sounds… but I really wanna give the vocals the spotlight in “Caroline” and let the track be the bread to the burger.

Ez: What do you feel the pros and cons of releasing a single over an EP or an album are?

Boy In Space: I feel like an EP is more of a build up into an album so there’s room to experiment and try to find what you want a future album to sound like. That’s why I’ve put a lot of focus on singles as I discover my own sound.

Ez: Thank you for your time. I hope your day is pleasant.

Boy In Space: You too!