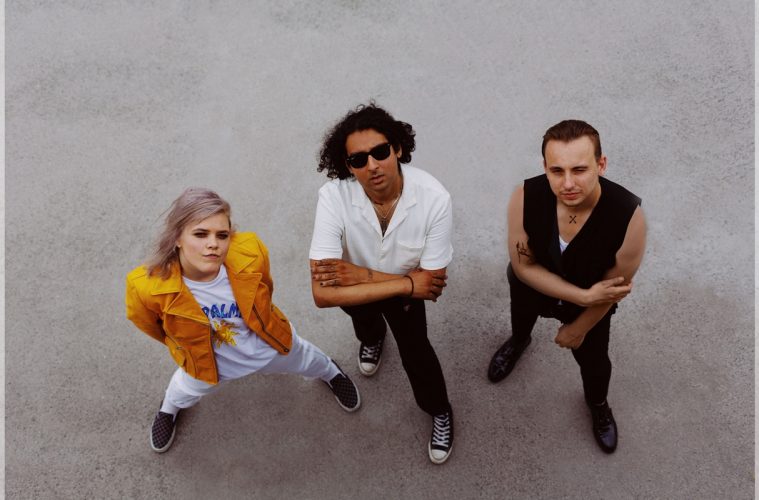 Recently BLOXX put out ‘Lie Out Loud’, the first song from their soon-to-be released album.

I asked them a few questions about the song.

On ‘Lie Out Loud’ what is it that you are looking to say?

BLOXX: In short it’s pretty much another breakup song, it’s a bit angsty so it’s got a bit of sass behind it! I think it describes the brunt of a relationship where nothing is working anymore and acceptance of that is key! It’s still a fun punky tune though!

Ez: Outside of that, what does the song mean for you?

BLOXX: It means a lot to me because it’s one of the most angsty tunes on the record I think. Also because we nearly never even wrote that song, so it’s special in many ways, mainly because of how close we came to never hearing it!

Ez: As I understand it, this is the first song from an album coming later in the year that you’re putting out. What was it about this song that you felt made it the best choice to put out now?

BLOXX :Probably the times we’re going through right now, it feels like the right time to put an angry but fun happy sounding pop-rock tune out. Also it’s the lead tune on the record so it made sense to us. It feels like a bit of a statement in terms of the direction we wanted the record to go.

Ez: When it came to creating ‘Lie Out Loud’, how important was it to get the sound it has?

BLOXX: Quite important. I feel like this tune sounds more like us than we ever thought we could achieve. The guitars are very BLOXX. It kind of makes the record quite cohesive and I think that’s quite important when you want to put something great out. I’m a bit of a stress head, so it’s important that everything sounds mega haha!

Ez: Did the words for the song come easy, or did they take time to develop?

BLOXX: I think they happened in about 20 minutes, which might be a record, but lyrics always come fast! This tune was written half-way through recording the record, so it really wasn’t on the album until we’d basically finished it, it was meant to be cleary!

Ez: Thank you for your time. I hope ‘Lie Out Loud’ and the album do well for you.