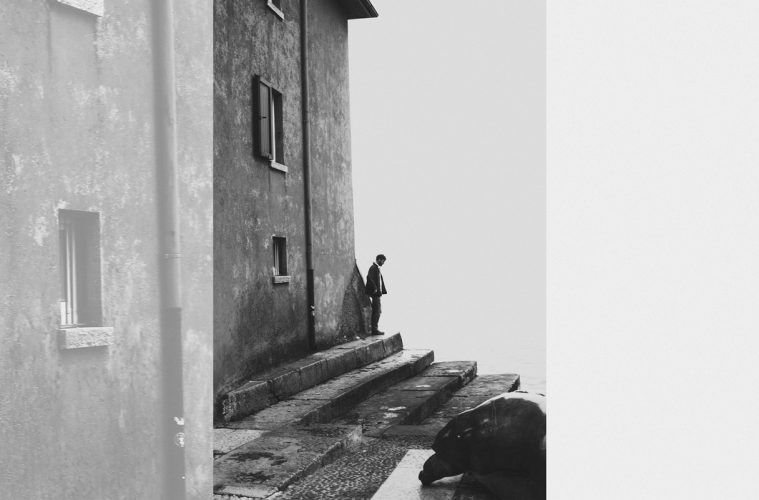 Q & A With Blanco White

Blanco White‘s On the Other Side is coming out soon; as such, I took the opportunity to ask him about the album as well as its currently-released songs.

Blanco White: Hope you are too!

Ez: Lyrics-wise, what were you looking to express on “On the Other Side”, “Samara”, “Desert Days”, “Papillon” and “Mano a Mano”?

Blanco: Although each of these songs explores different emotions and holds different associations for me, there are some themes that bring them together. On the Other Side is the name of the album, and I chose that name and positioned it as the first track because it felt like a gateway song. Once it was written, I felt a stronger sense of purpose with how I wanted to approach the rest of the album, and the ambiguity of the name captured what I felt like I was searching for in the music – it’s an invitation to another place.

For me, that is what is so special about music. It can be transportive and take you somewhere else, and my aim when writing is to try and build atmospheres that transport the listener to a more otherworldly space. The lyrics in that song, particularly in the second half, are meant to feel mysterious in some way, and invite the listener to enter that other space for themselves.

Lyrically the surreal is very important to me as a result, and I often think it has strong associations with delirium. “Desert Days” is a song about feeling trapped living in one city for too long, but the desert setting of the song allowed me to explore sensations of delirium and an open landscape that could still be a suffocating prison, even though there are no walls locking you in.

“Papillon” was directly inspired by the book of the same name by French writer Henri Charrière, a favourite of a friend of mine who very sadly passed away in 2018. The book is about a jail break, and the lyrics in the song begin by describing the solitary confinement of the main character and the same kind of delirium he describes while living alone for so long. The song as a whole is really about my friend, and how when I followed the main character through the book, I always found myself thinking of him.

“Mano a Mano” is very descriptive in its lyrics, depicting the landscapes where it was written, in the mountains above Tarifa on the southern tip of Spain. It’s a magical corner of the world, where only 9 miles of water separate Europe and Africa, and the Mediterranean and the Atlantic oceans meet. The house I was living in had views across the straits to Morocco. I wanted the song to explore the sense of dream like mystery I often feel when I’m there, as well as a heightened connection with the sun and moon in a place where the light is so spectacular.

“Samara” is maybe more of an outlier in its lyrics. I wanted the song to be a little more playful and tell a story more directly, and it’s really just a song about a crush. Never good to be too earnest all the time!

Ez: In what ways does the music for these songs match their lyrics?

Blanco: The tones and textures I play with in the music are designed to try and complement the slightly abstract lyrical style I use, where I am trying to create atmospheres that feel dream like or otherworldly in some way. As I’ve mentioned I’m really interested in the surreal, as well as feelings of awe and transcendence, things that for me are intertwined with music. That is what I’m searching for in the music, and by using things like long modulating reverbs, I’m trying to create impossible spaces that a listener can enter in to.

Ez: And in what way do you feel they best represent On the Other Side?

Blanco: I hope they capture some of the emotions I’ve described above, and that they are stepping stones or windows that allow people to connect with the wider world I’m trying to explore in the music.

Ez: When it came to doing the album’s vocals, how did you get to the approach used on the released version?

Blanco: Phrasing and rhythm are very important to me when it comes to vocal lines. I really love language and the way words can sound in the right combination or within a melody, so often I’m exploring and experimenting with the rhythm of a vocal melody instead of beginning with a set of words already decided on. The music and harmony normally come first and they then inform the lyrics. I used to begin songs with just one instrument and vocal, but now I tend to build up the music and melodies within the chords so there is more informing the mood and atmosphere of the song before the vocal further expands on that feeling.

I used an sm7 dynamic microphone to record my vocal for the first time, instead of using expensive studio condenser microphones, and combined it with a great Neve pre amp, and a tube tech compressor. Dani Bennett Spragg engineered the record and refined that vocal chain, and I was really pleased with how it turned out. I had always felt I hadn’t found my vocal mic/ chain on previous releases, but now I feel I’ve found one that works for me and will stick to it in the future.

Ez: Did the music follow a similar process, or did it come around differently? If so, how?

Blanco: It’s a process that is often changing. As I explained above, I spent more time writing different instrumental parts on this album before turning to the vocal compared with songs I had written previously. There is a much stronger focus on rhythm in this album too. I started a number of the songs with the bass guitar, something entirely new for me, and that definitely changed the focus of the songwriting, gearing it more towards rhythm.

I was listening to a lot of Somali funk music from the 70s and 80s when writing the record, as well as West African assouf blues, Andean music and flamenco too. All of these genres are heavily focused on rhythm, with a lot more swing and syncopation than the straighter 4/4 rhythms I was more used to in music from back home whilst growing up. Each of those traditions has been an obsession for me at different times, and really expanded what I thought was possible in music. They are the main influences behind the songs, and have made me want to be much more ambitious rhythmically in what I write.

Ez: What do you hope people will get from On the Other Side?

Blanco: I hope people feel transported by it in some way. Music for me is a gateway to other places, and in the right context it can connect you to the beauty in the world and feelings of awe and wonder that make it a joy to be alive. Those feelings are where the music is coming from when I’m writing, so I hope the listener can make those connections in their own way.

Ez: Seeing as roughly half of the album is now available to hear before the album’s release, do you have any concerns that too much of it has been revealed? Why / Why not?

Blanco: I haven’t thought about it too much. The way people are listening to music today with streaming is different to the past, so I’m not convinced there is a right or proper way of releasing music any more. I just love writing music and feel very grateful to be doing it as my job, so that’s what’s important to me, and what I hope I’ll keep doing into the future.

Ez: Thank you for your time. I hope the rest of your day is pleasant.

Blanco: You too – thanks for the lovely questions!