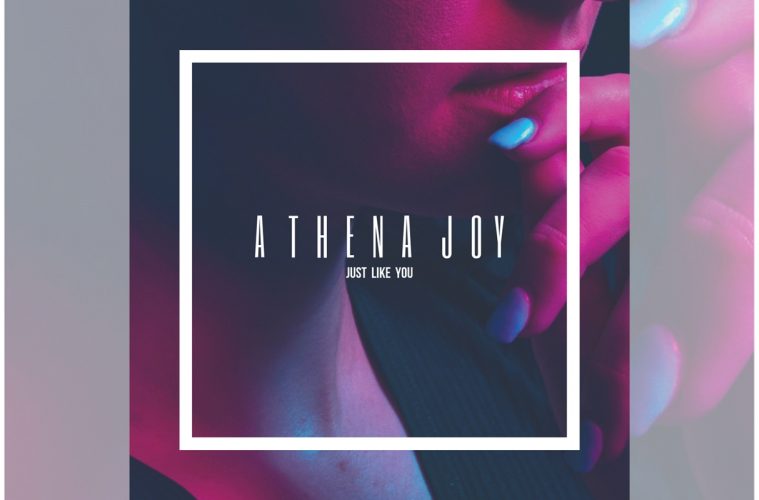 Q & A With Athena Joy

Athena Joy’s single “Just Like You” was recently released, so I asked her a few questions regarding the song.

“Just Like You” lacks an instrumental introduction. Did you feel that having one would be a waste of time, or was it something that didn’t cross your mind?

Athena: Honestly we talked about adding one but it really didn’t make sense for the song. The whole first verse is written as if the emotions are kind of bursting out of you. That’s why the second line is kind of even correcting the first; “I could really lose myself, i almost really lost myself”. I think to add too much of an introduction would take away from that.

Ez: What led you to creating the song predominantly with electronic instead of analogue sounds?

Athena: I feel like it’s really where the song needed to go. Obviously there are some analogue instruments in there as well like piano/guitar but ultimately we wanted to balance those things out with the badassness and strength of some of the electronic elements in there. When it comes to production I’m heavily led by how it makes sense within the context of the song and this time round it needed a bit of a balance between the two but ultimately the lyrics are about finding strength so that’s what is the more dominant of the two in this track.

Ez: There are a few muted, soft sounds within “Just Like You”. In what way do they add to the song?

Athena: The overarching theme of the song is finding strength in vulnerability so it was necessary to represent that sonically as well. For example the second verse is probably the most vulnerable so it incorporates a lot of softer guitar/piano sounds. At the end of the bridge as well there this breath out which was super important to me to have in there.  The whole song felt like this cathartic release when writing it so I really wanted this breath out, like the breath out you do after doing something/getting through something really hard. It’s kind of contemplative but also literal.

Athena: Wanted it to be a huge focus for sure, hence decisions like no intro or having no huge instrumental section or something. We actually played with a few different versions of the song before we landed on this one and some of them had like huge distracting elements in the chorus that sounded amazing but again just didn’t feel right. The lyrics carry so much meaning to me and I didn’t want too much to distract from that and when we sat down and asked what we wanted from the song I really just wanted people to feel like they could sing along and feel like a badass.

Ez: What is it about the message you’re trying to get across that you feel is important?

Athena: I want people to feel like if you’re really going through it right now, you’ve got this. These moments are happening right now to make you stronger. Obviously I wrote this about myself but I feel like it’s an element of being human that we can all relate to. It’s super easy to feel like the world is against you as things pile up on one another- But those times are also what make us who we are.

Ez: Thank you for your time.
I hope that “Just Like You” succeeds in the way you want it to.