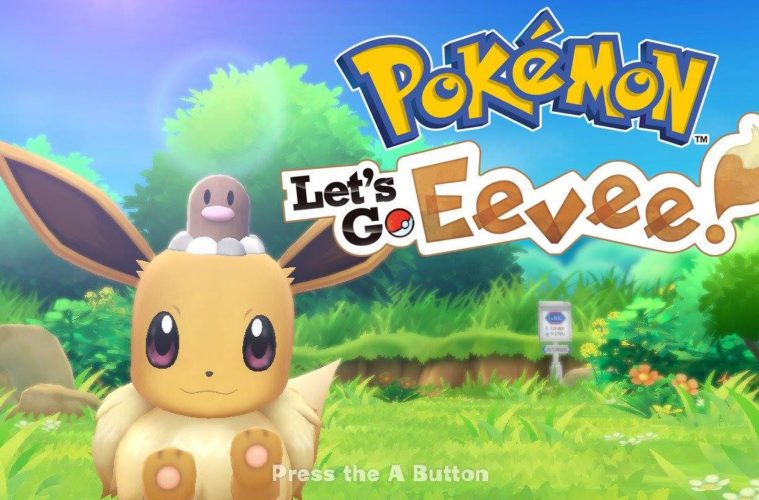 To this day I still remember my first experience with Pokémon. At the raw age of eight-or-so, I sat at a family friend’s house begging for a turn on their Gameboy. Playing Pokémon Blue, I still remember that despite my cluelessness and unfamiliarity with the game something stuck out to me.

Almost fifteen years later and over twenty since the release of the first games, Pokémon is still going incredibly strong. A Pokédex that once held only 151 Pokémon now contains data on a colossal 809 different species spread over seven different generations. From Mega-Evolutions to Z-Moves and Ultra Beasts, the games’ mechanics have undergone incredible change. Yet despite all the transformation, the franchise is still as enthralling as ever.

In the wake of all this change Pokémon: Let’s Go‘s release turns back the clock. To begin this new chapter, the story starts from the franchise’s very beginning as Pokémon trainers both new and old visit the Kanto region. For some, it will be like visiting an old friend. For others it will be an entirely brand new experience. One thing is for sure though, nobody really knew what to expect when they began playing for the first time.

First and foremost it’s important to note exactly what Pokémon: Let’s Go is. It’s an entry point to the Pokémon series for those who have either only ever played Pokémon Go or for those entirely unfamiliar with Pokémon as a game. It aims to serve as a middle ground between both veterans of the series and newcomers. Additionally the games mechanics also cater to this demographic.

Despite occasionally clunky motion controls, the fresh take on the game’s catching and training mechanics are great fun. As I sat trying to catch Pidgey and Rattata for minuscule experience in the beginning I found it frustrating. My pokéballs were flying in every direction except for the one that I wanted them to. I swore and screamed, wishing that the simple wild Pokémon battles would just come back.

But the longer I played, the more familiar I became with the system and eventually it clicked. For myself and others, change to a formula that never really seemed wrong appeared unnecessary; the old ‘if it ain’t broke, don’t fix it’ attitude. It was hard to accept that the Pokémon Company were trying to cater to new fans through implementing the Pokémon Go catching mechanics in an attempt to launch the franchise to new heights.

On the surface the new games are incredibly aesthetically pleasing. Despite being the fourth visit to the Kanto region, Let’s Go feels like an entirely new and original game. The game design is beautiful; from the landscapes to the characters, everything looked so fresh. I struggled to contain the enormous smile that crawled onto my face as I explored the region. 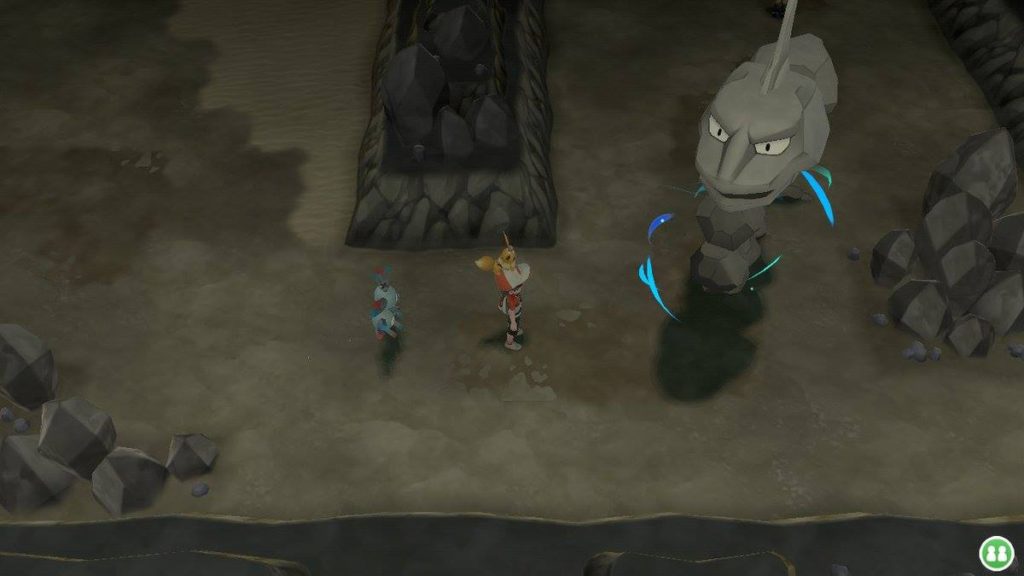 After teasing players in Pokémon Heart Gold and Soul Silver, Gamefreak have finally reintroduced the ability to have Pokémon follow your character. As each Pokémon has entirely unique walking and running animations, I found myself swapping to something new every time I made a new catch because the experience of seeing a new Pokémon following me around the map never got old.

Delving deeper into the games beyond a visual level is where arguments seem to rise about the games quality. In a lot of ways, the game seems incredibly minimal. Whilst obviously built for fun and introduced as a means of integrating Pokémon Go gameplay, the simplification of many of the franchises core mechanics to suit younger audiences seems unnecessary.

Furthermore, the reduction of available moves is alarming. At the conclusion of Generation 7 (Ultra Sun and Moon), there was a total of 676 moves accessible to players. Despite the introduction of several terribly-named moves (take ‘Baddy Bad’ for example), the amount of moves sits at a measly 210. This has enormous implications on both the competitive scene and player’s own playthroughs.

It’s easy to fault the game when comparing it to previous titles in the series. However,  for all of its flaws it undeniably takes enormous strides in the right direction. As the first core game on the Nintendo Switch it seems clear that the developers are attempting to test the compatibility between a Pokémon game and the flexibility of the new hardware. This justifies the inclusion of motion controls. However, with a brand new core series game already confirmed for 2019 it’s entirely possible that these altered mechanics will revert to their original systems.

As for the game’s difficulty, it remains challenging enough to keep veteran trainers interested. However, it’s too extreme for series newcomers. Several of the newly introduced Coach Trainers provide much-needed contest. There’s also still a reasonable amount of strain involved in battling gym leaders and the Elite Four. 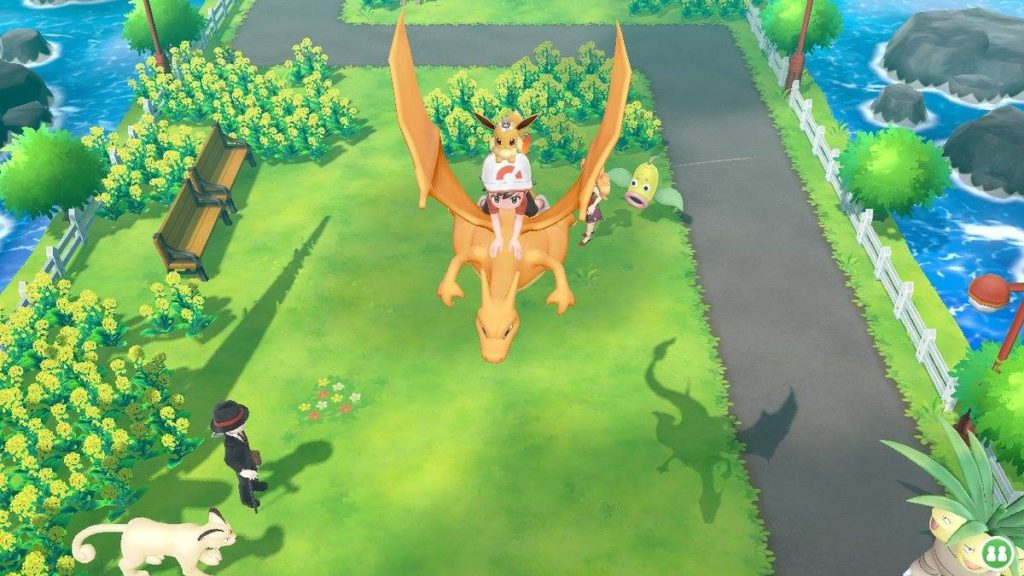 While simple and repetitive the post-game also offers enough for those willing to make the effort to complete the game entirely. With 153 Master Trainers to seek out and battle, there’s hours of continued gameplay for willing participants. The post-game may be dull in comparison to fan-favourites such as Pokémon Omega Ruby/Alpha Sapphire’s Delta Episode. However, it remains more than enough to satisfy me as I eagerly await Generation 8.

Since the original Gameboy there have been reiterations of Pokémon on almost every single Nintendo console; the oft-forgotten Virtual Boy being the only exception. Through over 70 core games and spin-offs, the franchise has become one of the biggest in gaming and is a household name no matter where you go. I believe however, that it is Pokémon: Let’s Go that paint the brightest portrait of the franchises future; more so than any of its predecessors.

Despite its flaws – primarily in the simplification of several core mechanics – these games only tease what Gamefreak are capable of creating. They are simply beautiful games. Pokémon: Let’s Go generates buckets of nostalgia within veteran players while doing more than enough to draw in newcomers. They are challenging yet fun, offering more than enough content to keep both casual and hardcore gamers undeniably satisfied.

Having played through the game, I believe Let’s Go to be must plays for fans of the franchise. It is breathtaking at the best of times and slightly frustrating at their worst. However, it shows enough promise for me to trust that the games coming in 2019 may just be the best that we’ve ever seen.