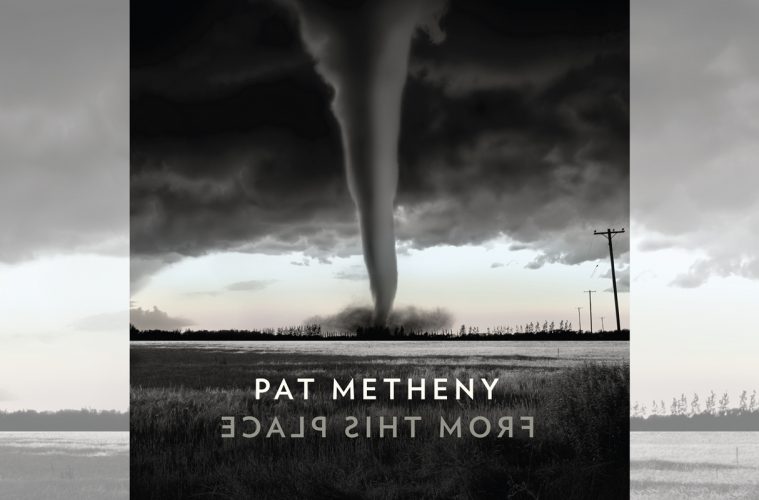 Pat Metheny: From This Place

So I had this plan of writing a rather lengthy review on Pat Metheny‘s From This Place but I was not able to make it work. Instead I’ve written something shorter which I feel is a bit unfair to both the album and Pat Metheny’s career.

A review doesn’t have to be long, but From This Place is an album I feel is worth the time and effort of writing about at length. Whilst appreciable on the surface, the album has a great deal of depth to its compositions. It feels rather cinematic and expansive, and is full of beautiful, lush sound.

A lot of the full sound comes from the orchestration which came after recording the compositions. It’s quite beneficial as it fleshes out a lot of the music and enhances the emotive content. It shines most in “America Undefined”, “You Are” and “From This Place”, but it does work well throughout as it’s often more in balance or subtle than it is overt. However, some parts would benefit from being more naked. The decision to not have the compositions rehearsed before recording gives From This Place a specific energy and thrust which doesn’t always agree with the orchestration. This isn’t a major issue though; it comes up from time to time, but overall there is a good balance when it comes to the orchestral elements.

The album’s compositions sound like they belong to each other, but there is a bit of variation between the songs. There is a great deal of liveliness, but there’s still room for relaxed pieces. “You Are” works well in this regard; it starts off slow, quiet and tender and gradually builds into something more vivid and energetic. Instead of holding onto that energy, the song lets it go and ends quiet and tender. Many of the other compositions are more linear, but overall From This Place ebbs and flows in a really smooth manner.

Part of that is in due part to how the quartet handles the compositions. They work well as a unit, know when to push forward and when to hold back, and when to give room for someone to take the lead. There’s an excitement to their playing when required, as well as a tightness. They also do well at playing softly and more relaxed. If the quartet had rehearsed the material, they still would have done a good job. However, it’s clear that going into the studio without rehearsing didn’t diminish, but instead enhanced their performative strength.

Throughout From This Place there is a strong sense of imagery and emotion. Each piece handles these differently, but perhaps the finest moment of these are on the title track. Featuring Meshell Ndegeocello on vocals, the song carries a sense of both bleakness and determination. Meshell’s sublime voice remains gentle throughout and adds a sense of comfort to the song. It’s almost as though the piece is a reaction to some unpleasant happening and looking to express a solution. It’s a journey that says more than just its words, just like the rest of the album.

From This Place is available here.