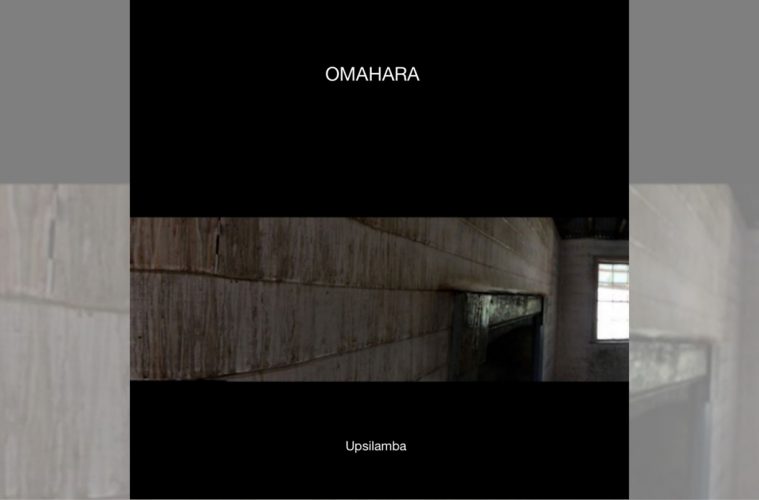 Upsilamba starts off simply. It’s a lot of light, pleasing clarinet. There’s a bit of percussive clatter and noise; both of which disappear, leaving the clarinet to keep on doing its thing which by this point is a bit more energised. There’s a thumping drum beat that holds a bit of fun and whimsy.

Suddenly the clarinet gains context. The music rages. It roars and explodes into a massive cacophony… which eventually pulls back to reveal something clearer and less overwhelming. It’s a shift to something calmer, but by this point it offers little relief.

Simple guitar strums echo out into the emptiness whilst the clarinet relaxes. The percussion resumes its position of whimsy until the part’s end.

“Interlude” continues the simple guitar playing and it continues the echoing out. On its own it feels uneasy, but there’s a bit more breathing space and a bit more time to unwind, which is very much needed.

“Part II” offers the most human moments of Upsilamba. It starts off droning melodically and soon, with careful, firm tone a number recital commences. Distorted sound finds its way in, looking for some sort of prominence or reshaping. The clarinet returns, fluttering around. The number recital continues, becoming more frenzied and unintelligible the longer it goes. The percussion returns; as the melody retreats, the percussion’s intensity increases. The part keeps on filling out and expanding. It just keeps on going.

Suddenly the noise pulls back and guitar rings out once more, though it also oscillates. A simple-sounding drum beat kicks in. It all seems kind of worrisome and melancholic. The notes keep on ringing and building until eventually something more distorted and menacing finds its way back. The drums stay “steady”. As everything seems to descend the mass of distorted sound takes over, though it too ends up leaving so as to let something more clear bring the part to a close.

“Part III” is kind of… well, dramatic is a good way of putting it. It starts off dramatic, at least. Single notes, space, no crushing oppression, but this doesn’t last long. “Lightning” cracks in the background. Impassioned, shouted vocals come in. They are… unnerving, to say the least. Really uncomfortable. Eventually the high noise meets with something approximating a bass sound. It too drones on. Light percussion appears and clarinet flutters about for a fleeting period, percussion rings to a beat, the music briefly stutters before the beat becomes steady and obviously rhythmic.. The drones keep on droning, the music races toward some sort of point far beyond reach… at least for a little while.

The beat, whilst steady, needs to eventually drop out. The drone so enduring and prominent shifts and pulses whilst the vocals now scream over them. Indistinct sounds and the clarinet seems to be racing all over itself. The drone pulses, throbs and heaves whilst the screaming becomes more and more intense. Sounds rise and fall and the vocals now sound tired. There is a gasping for air as they continue on, almost as though they’re unable to stop.

There’s a brief moment of breathing space before the part starts expanding and ramping up once more. It comes close to exploding, but instead suddenly dissipates, leaving a low, pulsing sound to linger at the song’s edge.

Whilst “Part II” offers Upsilamba‘s most human moments, the whole thing offers a highly human experience. As a whole, the album seems to grip onto something deep inside. It’s an intense, visceral record that isn’t afraid to be unpleasant and uncomfortable. It’s also expansive, majestic and beautiful.