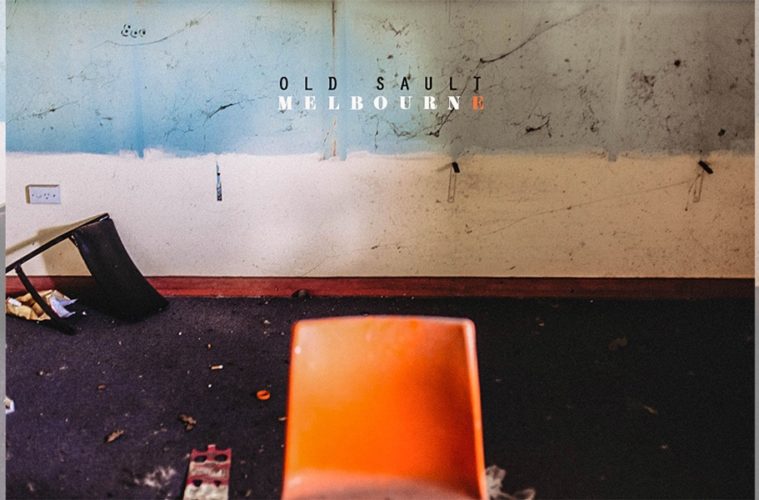 Here’s a quote from the artist regarding the video:

“The intention of the video was not to be some big production or significant story for the viewer to analyse. I wanted it to be simple like the song. Just a brief, raw documentation of a happier time. Nice memories that are painful to watch.”

“Melbourne” itself is, as a song, pretty simple, straightforward stuff. Light and airy guitar and drum work accompanied by other instruments and a slightly husky voice singing subject matter in a mournful tone. That said, the song doesn’t wallow in itself. In a way “Melbourne” feels like a form of reflection in that it carries an emotional weight, but it’s not a song that desires to drag you down.

The accompanying video alternates between performative and non-performative. Old Sault strums away on a guitar whilst partially in shadow. Video footage affected to appear as though from an earlier time shows a person during what is likely happier times.

The video for “Melbourne” matches the song pretty well as it too feels much like it is a form of reflection. It is mournful and airy, and steadily keeps along with the song at a nice pace.

Like the song, the video keeps things simple. The contrast between Old Sault playing and the memory stuff works as well as it needs to. The shifts between past and present are tasteful and frequent. There’s no overload of one or the other, and despite the length there’s just enough of each portrayed.

The video also feels laid back, further carrying across the idea of someone thinking of a different time.

On top of all of that, the video also does well to cover the idea that, even with distance some memories can still be pretty close to us.

“Melbourne” works well on its own as a simple, direct song. However, the video works well in emphasising the emotional, memory aspect without necessarily taking away from the song. Like the song, the video is simple and straightforward. There didn’t need to be any bells and whistles and anything more complex than what it currently is would led to an unpleasant clash.