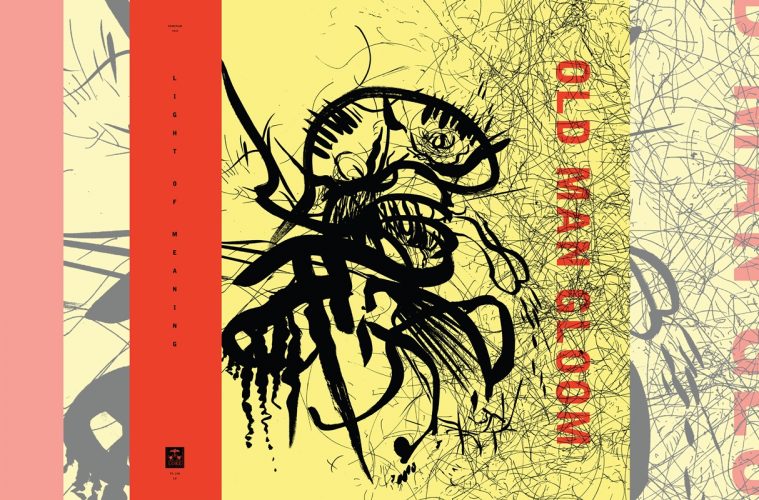 It’s some scuttling noises and what sounds like distorted moaning and mumbling that begins Seminar VIII: Light Of Meaning. Whilst there is some tension it’s a pretty calm section. However, it’s not long before Old Man Gloom come barrelling in and launch into the main body of “EMF”. It’s loud, biting and harsh. The band keep it rather intense and blast their way toward the song’s end where they come to a sudden stop. Their assault brings back some sound; some of which sounds like Gloom are deflating.

Following “EMF” are the sounds of static cutting in and out. A guitar makes an appearance and creates a dragging rhythm. Distorted vocals and simple drums alternating with each other soon join and build on the foundation. Once clearer vocals come in “Wrath Of The Weary” becomes a mid-tempo, menacing song. Near the end its body drops away for a brief moment, then picks up and escalates to a pummeling last gasp before dropping away into a small mass of rising noise.

More ambience. Somewhere under the sound of something that sounds mostly like muffled bass starts to try and rise to the surface. A crackling of static and Old Man Gloom jump out and launch right into the most incisive part of “True Volcano”. It’s a loud and foreboding slice that hurtles forward for little over a minute before suddenly stopping at a wall of twisted vocals. From there the song returns to the muffled bass sound to close it off.

“True Volcano” transitions into “Final Defeat”, though it drops the ambience for little buzzing sounds early on. They start as quick bleeps before they harmonise with each other. Something lower grows in prominence, then disappears. The buzzing gains some more room to draw out and hold attention. Once its time is up it halts just before the song becomes this sharp, lurching thing.

Eventually the song widens into a spacier section that steadily fills with noise. It increases in mass until Old Man Gloom stop and let it spill. The noise flows out and keeps growing until it suddenly stops. At this point “Calling You Home” takes over with what sounds like scraping. A lone guitar appears and lets its solo rings out into the song’s space. Soon a guitar chugging away somewhere near the edges joins in and moves closer toward a central point.

When the solo stops and the vocals start the guitar playing becomes much more melodic. Some of the words aren’t quite clear, but there seems to be quite a bit of questioning. A sense of melancholy begins to build as the section progresses. Someone whispers “I am calling”. As with additional vocals, percussion makes its way in and builds a sense of intensity in time for the song to thicken. Old Man Gloom chant “I am calling” before they shift once more and let the emotional weight fully come forth. “Calling You Home” was big before, but now it becomes absolutely massive and climactic.

More various beeps and buzzes start “By Love All Is Healed”; though drums and bass don’t wait long to diminish them. The guitar cuts in a few times and the song kicks off with a rolling, heavy thrust. A brief, heaving passage soon follows which leads into the riff from “Procession of the Wounded”. Soon this shifts into a vamp that the group keep going through to the song’s end.

A bit more noise builds up around the vamp before a broken-sounding solo takes over. Some noise flickers in and out around the solo until it comes to an end and the song thickens. The vocals come back in. The noise keeps on building, turning the song into something towering.

“BY LOVE ALL IS HEALED” the band screams. Eventually the song reaches a point where it sounds like it will engulf everything. Suddenly most of it stops as one last scream reaches out. Rhythmic percussion keeps going though that also soon ends, leaving a plink alone to close off Light Of Meaning.

Compared to Darkness Of Being, Light Of Meaning is noisier, more experimental and significantly more aggressive and intense. There’s a greater willingness for soundscapes to stretch out as well as keep the louder stuff brief. There’s also a greater willingness to allow for auxillary sound to overlay the louder sections. At times it seems like Old Man Gloom were trying to create some sort of extreme force of chaos whilst retaining a strong sense of structure running through everything.

Whilst I had a stronger reaction to Darkness Of Being, I don’t think it is better or worse than Light Of Meaning; They’re both emotive records originating from one desire. Light Of Meaning is more full on, but it provides just as much of a heartfelt and touching listening experience.