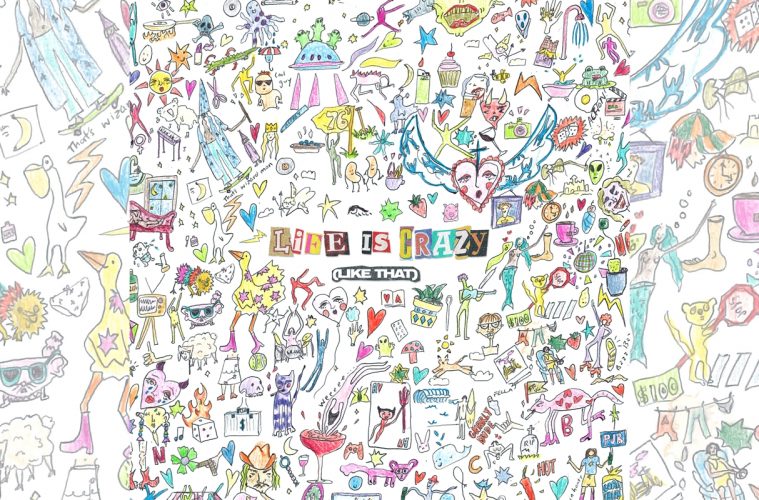 Remember rock? Remember how rock rocked? It didn’t stop rocking? Okay, whatever. That doesn’t matter. I’m just trying to buy time before I start talking about this single by this band. The band goes by the name of *checks notes* OK Hotel. Apparently they think that “Life is Crazy (Like That)”.

OK Hotel have created a little ditty that’s big on simple and straightforward. Loud, controlled instrumentation delivers a rolling, driving sound quite good for singing along to. The choruses are big, the sound is big. Stands to reason that the whole thing would be big then. Big and catchy, with all the hooks and the wording in the right places.

It’s interesting how the really upbeat-sounding instrumentation and passionately-sung lyrics belie a suggested meaning involving some sort of deeper menace or torment. If that is indeed the case, then it’s surprisingly subtle for what is a rather loud and “in your face” song. It’s also quite appreciable quite appreciable as, considering the lyrics and the rest of the song, it would’ve been easy to have everything be as overt as possible. Instead there’s just enough extra under the surface to prevent the song from being one-dimensional.

The performance is tight and the vocals work well, though perhaps an easing off the “max everything” when it came to the vocals would work a little better in their favour. Kind of makes “Life is Crazy (Like That)” a bit “monotonal” so to speak, but the whole thing flies by pretty quickly anyway so it’s not that big a deal.

“Life is Crazy (Like That)” is rather enjoyable, if a little milquetoast. But hey, there’s a good deal of gusto behind it, as well as a rather strong performance. It’s also got a good punch and energy behind it which helps it move by without a hitch. It’s a tightly-packed song full of no more than required to have it sound fully-formed.