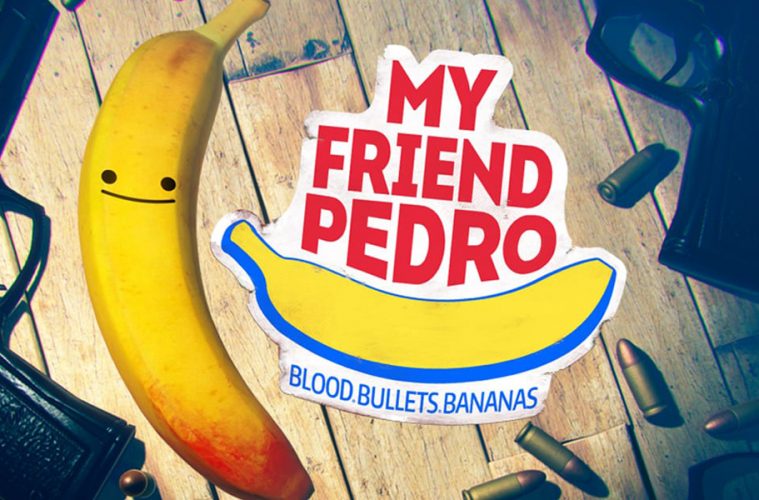 This shit is Bananas!!!

Stylish, over the top bullet hell side scrolling action bought to you by of all things a banana, DeadToast latest game ‘My Friend Pedro’ is all style and flair with an infectious gameplay routine that will have you pirouetting around the levels in a hailstorm of bullets for hours.

‘My Friend Pedro’ is based on the age old tale of a violent ballet performed around one man’s struggle to obliterate everything and everyone in his path at the behest of a sentient banana… because like why not?

This game will challenge you through multiple levels as you are forced to learn and master a mix of split-aiming and slow motion techniques to clear entire floors of enemies all whilst somersaulting and twirling through the air like a candy wrapper stuck in an updraft, bouncing bullets off frying pans, and kicking skateboards into your enemies heads… nothing makes sense but it really doesn’t matter.

But of course I hear you ask, ‘who the hell is Pedro?’ Well friends he is your talkative potassium filled friend the floating Banana that follows you around the game handing out helping little hints on how to kill the different enemies types whether that be the gamers driver to madness by violent video games or the Christmas themed bounty hunters. Pedro is there to explain things and give you some idea of what the story is, but if you really want to embrace the fun of the game you’ll probably gloss right over those moments and focus on more on trying to find the best Devil May Cry-esque way to score points whilst dismembering enemies with whatever tools you have at your disposal.

The Gameplay is stunning, with the need to unlock and discover new combos driving you through the levels whilst Pedro hands out points and scores. There is a leaderboard, and the replay-ability of the levels will leave you there plotting out your best plan of attack, I did sit there for a good ten minutes trying to figure out the best way to ride a barrel at one enemy until I could jump off an reign fire from above with my dual-wielding guns. The fluid movements and Matrix style slow motion action pieces give you a real power trip as you mow down the scores of enemies that run at you wondering to yourself ‘is this excessive’ to which the answer is also a resounding… no.

Not for a second whilst neck deep in this insane game did I ever feel tired of the premise, the levels are short, snappy and offer a high level of variety to them so that no matter how long you’re playing for you’ll always feel engaged. You could play the game for the story, but I feel it’s just more fun when you run in all guns blazing to unleash a crate full of havoc upon the level. Coming from a developer which I think is just one guy, ‘My Friend Pedro’ may be one of the greatest games the Switch has received this year, and the perfect game to sink a solid amount of hours into.