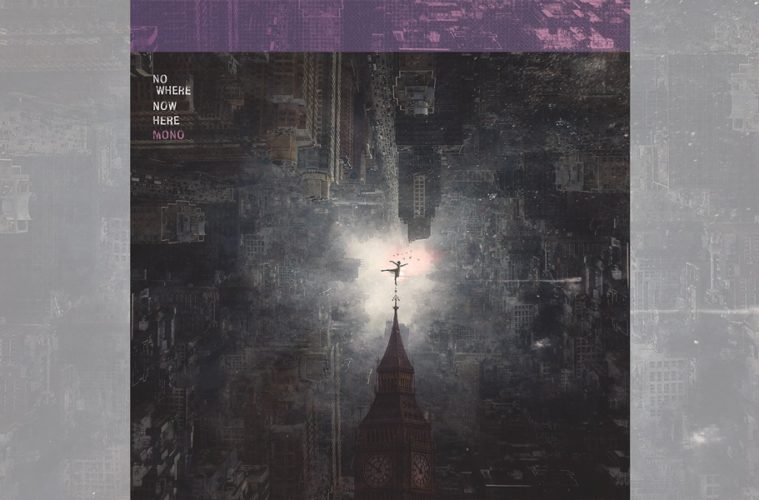 MONO: A band with a lengthy career in music, which is more than what I can say for myself.

Never the purveyors of technical skill-oriented complexity MONO have certainly crafted their fair share of great, moving pieces. Nowhere Now Here, their latest effort is of course another MONO banger.

Oftentimes MONO don’t go for the easy payoff. Whilst there is a great deal of rising and falling in their music, MONO give more than a build to another big dumb rock ending. A lot of the layering and textures have an intricacy to them that isn’t immediately obvious. In realising them the climaxes become so much more climactic and the payoff much more earned.

It’s more about the journey and the way it gets to the ending rather than the ending itself. However, the finality of each song still is important. MONO built to the closing moments and as such those endings are as much a part of the movement of the song as everything preceding them.

Whilst strong on melody, the songs don’t seem focused on that aspect. The focus seems to be more on how each part comes together to form the whole. As previously mentioned, there’s a lot of layering and textures. It’s clear that a lot of care has gone into making sure everything works together for the songs. However, that’s not to say that Nowhere Now Here is flat or emotively lacking. In many ways the album is quite dramatic and sweeping.

In part this come through due to MONO working with Steve Albini. Nowhere Now Here is a very dry-sounding record.  Whilst beneficial for more sparse music, here it brings forth a greater liveliness to the songs. The quiet vs. loud dynamics stand out much more from each other without feeling like a flat shift between. The drums sound so much harder and bigger whilst remaining firmly a part of the songs. The guitars sound like they’re raging and ragged when loud, but also remain a good fit among the various instruments.

Anything outside of the guitar, bass and drums stands out a lot more as a strong element of the songs. Often they enhance the sweeping nature of the songs, add more texture and melody and help fill out the space whilst also sitting a little bit behind the main instrumentation.

The drama of their music is readily apparent, and whilst there’s times of little space, Nowhere Now Here seldom (if ever) becomes claustrophobic.

If there is one issue that affects Nowhere Now Here, it is that often the songs go for longer than they should. The slow burn works well and helps a few of the songs reach their climactic peak quite well. However, at times the songs peter out before they hit the closing moments. Whilst MONO sound confident in what they’re doing, there is no reason as to why the songs could’ve been a bit tighter. There’s a leanness to their running but they hit a point where they bloat. The songs could have come to an ending point that would have been as natural whilst saving time. Instead, whilst aware of it, the “hit” for the songs gets a little less impactful over time. That said, the bloat is not a deal breaker.

What MONO have really done well is avoid the trite, easy reach for emotional catharsis. The music is working so much harder and generally veers away from the easy grab. There’s a genuine sense of payoff that’s difficult to replicate without the effort, and as such MONO sound like a band putting in a lot of work. Nowhere Now Here is flawed in parts, but this doesn’t stop the album from being a great work.