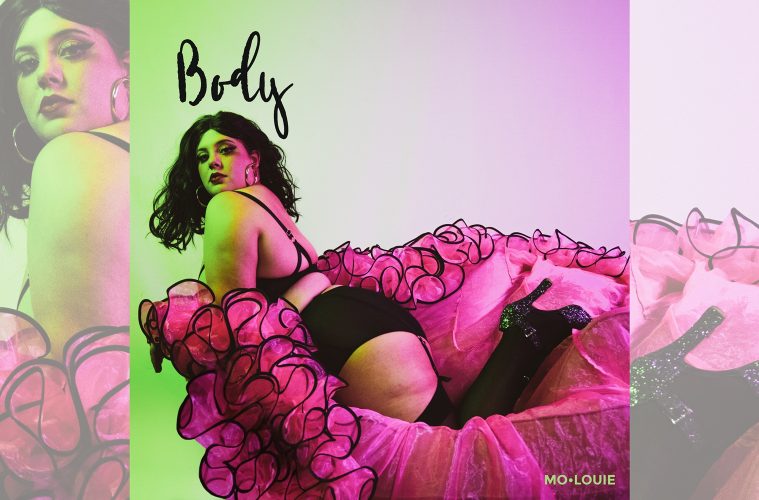 Mo•Louie makes music under the name Mo•Louie. Under the name of Mo•Louie, Mo•Louie has released “body”, a song that doesn’t spend much time being indirect about what it’s saying.

So what is there to say about “Body”? The song is fairly low on bells and whistles and just really straightforward. A lot of quiet, soft synth sounds among a pumping beat. A funky, unobtrusive bass runs through and sits nicely among the other sounds. The melody is low, sort of quiet, textured. Sort of aggressive but without being confrontational. The song remains pretty steady throughout and offers some slight variations without rocking the boat too much.

Generally the delivery maintains clarity and so there’s little in the way of misunderstanding meaning. Where it can get a bit murky is in some of the vocoding, but on repeat listens those also become clearer. However, whilst some of the vocoding works, some of it is rather grating in that it’s too excessive in places. Still, where it works it works well and builds on the other sounds nicely. “Body” has this sort of “futuristic” sleekness to it, perhaps due to how unabashedly pop it is. During the chorus sections, the vocoding on the vocals seems to make them meld with the other sounds. It really emphasises that sleekness and gives the song a bit more oomph without making it come off as brash.

“Body” is quite catchy; it can easily lodge itself in your head. More importantly, what “Body” gets its message across well. Aside from some lines, everything is pretty direct and effective in that directness; Mo•Louie doesn’t mince words and it’s easy to see why that works best for the song here. But anyway, overall it’s a neat little song. There are some things that don’t quite work, but the whole thing does what it needs to well.