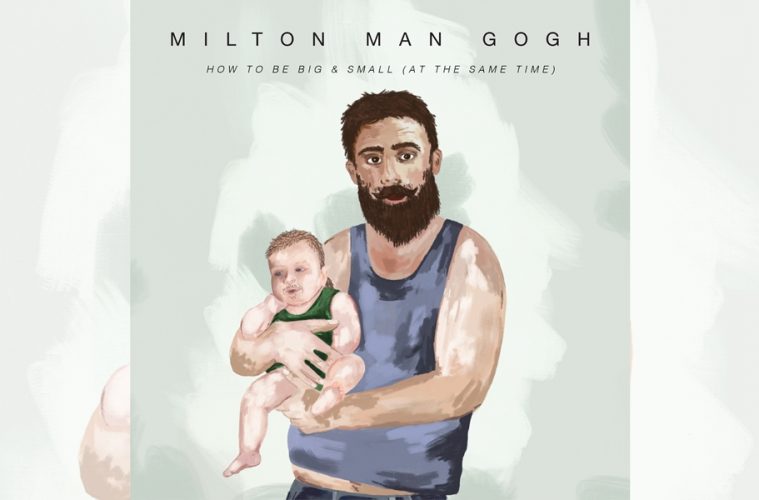 Milton Man Gogh: How To Be Big & Small (At The Same Time)

I saw Milton Man Gogh last year.
Unless I’m remembering things incorrectly (which I likely am), How To Be Big & Small (At The Same Time) presents a very different Milton Man Gogh to how they were when I saw them.

Milton Man Gogh sound very much like a jazz band that sound as though they pull from a number of different elements to craft their sound. A number of the songs are pretty punchy, angular and warm, and there’s an overall conceptual feel throughout the album.

Whilst at times it seems like someone takes the lead, overall the album is a group performance. The members weave in and out of each other, almost in a way that challenges each other to be the best they can in any given section. There’s a lot of effort going in which translates into some really fine, strong sections.

“How to be Big & Small (At the Same Time)” is one of two of the album’s songs to feature vocals. The singer makes good use of elongated notes for expression, and Milton Man Gogh play gently and minimally behind her. It’s a song more about mood than performance, sounding sensual and mysterious whilst remaining as playful as the rest of the album.

The second, “Small Town Hero” is a bit more of a performance piece. It closes off the album with some light instrumentation and vocals that get across a sense of fondness. It strongly invokes image through being really clear, light and airy, but it doesn’t force imagery upon you.

Despite some slight excursions “Small Town Hero” is probably the most traditional-sounding song on the album. The song pays respect to musical history, but it also looks forward. After all the excursions through sound, the song makes for a really nice, pleasant and appropriate way to close the album.

Probably the best qualities that Milton Man Gogh exhibit are their fluidity and flexibility. They’re able to move around each other and shift gear with what sounds like no difficulty whatsoever. There’s a smoothness to how each song progress and little, if any sounds awkward. This leads to How To Be Big & Small (At The Same Time) containing some really strong songs. There’s a kind of flippancy to the album mixed with a great deal of passion.

How To Be Big & Small (At The Same Time) is available here.