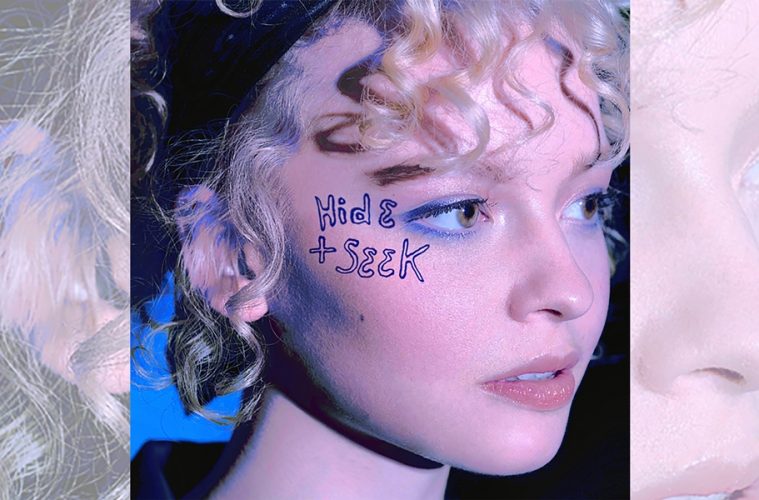 Across the seven tracks on Hide + Seek, Millie Turner’s vocals hold front and centre. The music has its own identity, but seldom steps forward, instead preferring to remain as a framework for the songs. As Millie’s voice takes prominence, she needed to make sure that it didn’t falter; it doesn’t. Often Millie sounds rich with emotion and confident in her ability to deliver. Her voice has a fullness that helps to justify it being at the forefront.

However, that doesn’t really say much about the music itself. Predominantly electronic, there’s a highly rhythmic feel to each track that helps to keep things going forward. Often there’s a bit of detail in each track; sometimes enough to provide an ornate feel, but often just enough to add a bit of textural depth. Much of the sounds are somewhat low-key, but big, semi-booming sounds make an appearance when required.

There are a few moments where the tracks veer a little too close to stock-standard melodies. Generally it doesn’t affect how the songs sit with each other, but it feels a bit like playing things a little too safe and hurts Hide + Seek‘s ability to stand out. That said, the songwriting is pretty slick and smooth. No song feels its length, songs get large when they need to, every sound sounds like it belongs.

The EP itself has a really great flow. It starts kind of laid back and loose and ends up rather tight and energetic. It’s not quite subtle, but the transition is gentle. The tracks make more sense in their order and an overall sense of journey ends up coming through.

Of note is the spoken word track, “Spoken Word”. It’s difficult to say as to how much it adds to the EP; It feels a bit forced into the track list, but it’s also rather brief and doesn’t do too much to detract. That said, it would be interesting to see how Millie Turner would dig into spoken word if she decides to further explore the format.

Generally Hide + Seek highlights Millie Turner’s strengths well. Her vocals remain passionate and consistent throughout each song, and she knows how to get a lot out of her delivery. She also makes sure to work with the underlying music to the fullest extent she can. The songs sound well-developed, honest and work well in conjunction with each other. Some parts are weaker than others, but there’s a lot of potential on this rather solid release.