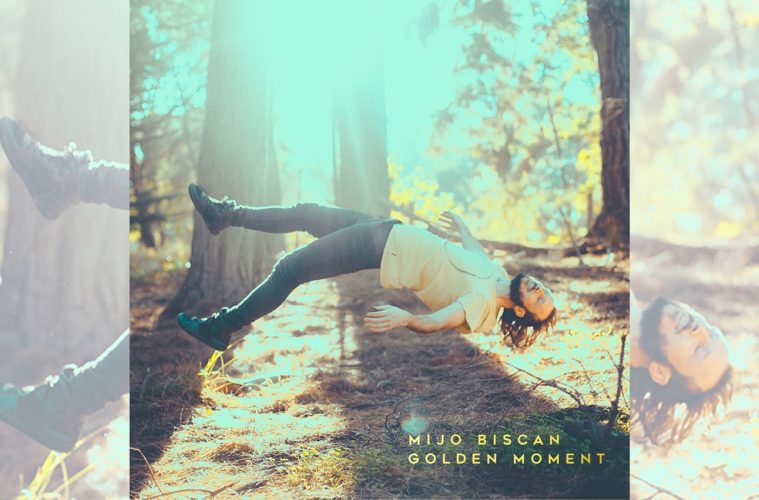 Golden Moment‘s introductory seconds of opener “Oh Raven” feature a growing cacophony of sound which it promptly discards once it reaches its main footing. It’s a highly dramatic section that the song never revisits which is okay as it doesn’t overstay its welcome. However, it also feels a bit disconnected from what comes after.

The rest of “Oh Raven” remains pretty dramatic but is much more “rock”. It feels as though there’s a great deal of emotion which overflows a little, but it makes for a nice start due to its driving sound and sense of confidence.

Following “Oh Raven” is “You’ve got Your Life”; a highly upbeat surf rock song that asks what you will do with the time that you have. It’s pretty tight and carries a great sense of rise and fall. For the rest of the album it kind of fits, but its placement is jarring.

The sudden shift in tone from “Oh Raven” to “You’ve Got Your Life” is… well… harsh. The shift to “That’s so Pretty” is less so, but still a bit off due to the swerve in tone and energy. If “You’ve Got Your Life” came later  it would likely fit better, though the issue might be with “Oh Raven”. Ultimately both songs are fine; they’re not unwelcome as they fit with the album’s variability, but overall they sound a bit out of place.

That said, as Golden Moment goes on it becomes apparent that the album has a strong sense of identity. The songs from “That’s so Pretty” onward overtly connect to each other and just flow really nicely. Some moments go for the melodramatic; others aim for the triumphant. There’s a lot of pretty use of melody spread throughout, and a fair share of songs carry a sense of playfulness.

In regards to playfulness, the part where “Guilt Shame Horror” focuses on the saxophone and violin stands out particularly well. It’s this fun, yet dramatic-sounding section filled with passion that’s just a real joy to hear. The section makes for an upward shift in energy that fits with the preceding quieter section whilst ushering in the rest of the song with ease.

Golden Moment‘s vocal harmonies and melodies are a real treat. Mijo moves easily between sounding gentle and highly impassioned. Sometimes he pushes a little too hard with an emotive delivery, but otherwise it’s just a solid vocal performance.

Whilst the vocals are prominent, they don’t dominate everything. There’s a fair bit of space for the instrumentation to shine which it often does. Sounds come and go as necessary, making the Golden Moment feel that little bit more dynamic. In particular violins become fairly prominent toward the end of the album which, as they build on and emphasise melody and don’t show up too much early on, makes for an appreciable nice touch.

Golden Moment is full of solid songs, such as the upbeat “We’ve Got the Numbers”, the more relaxed and slower “Twin Flame”, and the cosy, sweet closer “I Remember”, but this doesn’t say much as the album is consistently good. It feels much like a group performing these songs together; a group that really wanted to do the best they could. The sound is rich and the melodies come forth nicely. The vocal performance feels very much a part of the songs and adds a lot to the album’s emotional content.

There are some flaws, but overall Golden Moment is a satisfying, well-crafted album.

Golden Moment is available through here.