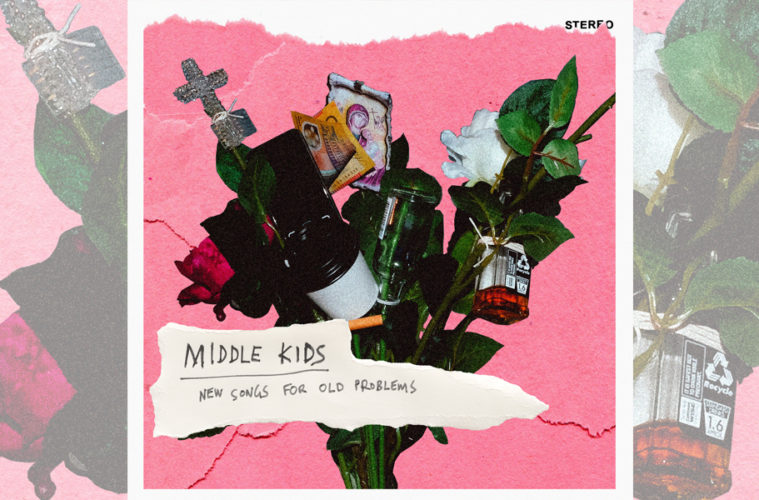 Riding off the wave of their 2018 success, the Aussie trio that is Middle Kids have done it again. Their second album, New Songs For Old Problems, will grace your ears with the same magical tones that won hearts when they broke onto the music scene in 2017.

On opener “Beliefs and Prayers” lead singer and songwriter, Hannah Joy sells a rambunctious fanfare to navigate the waters of deceit and dishonesty. The intense and anthemic indie rock sound is reminiscent of the backing track in the pivotal scene of a dramatic blockbuster; it will leave you wanting to rekindle with a long lost lover in the rain.

Following “Beliefs and Prayers” is the more delicate (and new crowd favourite) “Salt Eyes”. This self-indulgent ode to inevitable disappointment of arriving at a party escorted by only liquid confidence seeps with the woozy vulnerability felt only by 20-something-year-olds. Drummer Harry Day expertly navigates the emotional minefield of a track with equal parts irrationality and poise. Delivered with a solid serving of the high-hat, the catchy beat will take control of your feet.

The album continues with a dégustation of breezy singalongs like “Real Thing” and “Needle”, mixed in with some unhinged soul searching through “Call Me Snowflake”. Through these the trio colours their guitar, bass and drum arrangement with a palette suggestive of a larger, more experienced band.

But the music is as beautiful as it is serious. It takes inspiration from life’s big questions; particularly the unfruitful quest for meaning and inability to quell the millennial anxiety phenomenon. If New Songs For Old Problems is typecast by its juxtaposition of expert execution and self-doubt directed lyrics, then final track “Big Softy” is the perfect motif. Though the multi-instrumentalist band-mate Tim Fitz fades the final notes of the track into the abyss, this tune will have hoards of concert-goers swaying in unison for an abundance of festival seasons to come.

New Songs For Old Problems is true to its name; it’s a melodic and smooth cure to any woe. From the opening song to the final fade, the audience is transported into the collective soul of this unified trio. The album is true to Middle Kids’ character and gives you the sense that they’re not playing for an audience; they’re playing as an antidote to their own ailments.

New Songs For Old Problems is release May 24th and currently available for pre-order here.