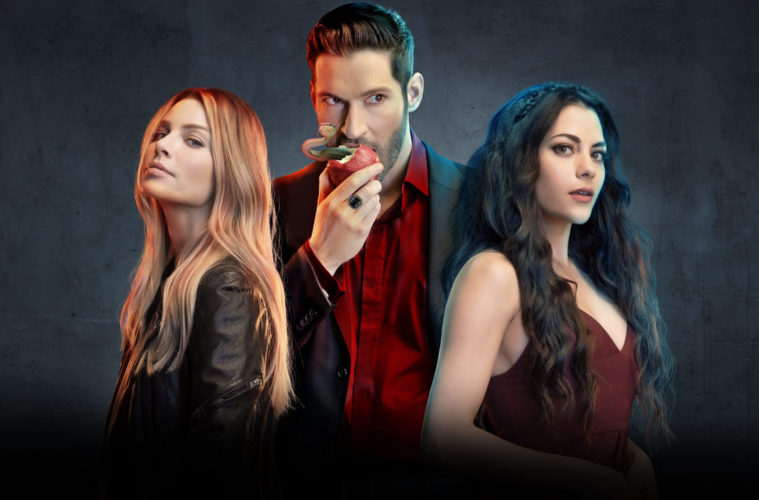 After the season three cancellation, fans rallied to support their beloved lord of hell, Lucifer. Thanks to the support, Lucifer was resurrected (so to speak) and moved over to Netflix. A lot of fans feared whether the tone of the show would change (similar to that of when Constantine moved over to the Arrowverse).

Thankfully, Lucifer has very much stayed the same with the exception of showing more skin.

Lucifer‘s fourth season starts a month after the events of the third, where Chloe Decker (Lauren German) had just discovered that her investigative partner, Lucifer Morningstar (Tom Ellis), was actually the lord of hell.

The season starts off really well. It introduces the characters and by the end of the first episode, they’ve established the season’s tone and provided a story thread.

The main arc focuses on Lucifer and where he belongs; in hell or on earth. Whilst this motif plays throughout the whole series, here it’s further focused upon. Unfortunately, the side stories and character arcs of this season seemed pretty lacklustre.

Overall the character arcs all ended rather abruptly with little to no build up or were never explored far enough. The abrupt endings to the character arcs made it feel like they didn’t progress, instead reverting back to previous seasons’ characterisation.

Additionally, because these arcs weren’t explored thoroughly, their motives and ideals felt half-baked. If you were new to Lucifer and came in at this season (for whatever reason), you’d have no idea what was going on with these characters. Basically you’re required to watch the previous season to understand half of what was going on.

One of the more thought-out arcs was Amenadiel’s (D.B. Woodside) and Linda Martin’s (Rachel Harris). It revolved around Linda’s pregnancy and her half-human, half-angel baby. Unlike the others, this one related to the main plot and provided the ending with a bit more substance.

Unfortunately there wasn’t enough substance all around. The problem could be in the network transfer, lazy writing, or the season being only ten episodes; the shortest season of Lucifer yet. To tell such a complex story and give the characters enough time to shine, they needed more time for us to explore their issues. The show is very much about the characters around Lucifer, as it’s what gives him context as a character.

It’s why we care about the supporting characters like Ella Lopez (Aimee Garcia) and Mazikeen (Lesley-Ann Brandt). Ella’s story revolved around her issues with God from the season prior which led to her being more free-spirited and wild. Whilst she makes up with God by this season’s end, we’re not really provided with much solid reasoning.

Mazikeen’s arc also seemed to go everywhere. It was jarring to see her move from so many other plots to her own in the last four episodes. Overall it felt like some of the characters didn’t really grow if you compare season four with the prior ones.

Story issues aside, Lucifer season four was pretty good. The actors continue to portray their characters rather well; especially new-comer Inbar Lavi (who plays Eve). It’s always interesting to see if newcomers can assimilate into the characters and, in this case, Lavi did a very good job. She was a welcome addition to the team and played very well with the rest of the cast.

Lucifer has its faults, much like any other show. That said, the show has always been a fun show and this season is no different. Whilst it could have used some story revision, season four remains an enjoyable ride that takes you all over LA in classic Lucifer fashion.

Now that Lucifer is free to be more scandalous due to the move to Netflix, there are high hopes for the next season to be even hotter than this one. It’s definitely worth the watch if you have the time.