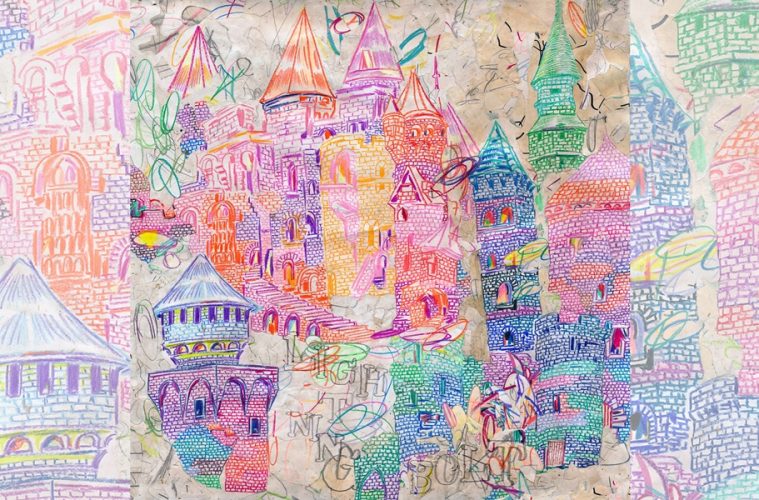 The album doesn’t start running so much as it does rocketing. “Blow to the Head” makes a strong impression as it’s the sound of a band going all out and then some. There’s so much force and energy in the first eighteen seconds that the song almost becomes the entirety of its title. Once the vocals and scaling bass lines kick in “Blow to the Head” becomes even more full-on.

Whilst the album is somewhat in the same vein as “Blow to the Head”, some tracks are less extreme; A few come close to having pop-like structures. “Don Henley in the Park” stands out in this regard, being mostly airy and light compared to what’s on either of its immediate sides. It’s a song that makes for a nice break before getting back into the thick of things.

“All Insane” is probably the most straightforward, ballad-like song on the album. It’s a bit more grounded than “Don Henley…”, what with its really straightforward bass lines and drumming. The vocals seem a bit simpler and more clear than on other songs, and they seem to be expressing something vaguely uplifting.

If “Van Halen 2049” didn’t exist, then “All Insane” would be the right closer for Sonic Citadel.

“Van Halen 2049” sounds like Lightning Bolt carefully avoiding descending into a complete and utter mass of chaos. Lightning Bolt sound absolutely free in a way that suggests that perhaps they were holding back beforehand. They make the song’s discordance work with the rhythm, making it feel all-encompassing and immense. It’s the best choice for closing Sonic Citadel. None of the other tracks would’ve worked as well.

Overall Sonic Citadel is a wonderfully whimsical album. At first it seems to drag, but on repeat listens it feels like it compresses itself a little bit more, though not with every track. Dropping one or two of the songs might’ve made for an improvement. Maybe. It’s difficult to tell.

However, it’s clear that Lightning Bolt take to their songs in a way that puts bands far younger than them to shame. There’s a strong sense that they find what they’re doing exciting. It comes through so much that despite being overwhelming at times, Sonic Citadel is both fun and satisfying.